Were Strollers Left at Poland Train Station for Ukraine Refugees?

Ukrainian refugees have been met with food, supplies, and additional transport upon arriving in Poland. 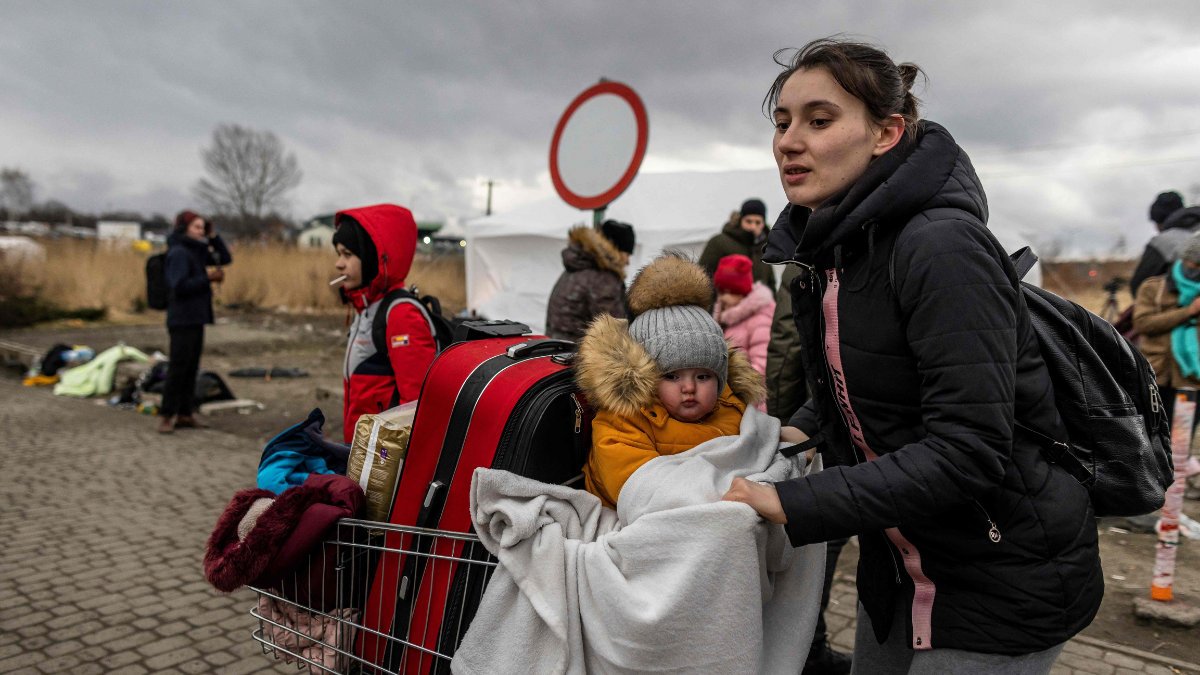 Claim:
A photograph shows a group of strollers that were left at a train station in Poland for refugees fleeing Ukraine.
Rating:

In March 2022, as Ukrainians fled their home country after Russia's invasion, a photograph started to circulate on social media that supposedly showed an act of kindness from one of Ukraine's neighbors, Poland.

A picture showing a line of seven strollers at a train station was widely shared on social media with the caption: "Parents in Poland left their baby strollers in rail road stations for the Ukrainian moms that fled carrying their children."

This appears to be a genuine photograph that truly depicts a set of strollers that were left for Ukrainian refugees.

This photograph was taken by Francesco Malavolta, a photojournalist covering the conflict in Ukraine. Malavolta posted this photo to his Twitter account on March 3, along with the caption "Passeggini lasciati in stazione per le donne in arrivo dall'Ucraina con neonati," which translates from Italian to "Strollers left at the station for women arriving from Ukraine with babies."

This photograph was taken at the Przemyśl Główny train station in Poland — the name of the station can be seen on the building in the background — and this station has truly been a destination for Ukrainian refugees. Polskie Radio, Poland's national public-service radio broadcasting organization, reported the following (translated via Google):

Refugees coming from Ukraine are accompanied by great emotions, fear mixed with joy that they have managed to escape from a country overwhelmed by war. However, you can also experience anger, sadness, and bitterness. Many of them do not know languages ​​other than Russian and Ukrainian, some of them are abroad for the first time.

Przemyśl is one of the first places they stop. - Recently many people have come to us from Odessa, the next train will come from Lviv - says Janusz Łukasiewicz, station commander on Polish Radio 1. - Some people have joy in their eyes that they managed to escape, others with sadness - and a great longing for those who stayed in the country - are waiting for what will happen next - he adds.

In Przemyśl, the humanitarian aid center operates in the building of the former shopping center. Hundreds of people from Ukraine come here every day, mainly women and children. In the center there are accommodation places, medical points and a pharmacy. From the adjoining car park, among others, buses depart, both inland and abroad. Refugees get a warm meal, the most necessary things and a place where they can rest before their onward journey.

Here are some additional photographs of the scenes at this Polish train station.