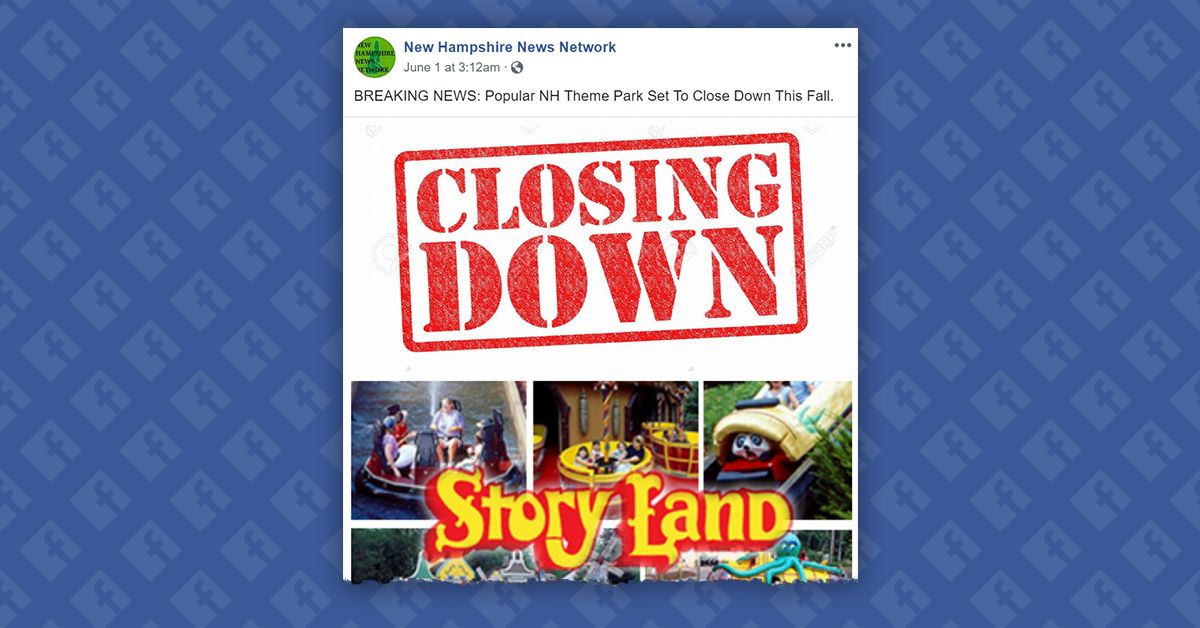 A number of Facebook users encountered a message on 1 June 2018 that seemed to break unfortunate news about the closure of a popular amusement park called Story Land: Despite its name, the "New Hampshire News Network" is not a genuine source of news and information, but an entertainment Facebook page that posts satirical content about life in the state. A disclaimer on the page's about section reads: "We are a satirical news source based out of New Hampshire, proceed with caution."

The amusement park also released a statement debunking the rumor, and assuring New Hampshire families that they have no plans of closing their doors any time soon:

Hello everyone. Please do not believe everything you read on the internet. Story Land is not closing it's doors for good this fall. There are many more wonderful years ahead!