A photograph from a 2011 labor strike in London was repurposed to spread a goofy meme about Gatorade being made from real alligators. 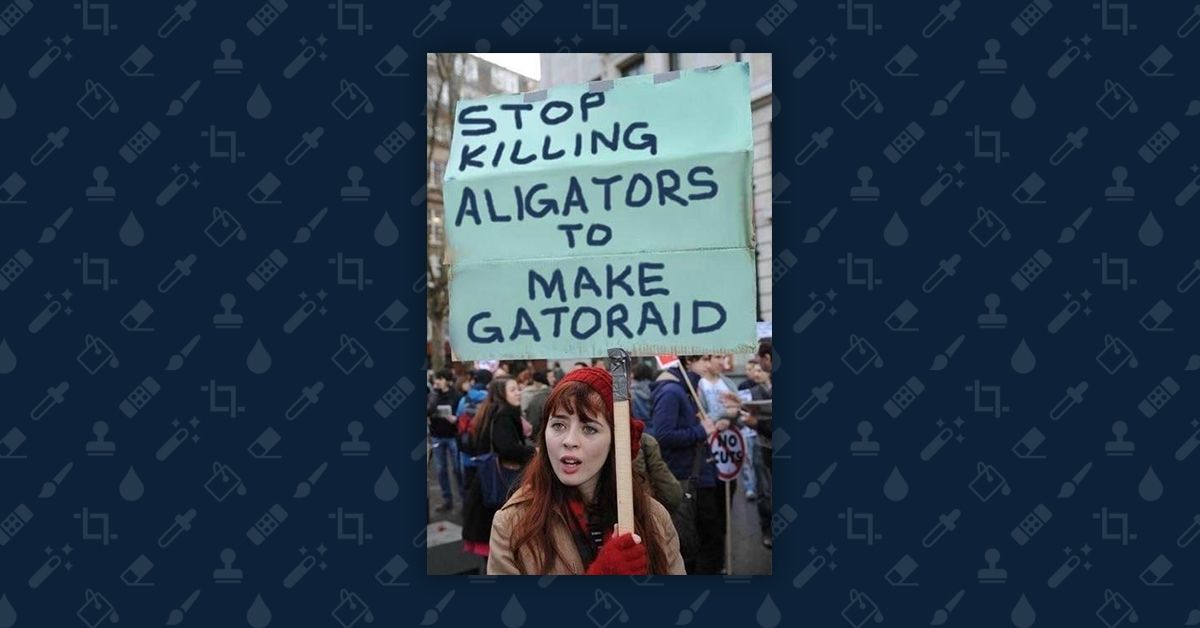 If lemonade is made from lemons, what is Gatorade made from?

This preposterous question has been around ever since it was jokingly posted to the Yahoo! Answers forum, quickly becoming a persistent Internet in-joke. The humorous tidbit evolved over the years, as such things tend to do, as it was posted to a multitude of platforms.

Although the meme was almost always shared with a wink and a nod, some were confused when they encountered it: The image became even more plausible for some when it started getting shared in a political context. We found at least two Twitter users who shared this image as if it displayed the "liberal logic" of a genuine anti-Trump protester: The original version of this image featured a woman holding a sign which bore the rather understated slogan, "I'm Really Not Happy About This." It was taken by photographer Stefan Rousseau in November 2011 as an estimated two million public sector workers went on strike in London:

Tens of thousands of people joined rallies around the UK as a public sector strike over pensions disrupted schools, hospitals and other services.

About two-thirds of state schools shut, and thousands of hospital operations were postponed, as unions estimated up to two million people went on strike.

The TUC called it "the biggest strike in a generation". The prime minister described it as "a damp squib".

Twitter user and photographer @HeardInLondon also captured a photograph of this woman with her "I'm Really Not Happy About This Sign." Here's a look at Rousseau's genuine image (left), the doctored fake (center), and @HeardInLondon's image (right) for confirmation: Additionally, while we don't doubt that someone, somewhere, somehow believes that Gatorade comes from alligators, this line of reasoning originated as a humorous question and most often gets shared in jest — not as a genuine query or opinion.