It's time to set your clocks — and move your rocks — according to this internet meme. 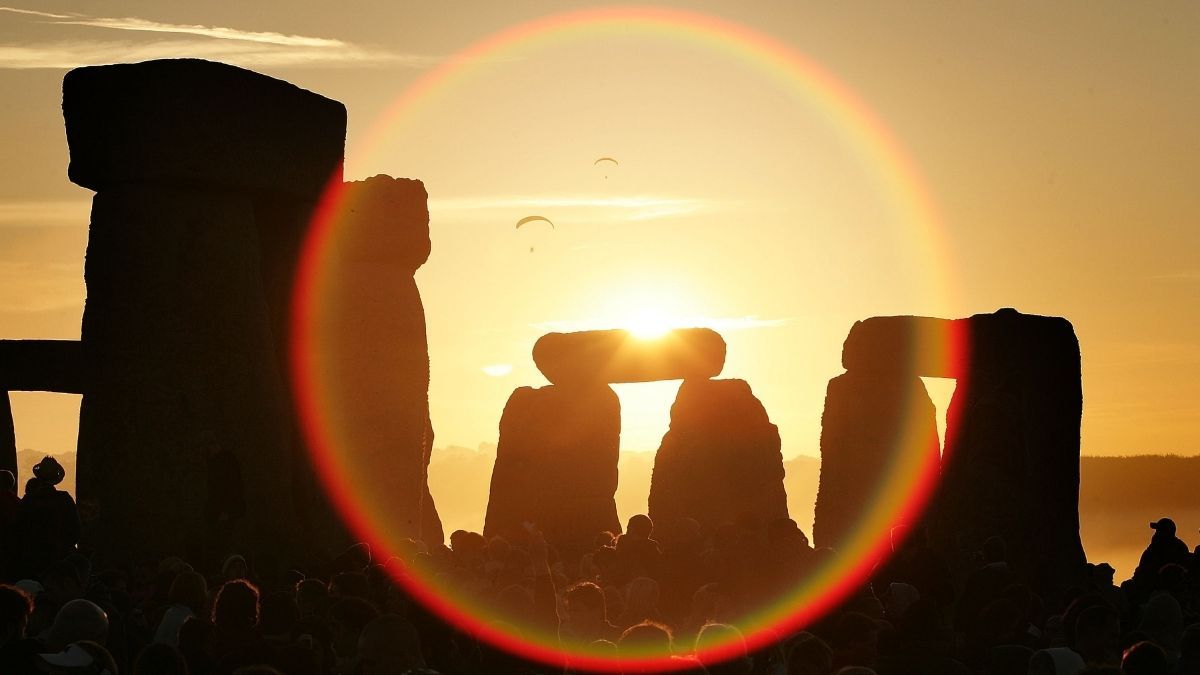 Claim:
The stones at Stonehenge are moved every year to accommodate for daylight saving time.
Rating:

As sure as people are to set their clocks forward in the spring for daylight savings time, social media users are sure to circulate a meme claiming that a similar ritual is taking place at Stonehenge. One popular version of this meme carries the caption: "Resetting the rocks at Stonehenge in preparation for Daylight Savings Time": This is, of course, not true. This meme was created as a joke. Daylight saving time is a human-made invention and has no impact on the sun's position in the sky or the shadows that it casts. The stones at Stonehenge also weigh about 50,000 pounds (or 25 tons), which makes them a little inconvenient to reposition.

While this claim is just a joke, it does include a genuine (and genuinely odd) picture of Stonehenge.

Stonehenge, a prehistoric monument consisting of several large stones arranged in a circle in Wiltshire, England, was built sometime around 2500 B.C. A handful of restoration efforts occurred over the ensuing centuries. According to English Heritage, a charity that manages hundreds of historical sites in England, this photograph was taken in 1958 and shows one of the monument's "Trilithons" being restored.

Stonehenge is not the only ancient monument to get some sarcastic love for daylight saving time. A similar joke is often made about Avebury, another ancient henge found in Wiltshire, England. In fact, on April Fools' Day in 2016, the United Kingdom's National Trust for Places of Historic Interest or Natural Beauty published a video showing how the stone's at Avebury had to be moved every year to accommodate for daylight saving time:

According to the Border Sundials, a company that hand-makes sundials, the best way to deal with daylight saving time for sundial owners is to simply mentally add an hour. Border Sundials writes: "Sundials do not understand daylight saving time, so in the summer you will need to add an hour onto the time shown to take account of British Summer Time."