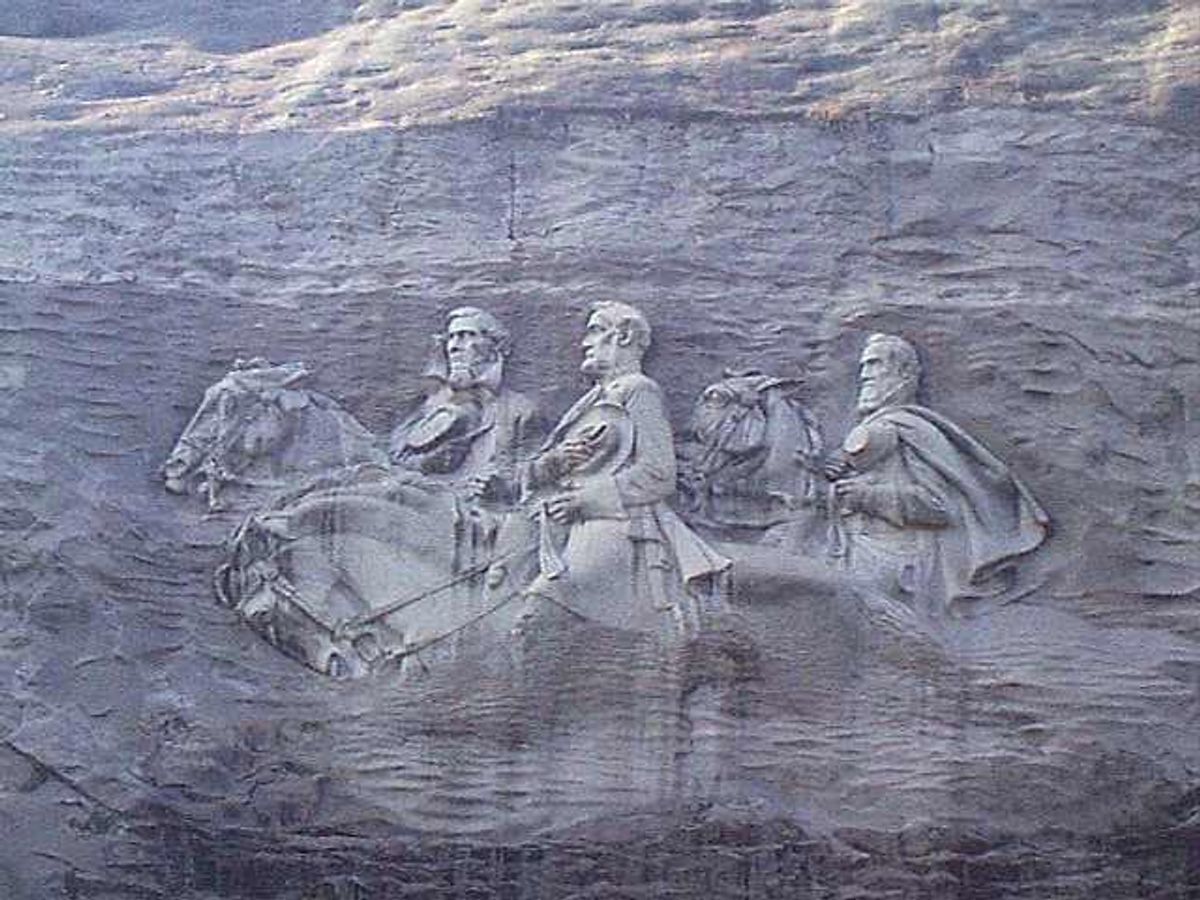 A petition has begun, seeking to remove the famous Confederate memorial carving from Stone Mountain. What do you think?

Origins:   In June 2015 a debate over the display of the Confederate flag at the South Carolina State House followed a racially-motivated shooting at the Emanuel African Methodist Episcopal Church in downtown Charleston, during which nine people were killed. In the tragedy's immediate aftermath, many businesses and local jurisdictions removed or stopped selling Confederate flags, as political and social issues regarding that symbol once again became heated and high-profile.

A number of rumors about additional actions involving the Confederate flag began to circulate, among them a claim that a petition sought to remove the historic Confederate Memorial Carving from Stone Mountain Park, Georgia. That rumor began to spread on Facebook via a post that initially stated:

A petition has begun, seeking to remove the famous Confederate memorial carving from Stone Mountain. What do you think?

It might be a well-known symbol of the state of Georgia, but a new online petition started by an Atlanta man seeks to have the Confederate Memorial Carving at Stone Mountain changed.

McCartney Forde, who started the Change.org petition, wants to remodel the monument on the north face of Stone Mountain because he thinks it "perpetuates the perception of Georgia as an icon of racism, slavery and oppression."

"It's almost like a black eye or an embarrassing smudge on our culture," Forde told NBC affiliate WXIA.

In his petition, which is addressed to various elected officials and the Georgia state House and Senate, Forde proposes replacing the carving with "a monument that honors all the Georgia veterans who were killed, wounded, or taken prisoner in World War I, World War II, The Korean War, Vietnam, Operation Desert Storm, The war in Iraq, and Operation Enduring Freedom."

However, that article was dated 2013, more than two years prior to the June 2015 debate over the Confederate flag, and was therefore not a relevant or current aspect of the June 2015 Confederate flag controversy. The Facebook post linked above was accordingly appended with the following update:

PLEASE NOTE: THIS POST WAS PUBLISHED ON 106.1 WNGC'S PAGE IN APRIL OF 2013. THE PETITION HAS SINCE BEEN CLOSED.

In short, an effort was once undertaken — involving one individual's starting an online petition — to replace the Stone Mountain carving. However, that movement began and ended in 2013 (the petition was closed well short of reaching its stated goal of 10,000 supporters) and was unrelated to the controversy over Confederate flags that erupted in June 2015. Content from May 2013 (when the petition to alter the Stone Mountain carving was live) began to circulate in June 2015, leading many readers to believe that Confederate flag opponents had "moved on" to eradicating the bas relief sculpture; but we found no evidence of new efforts targeting the Georgia monument.