Was a Stevie Ray Vaughan Statue Vandalized in Texas?

The incident in 2020 wasn't the first time the statue had been defaced. 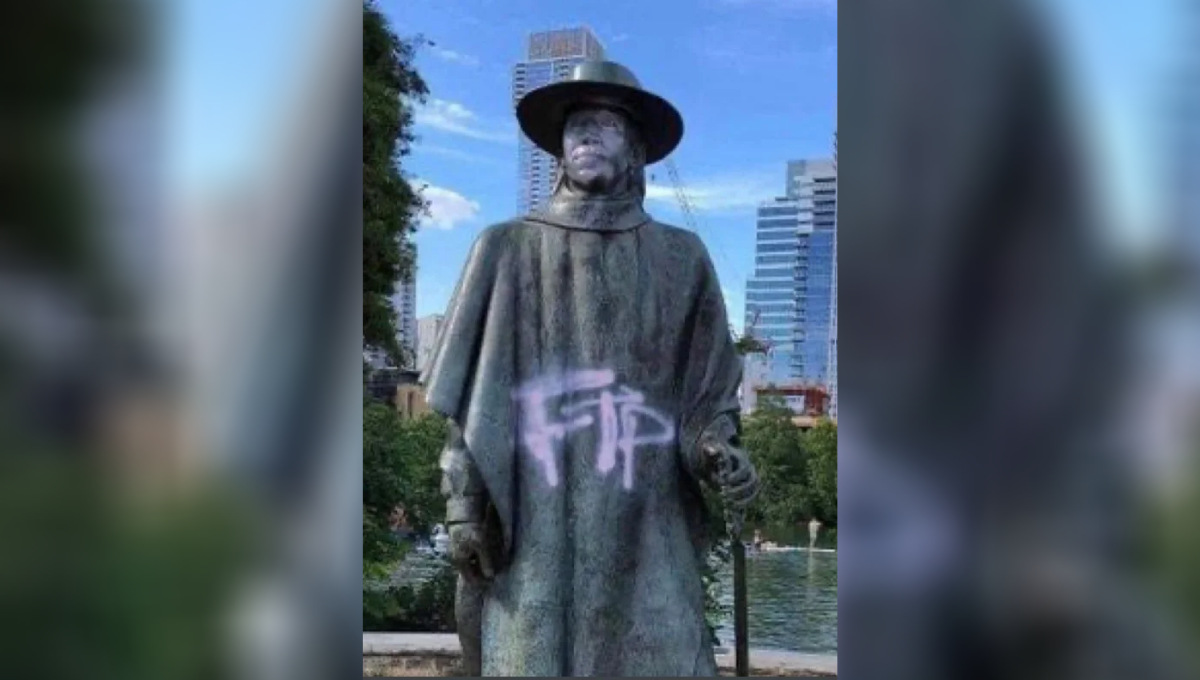 Claim:
A photograph shows graffiti on a Stevie Ray Vaughan statue in Texas in 2020.
Rating:

In May 2020, the above-displayed photograph supposedly showing graffiti on a statue of Stevie Ray Vaughan, a famous Texas blues guitarist, was circulated on social media.

It was taken sometime near the end of May in 2020. At the time, nationwide protests against police violence and racial injustice were unfolding across the United States after a Black man died while in police custody in Minneapolis. These protests renewed calls to remove statues connected to slavery, the Confederacy, and racism. While we don't know exactly why this Stevie Ray Vaughan statue was vandalized, the "FTP" on this statue is likely shorthand for "Fuck the police."

A spokesperson with the Austin Parks and Recreation Department told us that the picture was real, and that the statue had since been cleaned. No permanent damage was done.

This was not the first time that this statue had been tagged with graffiti. In 2018, for example, a football fan wrote "Philly loves St. Nick," a reference to Austin-born quarterback Nick Foles, on the statue and then dressed it in a Philadelphia Eagles jersey.