A viral Facebook posting by Steven Hildreth Jr. tells a true story about an uneventful interaction with police during a traffic stop. 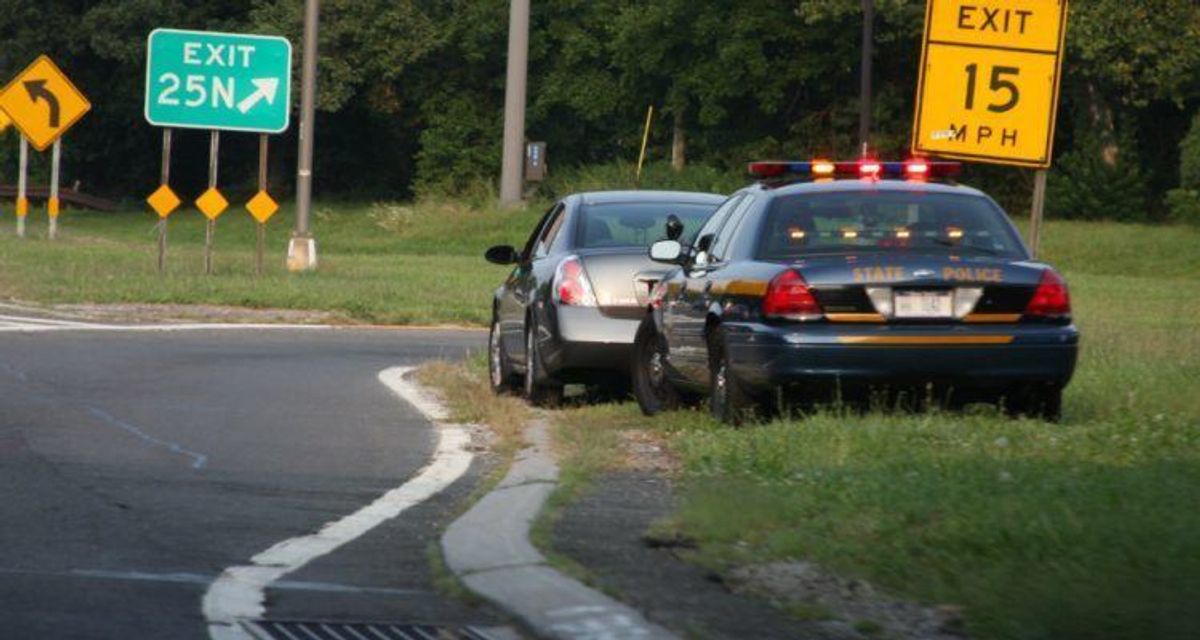 Claim:
Steven Hildreth Jr. was stopped by police officers for a broken headlight, but was let go with a verbal warning.
Rating:

On 27 October 2015, Facebook user Steven Hildreth shared a story on Facebook about an encounter he had with Tucson police officers, in which he was pulled over and then peacefully released without incident: So, I'm driving to my office to turn in my weekly paperwork. A headlight is out. I see a Tucson Police Department squad vehicle turn around and follow me. I'm already preparing for the stop.

The lights go on and I pull over. The officer asks me how I'm doing, and then asks if I have any weapons.

"Yes, sir. I'm a concealed carry permit holder and my weapon is located on my right hip. My wallet is in my back-right pocket."

The officer explains for his safety and mine, he needs to disarm me for the stop. I understand, and I unlock the vehicle. I explain that I'm running a 7TS ALS holster but from the angle, the second officer can't unholster it. Lead officer asks me to step out, and I do so slowly. Officer relieves me of my Glock and compliments the X300U I'm running on it. He also sees my military ID and I tell him I'm with the National Guard.

Lead officer points out my registration card is out of date but he knows my registration is up to date. He goes back to run my license. I know he's got me on at least two infractions. I'm thinking of how to pay them.

Officers return with my Glock in an evidence back, locked and cleared. "Because you were cool with us and didn't give us grief, I'm just going to leave it at a verbal warning. Get that headlight fixed as soon as possible."

I'm a black man wearing a hoodie and strapped. According to certain social movements, I shouldn't be alive right now because the police are allegedly out to kill minorities.

Maybe if you treat police officers with respect, they will do the same to you.

Police officers are people, too. By far and large, most are good people and they're not out to get you.

We talk so much about the bad apples who shouldn't be wearing a badge. I'd like to spread the word about an example of men who earned their badges and exemplify what that badge stands for.

[EDIT: In my rush to post, I accidentally omitted that my wallet was in the back-right pocket, near my firearm. This was the primary motivation for temporary disarmament. The post has been modified to reflect that.

Again, I'd like to thank the TPD and their officers for their consistent professionalism, courtesy, and the good work that they do, both in this particular contact and every day.]

While Hildreth put up the post in October 2015, it often shows up again when controversial altercations with police officers are in the headlines. The message recirculated on social media shortly after Philando Castile was shot and killed during a traffic stop in July 2016.

While we were unable to confirm the every detail of Hildreth's story, the general premise of his viral Facebook post (that he had a respectful and safe interaction with two Tuscon Police Department officers despite being black, having a gun on his person, and wearing a hoodie) appears to be accurate.

A few days after posting his story on Facebook, Hildreth was invited to meet Officer Rodriguez and Officer Ammond: "It's just kind of surprising, because our officers do this every day," said Sgt. Pete Dugan, "we had nothing to do with it going viral."

Sgt. Dugan said he believed the two officers were patrolling from separate cars, and didn't treat the stop any differently than the many others they perform on a daily basis.

"We appreciate that someone is coming forward with something positive, due to what we've seen nationally," said Sgt. Dugan.

While Hildreth's story is true, it is only one man's experience during a single traffic stop, and does not represent the experience of each person who is pulled over throughout the United States every day.