Is This Steve Martin With a Puppy?

There are plenty of reasons to love Steve Martin. This isn't one of them. 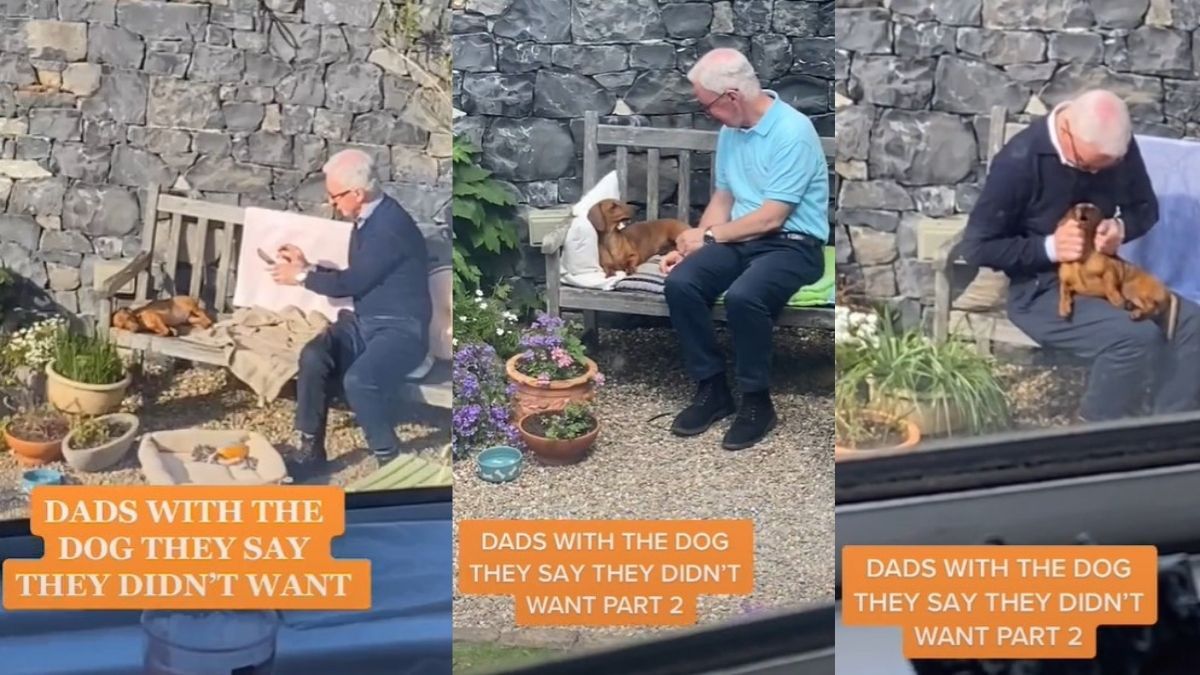 In November 2021, a video went viral on social media that many people claimed showed actor Steve Martin petting, playing with and loving an adorable puppy:

This video was first posted to TikTok by Sarah Connery (@sarahccx). The original video, which has amassed more than 10 million views, was captioned "Dads with the dogs they say they didn't want." The TikTok version is little more clear than the version that circulated on Twitter, making it more apparent that the man in this video is not the famous comedian.

@Sarahccx has posted a number of other videos of herself and others with this puppy, including a "Part 2" of "dads with the dog they say they didn't want":

Since this video was originally posted with a claim that it showed "dads" (and included no mentions of Martin), it was posted by Sarah Connery (who is not Martin's daughter), and the original version clearly shows that the person in this video is not Martin, we're going to go ahead and say that the versions of this video claiming that it shows a candid video of Martin have been miscaptioned. The versions circulating claiming that it shows an adorable video of dad with a puppy, however, are correctly captioned.