An advertisement on Facebook showed a picture of "Family Feud" host Steve Harvey and said, "The famous host could not be allowed to go back." 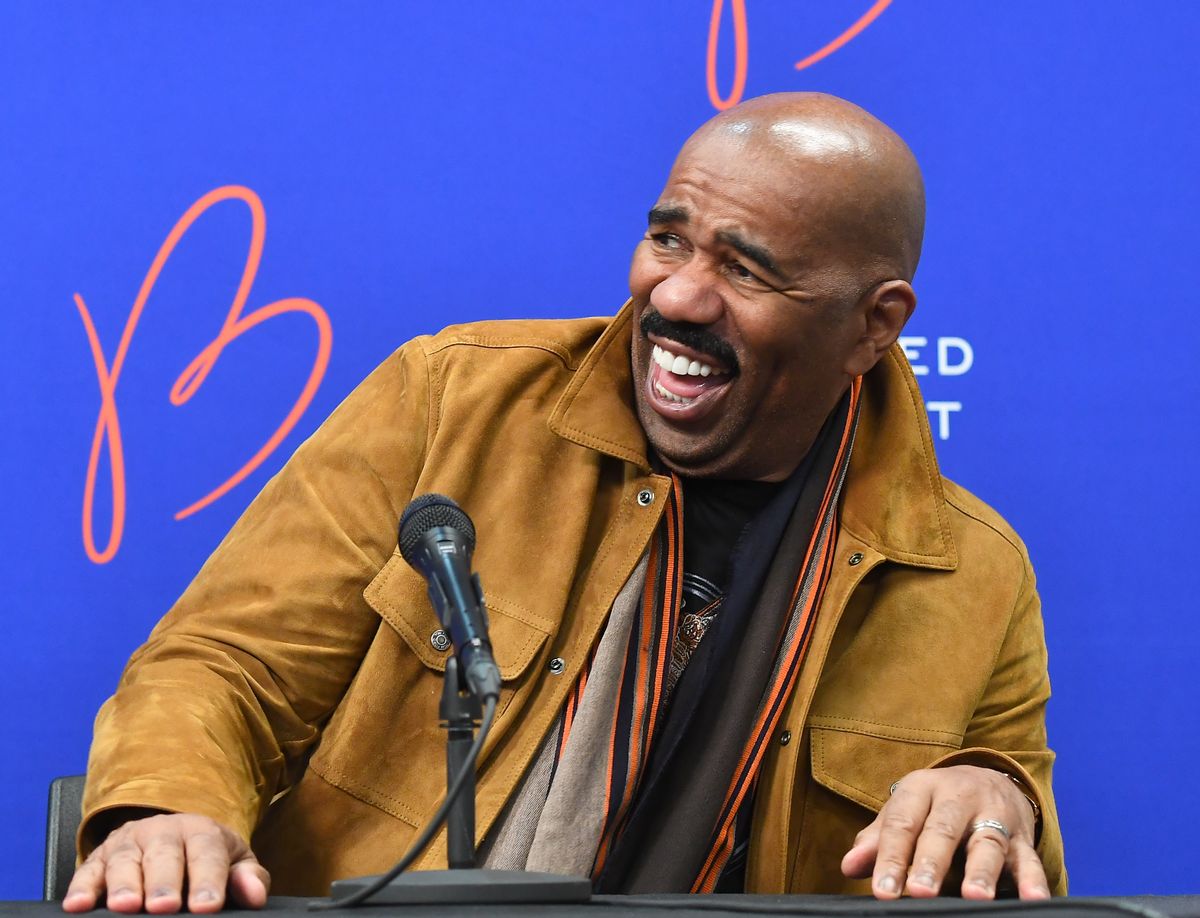 Steve Harvey is not leaving or saying "goodbye" to hosting the "Family Feud" game show, nor did he endorse Condor CBD Gummies as an erectile dysfunction (ED) "cure." This rumor about the entertainer and stand-up comedian showed up in a misleading Facebook ad in 2022. The ad led to a scammy endorsement article that featured fake quotes from Harvey, as well as Drs. Phil McGraw and Mehmet Oz. The article, which included explicit pictures of male genitals, was designed to mimic CNN's website.

On June 27, 2022, we looked at a paid advertisement from the Scooby Hotdog Van Facebook page that showed a picture of Harvey crying. The Facebook ad read, “Steve will say goodbye to 'Family Feud,'" under the caption, "The famous host could not be allowed to go back.” Facebook showed the location of the people who operated the page as Palestine.

The ad appeared to hint that Harvey did something that led him to be either fired, or forced to resign, from hosting "Family Feud." However, this was nothing more than misleading clickbait to try to sell Condor CBD Gummies and other similar CBD products.

In the past, we've seen similar ads that featured other celebrities. One ad that showed a picture of "Jeopardy" host Mayim Bialik falsely claimed that there were “allegations” against her. We also reported on another ad that showed "The Price Is Right" host Drew Carey with the caption, "What you didn't know about the 'Price Is Right' host. Will the show stay on air?" Both ads for Bialik and Carey led to scammy product endorsements for either CBD gummies or keto pills, just like the ad for Harvey.

After clicking the ad about Harvey supposedly saying "goodbye" to "Family Feud," we were led to a scammy page that was designed to mimic CNN's website. The page claimed Harvey had endorsed Condor CBD Gummies on the Dr. Phil daytime talk show. The headline read, "Steve Harvey's ED Cure Has Experts In Awe & Network Sponsors Want Him GONE!" According to the website, which contained explicit pictures of male genitals, Oz had also endorsed the product that supposedly acted as a "cure" for erectile dysfunction (ED). In truth, none of this ever happened. We previously reported on other misleading ads that featured McGraw and Oz. The pair once even teamed up to collaborate on an episode together to combat the scams that wrongly used their image and likeness.

McGraw, better known simply by his daytime talk show name, "Dr. Phil," previously had his image and likeness used by multiple scammers, including for Kraken Male Enhancement and other products. We also covered false ads that claimed he had divorced his current wife, Robin McGraw.

Additionally, we published a fact check about an ad that falsely claimed Oz had died. The ad led to an endorsement page for Smilz CBD Gummies, even though the talk show host and political candidate never once endorsed the product.

In sum, no, Harvey was not leaving or saying "goodbye" to "Family Feud," nor did he ever endorse Condor CBD Gummies or any other CBD or keto products.