Is This Steve Bannon with a Bloody Lip?

An image of Steve Bannon with a bloody lip was a creatively edited — but convincing — photograph from a satire site. 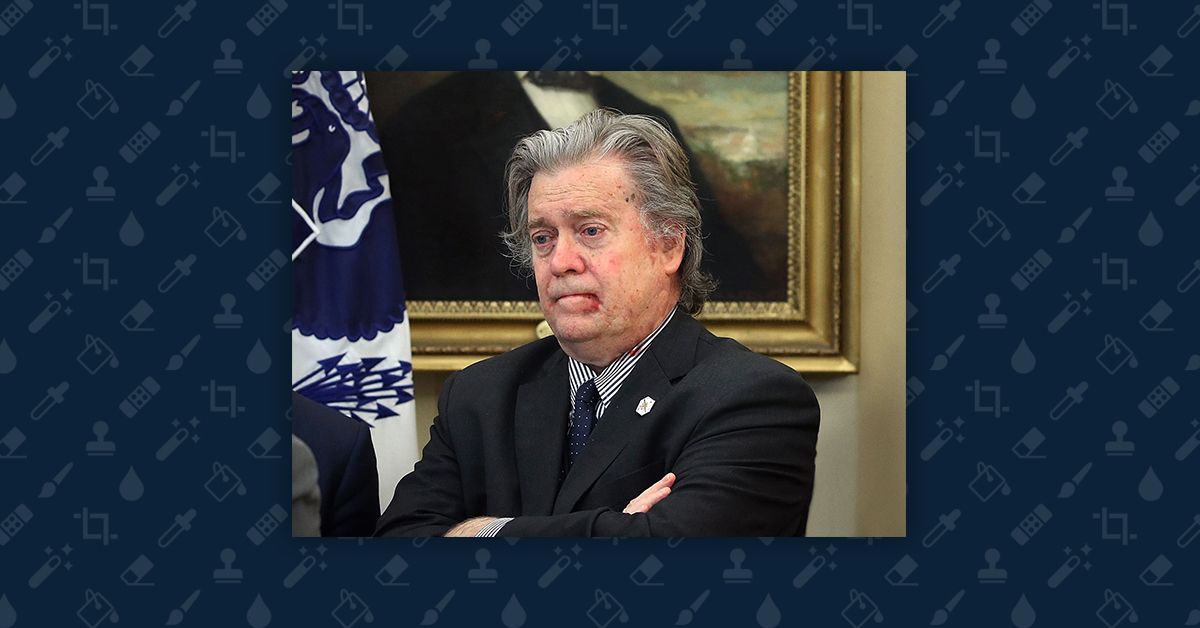 In August 2017, as an odd story appeared about President Donald Trump's strategist and former Breitbart editor-in-chief Steve Bannon calling a New Republic writer and rambling about everything from white nationalism to foreign policy, an image appeared separately showing him with a bloody lip and collar: This was not a genuine photograph of Steve Bannon. It was created and posted by satire outlet The Onion on 14 August 2017, and published with the headline: "Nervous Steve Bannon Binge-Eats Entire Class of Interns Amid Calls for Removal".

The humor site utilized a genuine photograph of Bannon and then added a little blood near his lips and collar. The edits were evidently subtle and convincing enough to fool many viewers into thinking that the image was genuine.

The original photograph was taken by Mark Wilson on 20 April 2017 and is available via Getty Images.