Did White House Press Secretary Stephanie Grisham Get Two DUIs, in 2013 and 2015?

Grisham's past brushes with the law became the focus of social media scrutiny in October and November 2019. 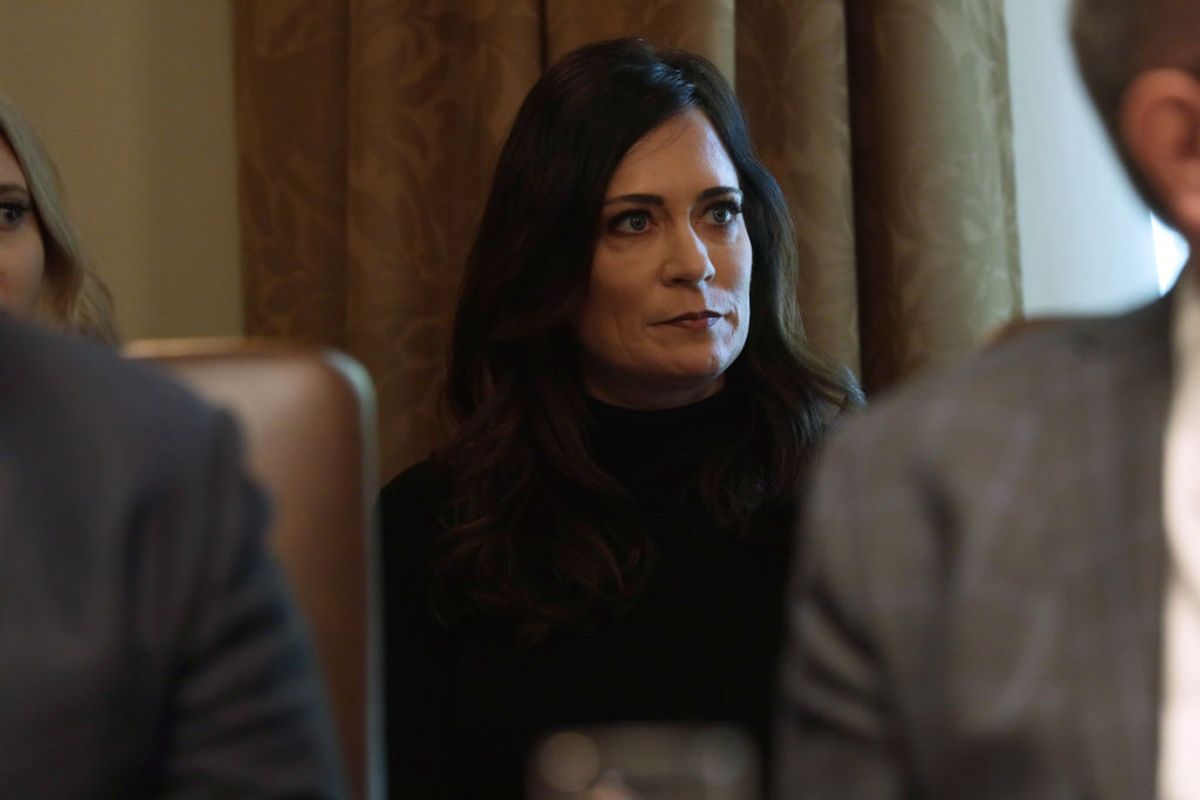 Grisham was arrested on suspicion of DUI in 2013 and 2015. She pleaded guilty to DUI in the 2015 case and was convicted.

Grisham was not convicted of DUI in the 2013 case. As part of a plea agreement, that charge was dropped.

In October and November 2019, we received multiple inquiries from readers about various claims that White House Press Secretary Stephanie Grisham had, on two separate occasions, been charged with or convicted of driving under the influence (DUI) in Arizona.

The left-leaning, anti-Trump Facebook page Occupy Democrats published another meme on the same day, including the same mugshot photographs, which the page described as Grisham's "DUI mugshots." Social media users also re-shared an older post by the website PoliticalFlare.com, which claimed Grisham had "two recent DUIs."

Grisham has indeed been arrested and charged with DUI in Arizona on two separate occasions — in January 2013 and December 2015. In the 2013 case, she pleaded guilty to a different charge, so the charge of DUI was dropped and she was not convicted of it in that instance. However, police records obtained by Snopes clearly show that she recorded a blood-alcohol content (BAC) level above the legal limit of .08 percent. A police incident report also indicates that she repeatedly lied to officers about having consumed alcohol on that occasion.

In the 2015 case, Grisham pleaded guilty to DUI, a Class 1 misdemeanor offense. She paid a series of fines and, according to news reports, completed a treatment program.

Around 11:30 p.m. on the night of Jan. 9, 2013, Grisham was pulled over by police near the intersection of Gilbert Road and Elliot Road in Gilbert, Arizona, about 20 miles east of Phoenix. According to the incident report obtained by Snopes, the arresting officer, Christopher Robinson, stopped Grisham for driving her 2004 Mitsubishi Endeavor SUV at 35 mph in a 25 mph zone. A man accompanied her in the car.

After stopping Grisham, Robinson reported that "she showed signs and symptoms of alcohol impairment," adding, "Her eyes were bloodshot and watery and I detected the odor of intoxicating beverage coming from the vehicle interior."

Robinson checked Grisham's license and discovered that it had been suspended due to her alleged failure to appear on a traffic citation in Mesa, Arizona, in August 2012. She denied any knowledge of the citation or suspension, and Robinson asked her to exit the vehicle. In his report, he wrote:

Robinson conducted a horizontal gaze nystagmus (HGN) test (a sight test), and found Grisham was exhibiting signs of intoxication, namely nystagmus (involuntary eye movements) and swaying on her feet. At 11:45 p.m., he arrested her on suspicion of DUI and driving with a suspended license.

In his report, Robinson noted that Grisham repeatedly denied having consumed any alcohol. In one instance, she recorded a BAC of .099 percent on a breath test (above the legal limit of .08 percent). When Robinson showed her the result on the breathalyzer, Grisham reportedly once again denied drinking that evening.

At the Gilbert police station, Grisham provided blood samples that were later tested by a forensic scientist at Mesa Police Department. The samples revealed a BAC of 0.105 grams of ethyl alcohol per 100 milliliters of blood (.105 percent) — even further above the legal limit of .08 than the preliminary breath test performed during the traffic stop. Those results can be viewed here.

We asked Grisham whether, in the face of that forensic evidence, she still denied having consumed alcohol that evening, and if she no longer denied that, why she had repeatedly told the arresting officer that she had not been drinking when, demonstrably, she had. We did not receive a response.

According to Gilbert Municipal Court records, Grisham ultimately reached a plea agreement, pleading guilty to a charge of reckless driving, with the charges of DUI and driving with a suspended license being dropped. She received two years' probation (which she completed in 2016) and had to pay $943 in fines.

Gilbert Police Department provided Snopes the mugshot from the 2013 case, which can be viewed here.

In December 2015, Grisham was again pulled over, this time by Phoenix police. The details of that incident are not entirely clear. Snopes has requested a copy of the arrest report, and we will update this article once we receive it. What is certain is that Grisham was charged with a lighted lamps violation, DUI, and DUI with a BAC over .08 percent.

She again reached a plea agreement, but this time, she pleaded guilty to DUI, with the other two charges being dismissed, according to Scottsdale Municipal Court records. Grisham was forced to pay hundreds of dollars in fines, and in June 2019 she told The New York Times she had undergone what she described as a "safety class."

Grisham has been arrested twice on suspicion of DUI. On the first occasion, in 2013, she reached a plea agreement, which meant that charge of DUI was dropped, and she was not convicted of DUI. However, police records obtained by Snopes show that forensic examination of a blood sample she provided revealed a BAC of .105 percent, above the legal limit of .08 percent.

On the the second occasion, in 2015, Grisham pleaded guilty to and was convicted of DUI. Because she was convicted in one case, but not in the other (notwithstanding the forensic evidence that she was driving while over the legal limit), we are issuing a "Mixture" rating on the claim that Grisham "has two DUIs."