Steph Curry Was Supposedly Spurned by Nike Over Bible Verses

Viral social media posts and articles claimed (with no supporting evidence) that Nike didn't sign Golden State basketball star Steph Curry to an endorsement deal because he insisted on putting a Bible verse on his sneakers. 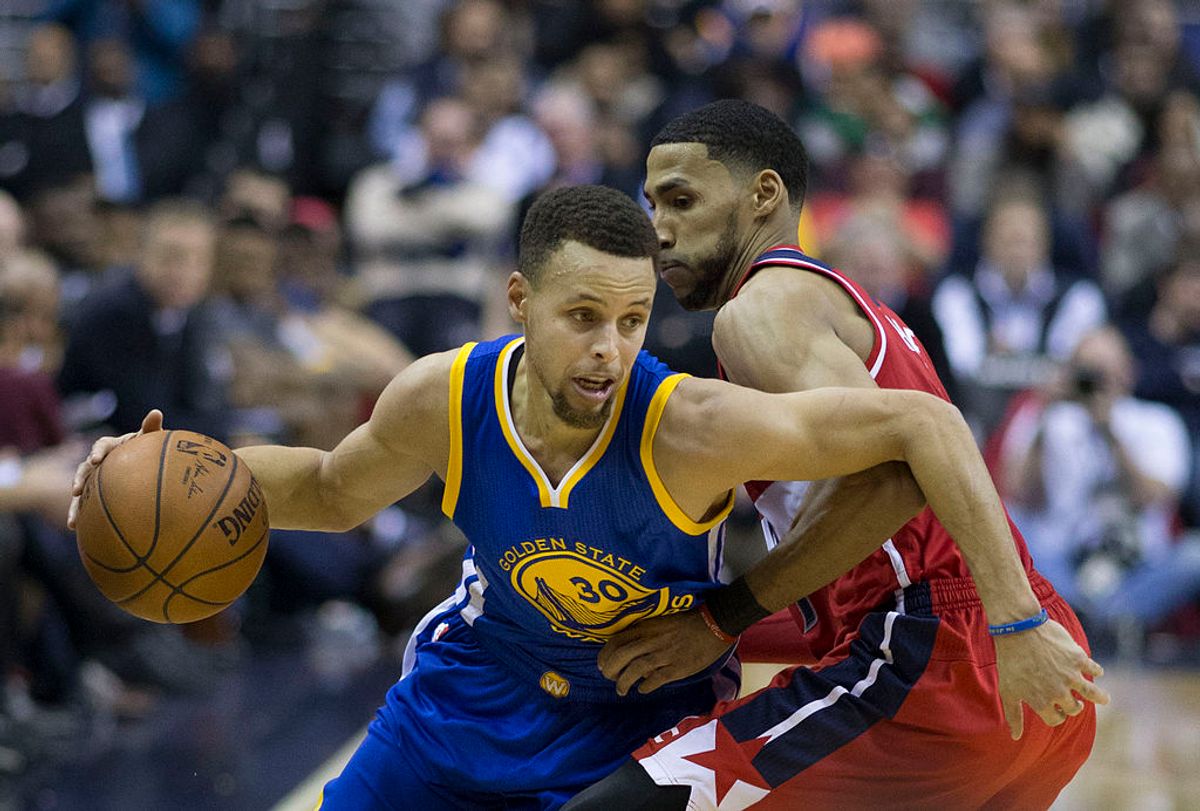 Claim:
Nike didn't sign Steph Curry because the NBA star insisted on putting a Bible verse on his sneakers.
Rating:

On 18 February 2016, a Facebook post appeared claiming that NBA star Steph Curry refused to sign a contract with Nike because the shoe company wouldn't allow him to put Bible verses on his sneakers:

Nike approached Steph Curry to endorsed their shoes but Steph said I will sign a contract only in one condition to put...

While the claims made in the above-displayed Facebook post were reiterated by several faith-based web sites such as The Radicals and Charisma News, these publications didn't provide any verifiable evidence:

I have read articles speculating on why Nike chose not to sign him, but we do know that before he signed with Under Armour, he made clear that he wanted to put Phil 4:13 on the tongue of the sneaker with the underside reading, "I can do all things." The message is from Philippians 4:13 which states, "I can do all things through Christ who strengthens me."

Some have claimed that this was another factor in Nike's decision not to match Under Armour's offer, but I have not been able to verify that. (If you can find any verifiable information about this, please post it in the comments section.)

However, there's no evidence to back these claims, besides the fact that Curry signed with Under Armour after Nike passed on an endorsement deal with him.

Curry signed on with Under Armour in 2013. At that time he was a rising basketball star, but not the well-known player he would become by 2016.  Fame and perceived influence play major roles in any sports celebrity endorsement decision, and in that same vein, an ESPN article from May 2015 noted that Nike simply didn't believe that Curry could sell signature shoes.  They ended up refusing to match Under Armour's far more lucrative endorsement offer:

Two years ago, Nike had a chance to pay Curry a lot of money and lock him up for the future. After offering less than $2.5 million a year, Nike had a second chance — this time to match Under Armour's new offer. Unsure that Curry would ever be able to sell signature shoes, Nike let him go.

A more detailed ESPN article March 2016 essayed the litany of reasons why Nike lost Steph Curry to Under Armour:

The August [2013] meeting took place on the second floor of the Oakland Marriott, three levels below Golden State's practice facility. Famed Nike power broker and LeBron James adviser Lynn Merritt was not present, a possible indication of the priority — or lack thereof — that Nike was placing on the meeting. Instead, Nico Harrison, a sports marketing director at the time, ran the meeting (Harrison, who has since been named Nike's vice president of North America basketball operations, did not respond to multiple interview requests).

In truth, there had been other indications that Nike lacked interest before this meeting. There was the matter of whether Curry would get to lead a Nike-sponsored camp for up-and-coming players. These camps aren't high on the list of fan concerns, but they matter deeply to the game's elite. They're a chance to teach a younger generation, to have interactions more meaningful than strangers clamoring for autographs on the street.

Getting to run such a camp meant something to Curry, in part because participating in one meant something to him. When he was younger, Curry had gone to Chris Paul's camp and the experience made a lasting impression. Says Curry's friend and former roommate Chris Strachan, "He was always at Chris Paul's camps as a young guy, and he always looked up to Chris Paul. He took a lot of the stuff that CP does with film sessions and he implemented it."

Strachan recalls of 2013, "That summer, when it was really decision time, [Nike] were looking at Kyrie Irving and Anthony Davis coming up. They gave Kyrie a camp and they gave Anthony Davis a camp. They didn't give Steph a camp."

The pitch meeting, according to Steph's father Dell, who was present, kicked off with one Nike official accidentally addressing Stephen as "Steph-on," the moniker, of course, of Steve Urkel's alter ego in Family Matters. "I heard some people pronounce his name wrong before," says Dell Curry. "I wasn't surprised. I was surprised that I didn't get a correction."

It got worse from there. A PowerPoint slide featured Kevin Durant's name, presumably left on by accident, presumably residue from repurposed materials. "I stopped paying attention after that," Dell says. Though Dell resolved to "keep a poker face," throughout the entirety of the pitch, the decision to leave Nike was in the works.

Neither Curry nor Nike stated or implied that the endorsement deal fell through because of Curry's religious beliefs, nor did Curry claim that Nike would not let him put Bible verses on his shoes. We could find no articles that stated religion was a motivating factor for Curry's deal with either Nike or Under Armour; these rumors appear to have sprung wholly from one person's Facebook page.