Is This a Picture of Elise Stefanik Flipping the Bird at an Impeachment Inquiry?

Another example of an attack on a politician based on a misleading 'middle finger' photograph. 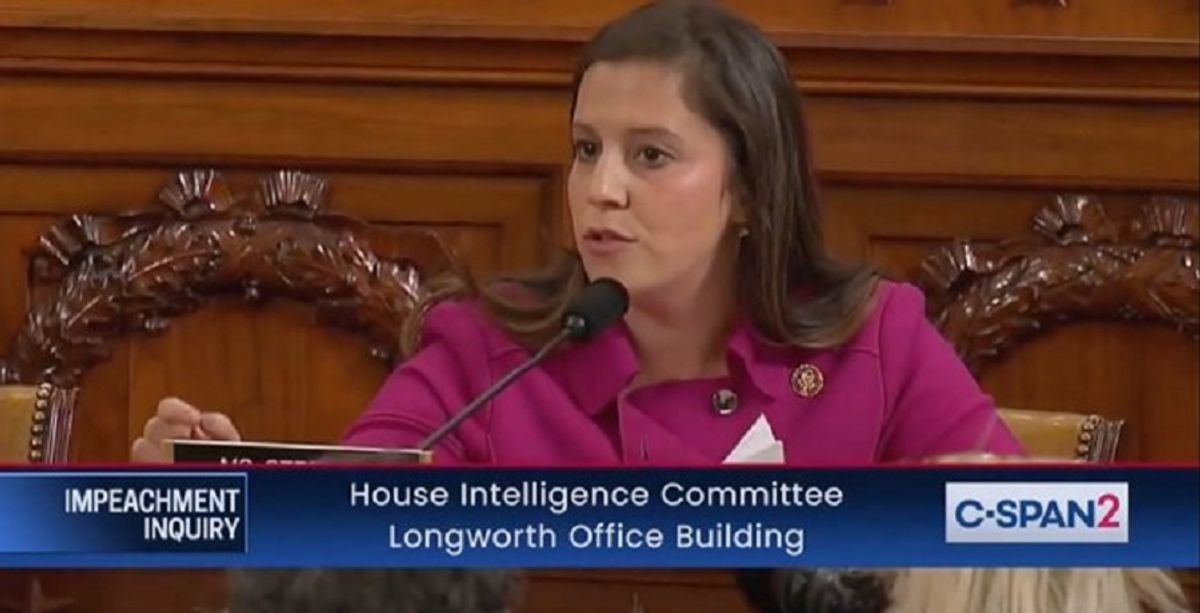 Claim:
A photograph captures Rep. Elise Stefanik flipping off the camera at the conclusion of a House impeachment inquiry.
Rating:

On November 15, 2019, after former ambassador to Ukraine Marie Yovanovitch finished offering public testimony to the U.S. House of Representatives as part of the impeachment inquiry into President Donald Trump's activities, many of those present stood and cheered for Yovanovitch as the session came to a close:

At the same time, according to a critical tweet, one of the Republican House members who had questioned Yovanovitch -- Rep. Elise Stefanik of New York -- turned to the camera and defiantly "flipped the bird" as she exited the chamber: However, this picture was not a real photograph, but an alternate version of the original image that was digitally altered to make it falsely appear as if Stefanik were angrily offering the middle-finger salute: When the fakeness of this picture was pointed out, the original poster deleted his tweet and issued an acknowledgement of his error, as well as an apology to Rep. Stefanik for posting the inauthentic image and calling her a "childish loser":

I took down the picture after of Stefanik after someone pointed me to a graphic artist who had it on his timeline as an example of his "work." I won't defame him here.

I take responsibility for it as it was my tweet. It looked real to me, because of a number of factors, (more)

@EliseStefanik I erroneously posted an image of you that I believed was real. I deleted the image after it was exposed as a fake.

I take full responsibility for what I did. I've spent the last 2 hours apologizing to all who saw it.

I apologize to you most of all for my mistake