Did a Steelers Player Mimick CPR on Field a Week After Damar Hamlin's Collapse?

It appears the move was badly timed but not an intentional send-up of a serious situation. 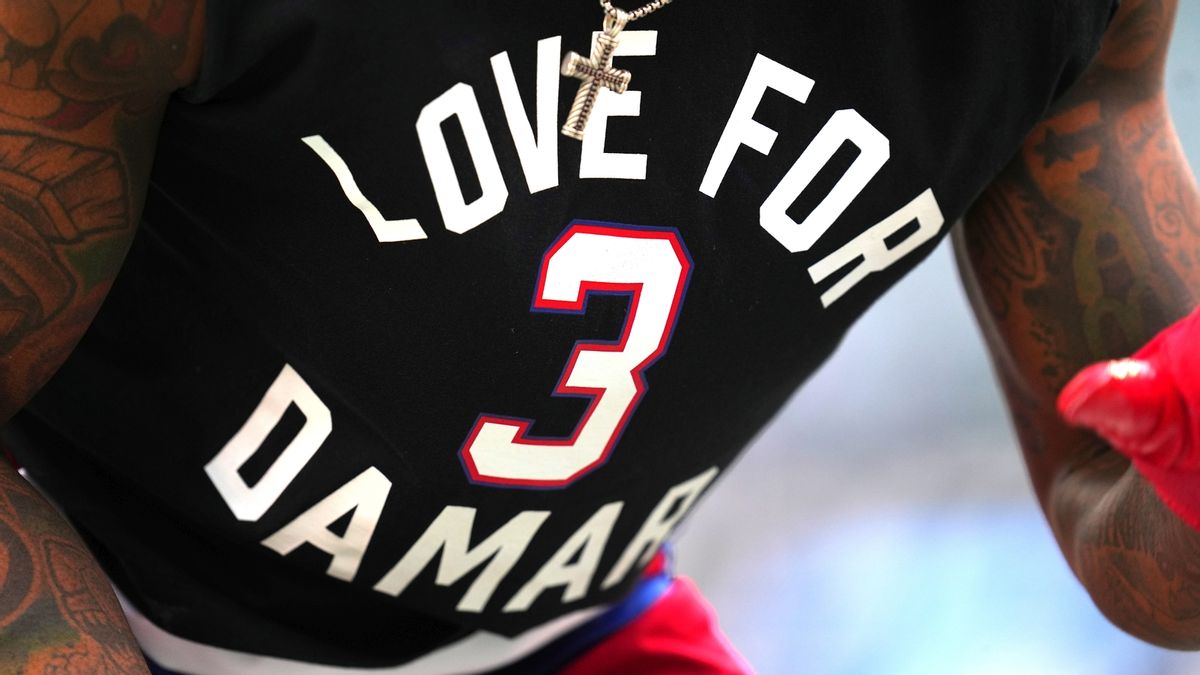 Although a teammate performed mock chest compressions on Steelers player Alex Highsmith during a game, the team has done this as a common form of celebration in the past. Highsmith said he didn't at the time make a connection between how the celebratory action would mirror what actually happened to Damar Hamlin. Highsmith said it wasn't done with the intent of making fun of Hamlin's medical emergency.

The football world was rocked when Damar Hamlin, who plays safety for the Buffalo Bills, collapsed and went into cardiac arrest on Jan. 2, 2023, during a game against the Cincinnati Bengals at Paycor Stadium in Cincinnati. Fortunately, Hamlin is on the road to recovery, having been released from the hospital one week after his collapse, and returning home to Buffalo.

But some raised concerns about an incident that occurred during a Jan. 8, 2023, game between the Pittsburgh Steelers and Cleveland Browns. During a field celebration for a sack (a football term for tackling the quarterback behind the scrimmage line before a pass), Steelers player Alex Highsmith, who was laying on his back after tackling Browns quarterback Deshaun Watson, received fake CPR from defensive end DeMarvin Leal. It reminded many of the real CPR that Hamlin needed less than a week earlier.

Video of the moment went viral on social media:

Despite Hamlin's progress, it was distressing to many viewers, because some interpreted it as Steelers mocking Hamlin's collapse — though Highsmith later clarified that was not the case.

Amid backlash, the Steeler's hometown newspaper, the Pittsburgh Post-Gazette, added some context to the incident. Basically, the Post-Gazette explained it's a common celebratory move that Steelers players have done before. Highsmith reportedly was tired and didn't even make the connection between what happened to Hamlin and the mock chest pumps. From the Post-Gazette:

It's a light-hearted move the Steelers have done before. Other teams likely have done it, too. But in the first weekend of football following the cardiac arrest incident for Bills safety Damar Hamlin last Monday night, in which he needed to be resuscitated on the field before being rushed to the hospital, the timing couldn't have been worse.

Highsmith was contrite Monday in the locker room, clarifying that it had nothing to do with what Hamlin went through. He realized after the game that it was blowing up on social media, immediately thought back to that play and remembered it well. In the moment, he was just tired from playing all but two snaps and didn't make the connection.

Highsmith told the Post-Gazette he would "never, ever" knowingly make light of what happened to Hamlin, and that when he and his wife saw Hamlin collapse on the field, they started praying for him.

"We both believe that prayer is powerful, and I'm just thankful for the miraculous work God has done with Damar's life," Highsmith told the Post-Gazette, in part. "I just want people to know that there was nothing intentional about that."