Reports that the NFL was fining Pittsburgh Steelers players $1 million each for staying in their locker room during the national anthem are fake news. 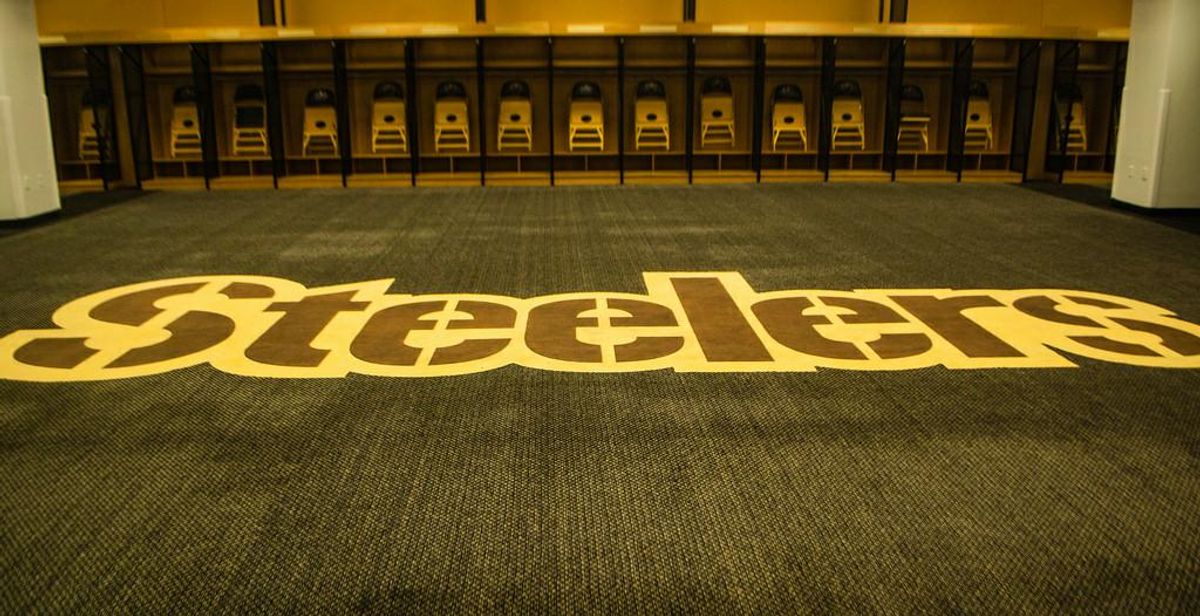 Claim:
The NFL has fined Pittsburgh Steelers players $1 million each for staying in their locker room during the national anthem.
Rating:

On 24 September 2017, the America's Last Line of Defense web site published reporting that the Pittsburgh Steelers football team was fining its players $1 million each for engaging in protests that involved "taking a knee” or "hiding in the locker room" during the playing of the U.S. national anthem:

The Pittsburgh Steelers thought it would be safe to take “taking a knee” to a whole new level by hiding in the locker room while the National Anthem played and everyone else showed reverence for OUR country, but they didn’t count on it being extremely costly.

It was a bad decision. NFL Commissioner Roger Goodell, who donated to Donald Trump’s election campaign, announced shortly after the game began that every player who “protested” the National Anthem and showed “immense disrespect to our nation” would be fined a cool million dollars.

It is true that the Steelers remained in their locker room (rather than being present on the sidelines) during the playing of the U.S. national anthem prior to their 24 September 2017 game with the Chicago Bears, as ABC News reported:

NFL players, teams and owners across the league responded Sunday to President Trump's criticism of players kneeling in protest during the national anthem, with some kneeling, others locking arms and still others choosing not to participate in the national anthem ceremony at all.

As the "Star-Spangled Banner" played at Soldier Field in Chicago for the noon game between the Chicago Bears and the Steelers, the Pittsburgh team's sideline was virtually empty.

Steelers coach Mike Tomlin told a CBS Sports reporter prior to the game that his team would stay in the locker room during the anthem.

"We're not participating in the anthem today," Tomlin said, adding that the action was "not to be disrespectful to the anthem" but to remove the team "from this circumstance."

"People shouldn't have to choose" whether to kneel or stand during the anthem, he said. "If a guy feels a need to do something he should not be separated from his teammate who chooses not to."

"So we're not participating today," he said. "That's our decision."

During the anthem, several Steelers coaches were on the sidelines and one player, former Army Ranger Alejandro Villaneuva, stood near the tunnel to the team's locker room, ESPN reported.

However, NFL Commissioner Roger Goodell did not impose any fine (much less one of a cool $1 million each) on the Pittsburgh players, nor did he hand down any other form of punishment or announce any disciplinary action against them.

Reports of whopping fines supposedly levied against Steelers players are a fiction that originated with America's Last Line of Defense, a fake news site whose disclaimer notes that it “is a satirical publication” which presents “fiction as fact” and uses “sources [that] don’t actually exist.”