Does a Meme Show Starving Citizens in Venezuela Eating Garbage?

A Turning Point USA meme that claimed to showcase poverty in Venezuela co-opted an unrelated image from another time and place to do so. 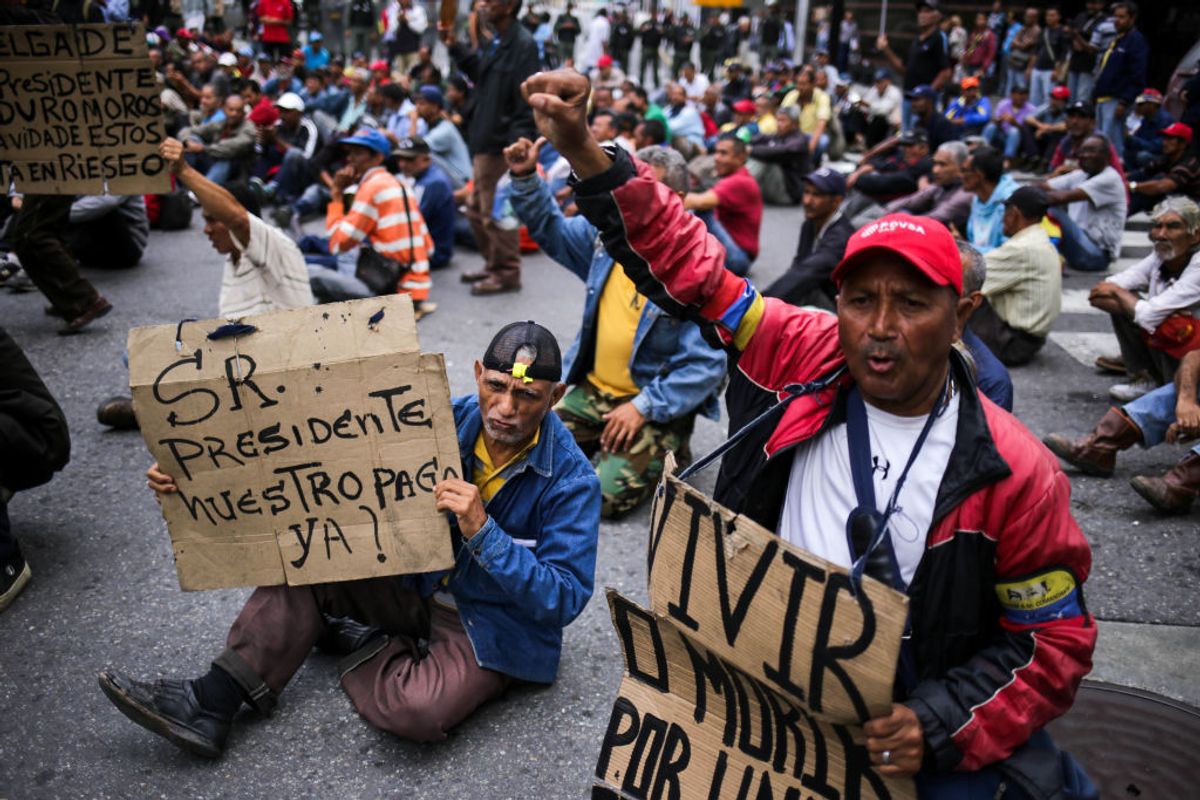 On 22 May 2019, the conservative nonprofit Turning Point USA posted an inaccurate meme on its Facebook page purporting to show an image of starving citizens eating trash in Venezuela. The image on the bottom half of the meme doesn't depict people in Venezuela eating garbage. The picture was taken by a Reuters photographer in 2013, according to the caption. "Scavengers search for items to recycle at a waste dump in Bogor, a city in Indonesia's West Java province," the caption reads.

Venezuela is suffering extreme economic instability — about 90 percent of the population lives in poverty, according to a UN report cited by American Public Media's "Marketplace," and Reuters reported that some Venezuelans have been reduced to scavenging for edible food in garbage bins.

Because of this, the South American country has been the focus of ideologues campaigning against socialism as an economic model. Its woes have been used as a cudgel against some American politicians like U.S. Sen. Bernie Sanders (I-Vermont) and U.S. Rep. Alexandria Ocasio-Cortez (D-New York), who bill themselves as democratic socialists.

The Trump administration had made a priority of ousting Venezuela's socialist President Nicolás Maduro (whom Trump has referred to as a "Cuban puppet"), recognizing instead his political opponent Juan Guaidó as president. Despite that rhetoric, Maduro has remained in office.