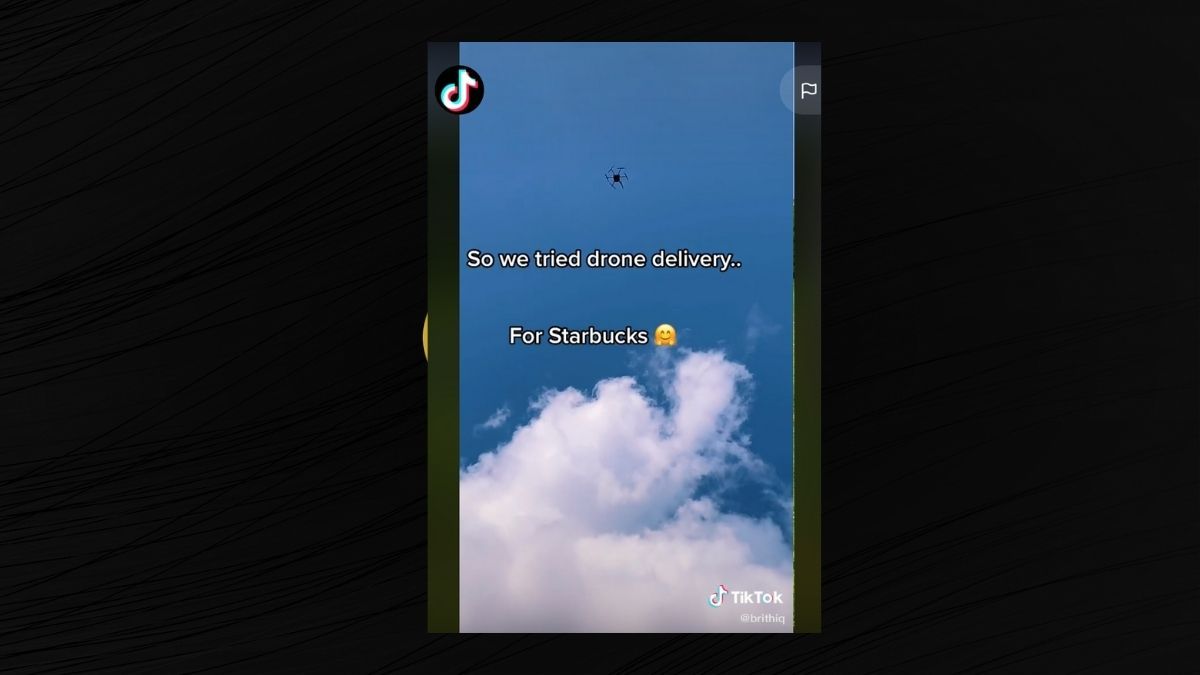 Claim:
A TikTok video shows a Starbucks order being delivered by drone.
Rating:

In late July 2021, TikTok user @brithiq posted a video that created a lot of interest. She posted a point-of-view video of a drone delivering her Starbucks order, and as of this writing her video has more than 2 million views.

If you look closely at the end of the video, you'll see that the bag that the coffee was delivered in said "Flytrex" on it. Flytrex is the name of the company that runs drone delivery in North Carolina. The TikTok user labeled her video #Fayetteville, a city in North Carolina.

It's true that Tel Aviv-based Flytrex is delivering goods from various locations to customers in North Carolina, focusing on food delivery. Business Insider reported that May 2021, the company announced it received FAA clearance to expand its drone deliveries to thousands more homes.

We reached out to Flytrex asking where the drone delivery service is available in the U.S. and will update when we receive a response. Aside from North Carolina, the company currently delivers in Iceland and King's Walk Golf Course in North Dakota, according to its website.