No, Darth Vader Didn't Actually Say 'Luke, I Am Your Father'

For decades, people have misconstrued the pivotal line of dialogue between Darth Vader and Luke Skywalker in "The Empire Strikes Back." 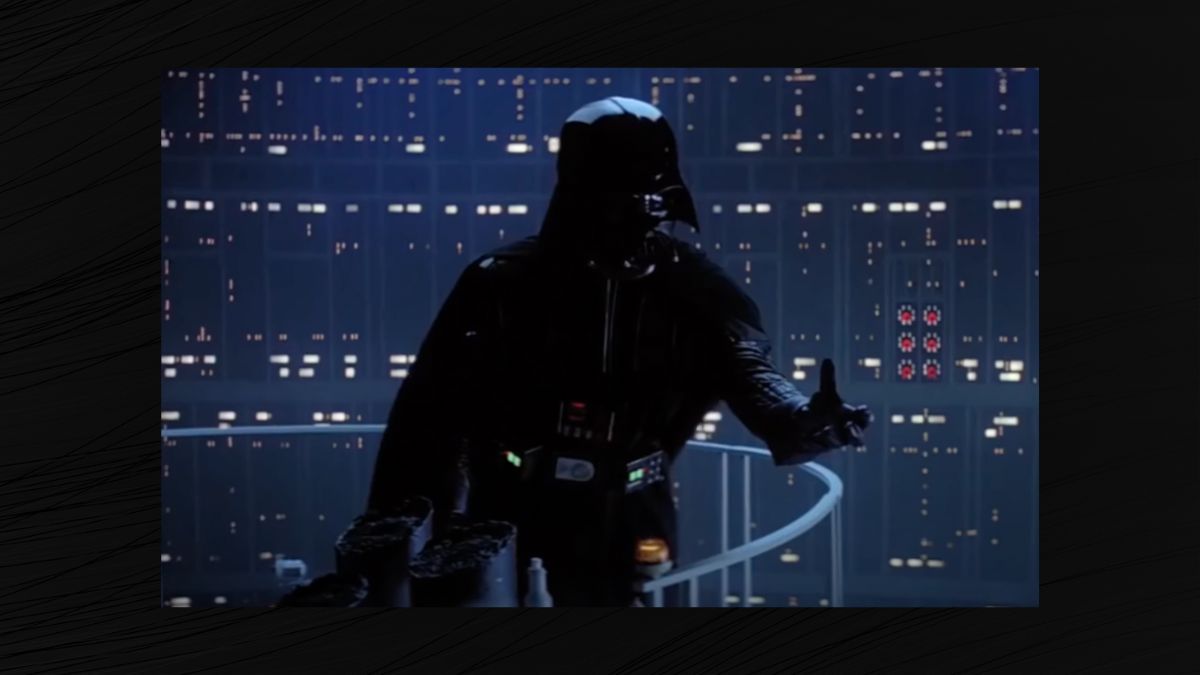 No, in the second Star Wars film, "The Empire Strikes Back," Darth Vader doesn't say, "Luke, I am your father." (Image Via Screenshot, JoBlo Movie Clips YouTube channel)

Claim:
In the Star Wars film, "The Empire Strikes Back," Darth Vader says, "Luke, I am your father."
Rating:

In a scene in the 1995 comedy film "Tommy Boy," David Spade's character walks in on Chris Farley, or "Tommy," making sounds into a desk fan. At one point, Farley says in an exaggerated way, "Luke, I am your father!"

The comedic scene is a representation of a phenomenon known as the "Mandela Effect," which, as we have previously reported, is when many people collectively misremember something.

In this example, many people ("Tommy Boy" writers included, apparently) believe that the line said by Darth Vader to Luke Skywalker in 1980’s “Star Wars: Episode V – The Empire Strikes Back" is "Luke, I am your father."

But that's not what Vader actually said. The dialogue goes like this:

Vader: If you only knew the power of the Dark Side. Obi-Wan never told you what happened to your father.

Vader: No. I am your father.

It's unknown how, or when, exactly people started misconstruing the pivotal line. Some internet users credit the "Tommy Boy" scene for the trend. In a December 2020 piece, The New Yorker dubbed, "Luke, I am your father," the No. 1 misquoted movie line of all time.

The term "Mandela Effect" was coined after many people developed the false memory that South African anti-apartheid leader and President Nelson Mandela died in prison in the 1980s. In reality, he died in 2013, after his prison release and serving as the country's first democratically elected president.

Now, "Mandela Effect" is widely used to describe collective false memories. One common example is the false belief that entertainer Ed McMahon was a spokesperson for the Publishers Clearing House sweepstakes, even though that was never the case. Another example is the belief that comedian Sinbad played a genie in a popular children's movie in the 1990s — but that never happened.

The "Luke, I am your father" line wasn't the first piece of dialogue from "The Empire Strikes Back" that we have fact-checked. Actor Harrison Ford indeed improvised “I know” to Carrie Fisher’s “I love you” just before his character, Han Solo, gets frozen in carbonite. Also, we debunked a viral video that supposedly showed an audience's reaction to a 1980 screening of the movie, when, in reality, that clip used sound from a 2018 showing of the film, "Avengers: Infinity War."

Interested in learning more about the Star Wars universe, as well as the actors who played characters in it? We compiled numerous rumors about the franchise here.