Did a 'Star Wars' Film Include an Anti-Trump Scene?

Writers for the film "Star Wars: Rogue One" posted tweets about Donald Trump, but claims that the movie was altered to add an anti-Trump scene were unfounded. 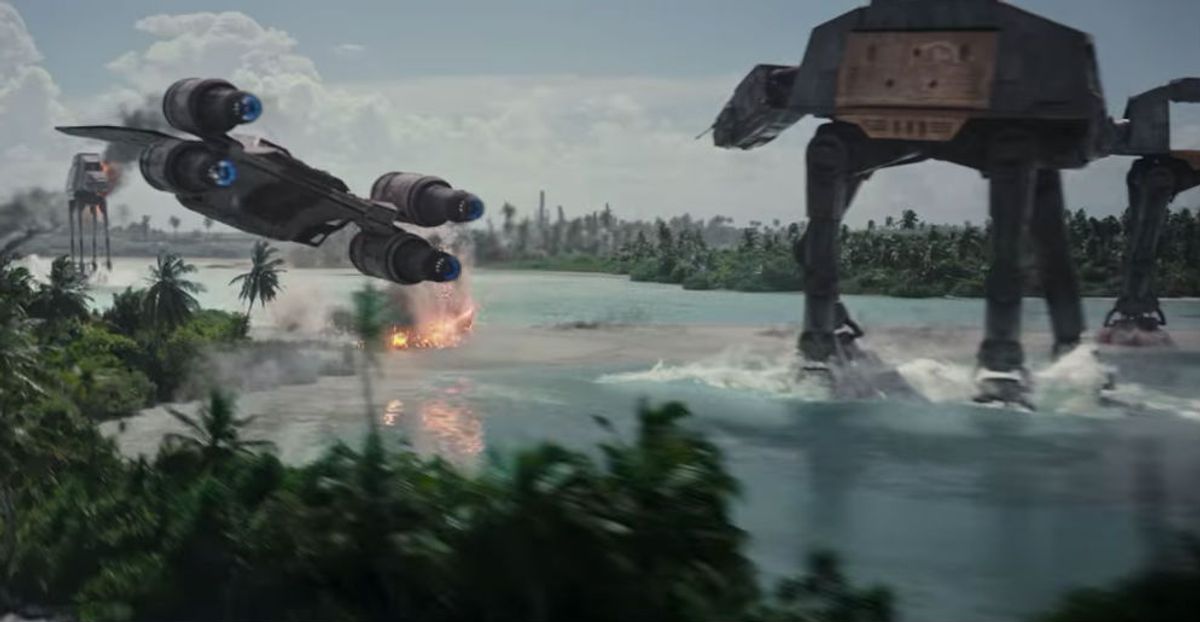 Claim:
"Star Wars: Rogue One" was re-shot to add an anti-Trump scene.
Rating:

On 8 December 2016, the boycott hashtag #DumpStarWars was widely circulated on social media. This hashtag trended for a number of reasons, including at least one rumor that an anti-Trump scene had been added to the film Star Wars: Rogue One

This claim could be traced to Jack Posobiec, the self-described special projects director of "Citizens for Trump," who generated the (completely false) rumor that the new Star Wars film was altered to add an anti-Trump scene: Posobiec either pulled this rumor out of thin air, or her misinterpreted two unconnected events: scheduled reshoots on the film and "controversial" tweets from two of the film's writers.

Star Wars: Rogue One did undergo some reshoots not long before its official release. This additional last-minute work is common for a major studio film and had nothing to do with politics. Director Gareth Edwards explained the reason in an interview with the Los Angeles Times:

We’d always planned to do a pickup shoot but we needed a lot of time to figure out all this material and get the best out of it. So that pushed the entire schedule in a big way. Then Disney saw the film and reacted really well and they said, “Whatever you need, we’re going to support you.” Our visual-effects shot count went from 600 to nearly 1,700, so suddenly we could do absolutely anything we wanted. To design 1,000 visual effects shots should take a year, so it was all hands to the pump and we never came up for air really until about a week ago.

It would be beautiful if you write a story, you shoot exactly that, you edit it and it’s a hit. But art — or good art — doesn’t work like that. It’s a process, and you experiment and react and improve. And if I make more films, which I hope to, I want to make them like that as well, where it’s organic and it’s not predetermined.

Screenwriters for the film did make some political comments on their Twitter feeds: Writers for the film also upset members of the "alt-right" when they said that the Empire was a "white supremacist organization"  that was "opposed by a multicultural group led by brave women."

While the screenwriters' statements on social media were offered as reasons for a Star Wars boycott, claims that the writers added a specific "anti-Trump" message to the film during reshoots were completely unfounded. A representative for Disney told The Wrap that the rumor was completely untrue, and Weitz called Prosbiec out for spreading lies about the film:

When Esquire reached out to Posobiec, he admitted that he hadn't even seen the film: "I haven't seen the movie yet, but if the writers are so virulently anti-Trump, I would be surprised to not find that bias embedded in the film."