Was the 'Star of Bethlehem' Shining for the First Time Since 1226?

A holiday copypasta story in late 2022 may have some readers looking up for a star that won't be there. 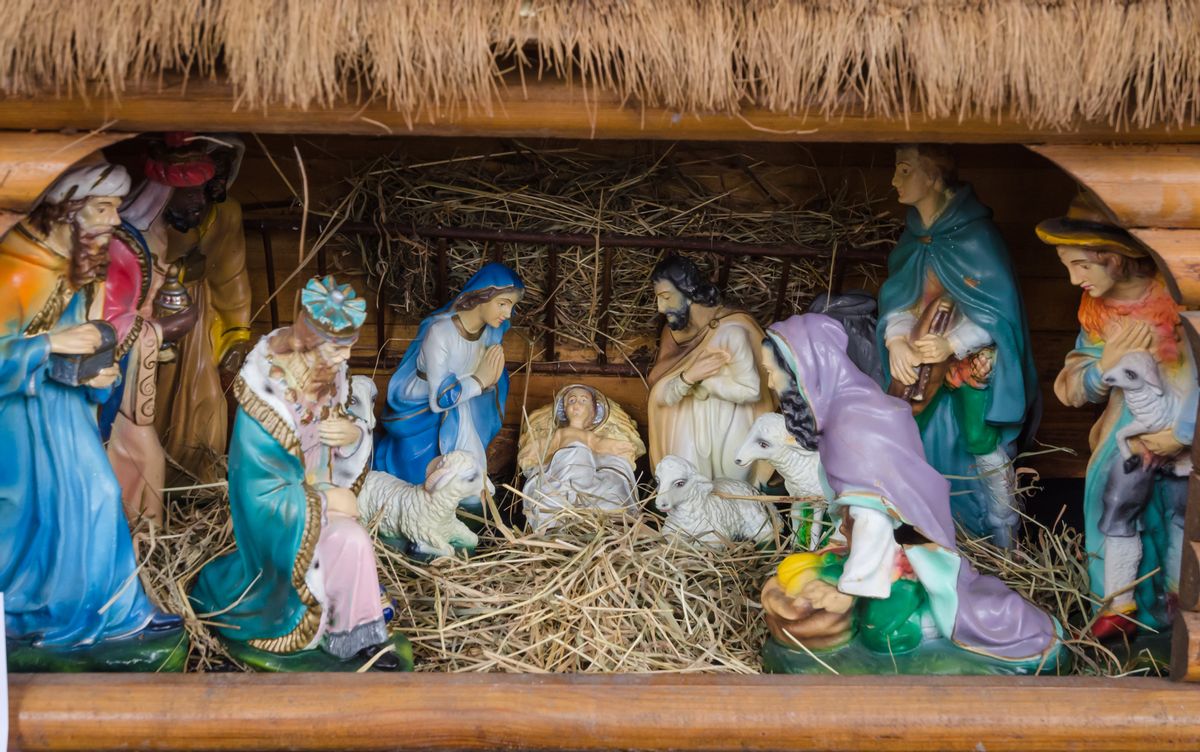 Claim:
In late December 2022, the "Star of Bethlehem" was shining for the first time since the year 1226.
Rating:

In late December 2022, social media users shared a copypasta post that claimed the "Star of Bethlehem" would shine shortly after sunset on Dec. 21 for the first time since the year 1226. Here's a screenshot of one such post on Facebook (we cropped the Facebook user's name out who reposted it for privacy's sake): 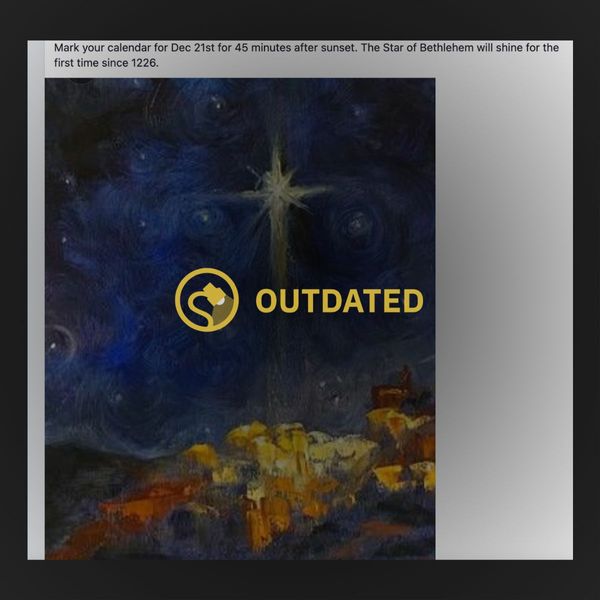 The Facebook post is dated Dec. 19, 2020, and is thus outdated as of this writing. It was referencing a celestial event that did occur on Dec. 21, 2020, in which Saturn and Jupiter crossed paths in the sky to create what appeared to be a very bright star in the sky. As The Conversation website reported at that time, experts expected the planets would "appear closer during this conjunction than they have in nearly eight centuries and also brighter."

Another factor giving the 2020 event religious overtones is the fact it occurred on the winter solstice — in other words, right before Christmas, when the birth of Jesus, the main figure in the Christian religion, is commemorated. The timing and the brightness of the conjunction had some calling the event the "Star of Bethlehem" because the New Testament Gospel of Matthew contains a story that is culturally significant in Christian celebrations of Christmas — a story of three kings who traveled to see the newborn Jesus in Bethlehem, guided by a bright star in the sky.

But religious scholar Eric M. Vanden Eykel argued in The Conversation piece that the conjunction was not the fabled Star of Bethlehem leading the Magi to the Nativity Scene. "The biblical story of the star is intended to convey theological rather than historical or astronomical truths," Vanden Eykel argued.

He added the exact date of Jesus' birth is uncertain, and that significant astrological events occur with enough frequency that there was little chance — if Saint Matthew was referring to a real star — that the Saturn-Jupiter conjunction was the one in question.