The Misadventures of the Stanley Cup

The stories about what has happened to hockey's Stanley Cup are almost urban legends unto themselves. 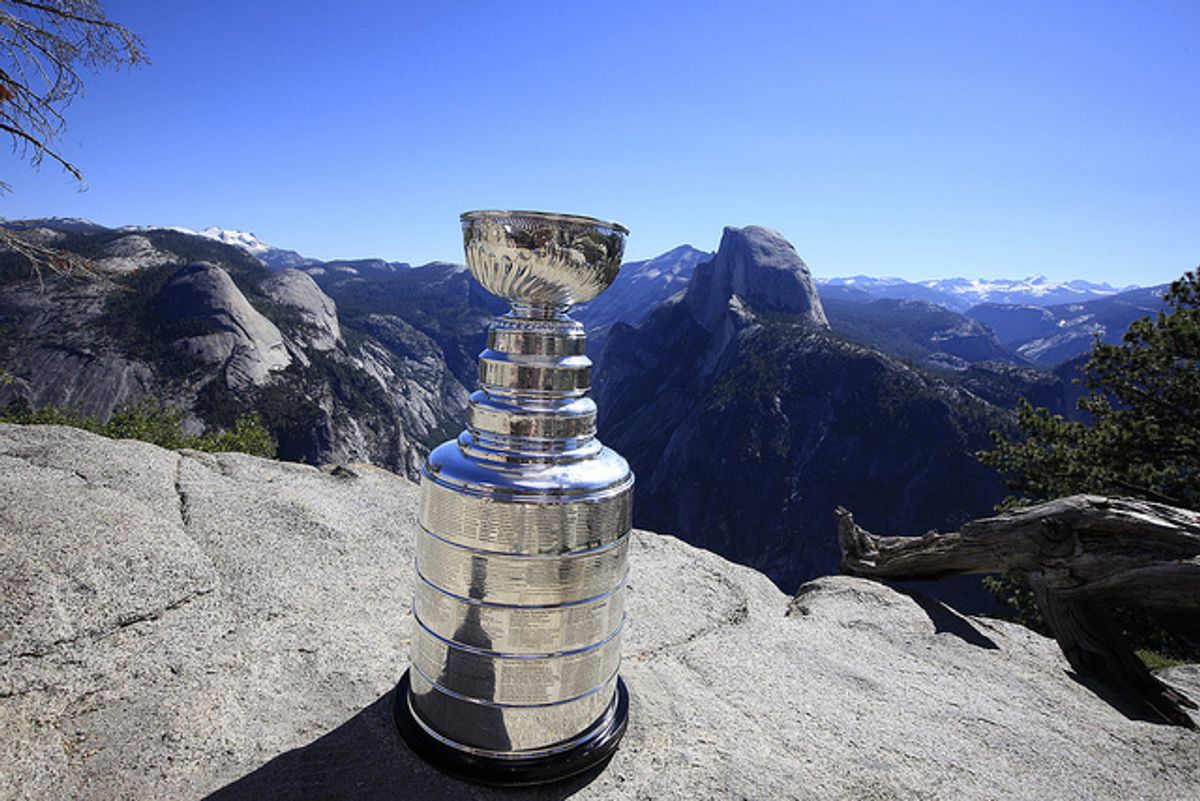 Claim:
Hockey's Stanley Cup was once left in a snowbank.
Rating:

No sports trophy can boast a history to rival that of hockey's Stanley Cup. This silver behemoth is the oldest trophy which professional athletes in North America vie for and is awarded each year to the winner of the playoffs held between the teams of the National Hockey League. The Cup's history is rich and is continually being embellished because one special circumstance sets it apart from other high-ranking sports awards: each year members of the winning team are allowed to take the Cup home with them. While other awards might spend their existences in the well-guarded trophy cases of official shrines to their particular sports, the Stanley Cup regularly hits the road with the very lads who won possession of it. And it is its life outside the trophy case which has given the Cup a lively history independent of the hockey triumphs it commemorates.

The cup itself (donated in 1892 by Lord Stanley, then Governor General of Canada) measures 7½ inches high by 11½ inches across. A banded base has since been added to it, bringing the trophy to a weight of 36 pounds and a height of 35¼ inches. The names of every team (and most of the players) who have won the Cup since 1893 are engraved upon it.

The first winner of the Stanley Cup (then called the Dominion Hockey Challenge Cup) was the Montreal Amateur Athletic Association (AAA) hockey club, champions of the Amateur Hockey Association of Canada for 1893. The National Hockey League (NHL) began play in 1917-18 with only three teams (in Toronto, Montreal and Ottawa) and shared the Stanley Cup with the Pacific Coast Hockey Association. In 1921-22 the NHL added a team in Hamilton, and the Cup was also shared with the Western Canada Hockey League. It wasn't until the 1926-27 season that the Stanley Cup become the sole property of the NHL, which by then had teams in Montreal, Toronto, Boston, Detroit, Chicago, and New York, now collectively known as the "original six." These days the NHL encompasses thirty teams.

When the Cup is touring with the victors, a replica holds its place in the Hockey Hall of Fame. Once the Cup has been proudly displayed to all and sundry, it is returned to its home in the Hall, and the copy goes back into storage. Lord Stanley's original bowl was retired in 1969 when it became too brittle (it was 77 years old, after all) and replaced with a carefully crafted replica. The original bowl is on display at the Hockey Hall of Fame.

Each winning player and team management member gets to take the Cup home for a day or two to share it with family and friends. It is on tour approximately 250 days a year. Most of the time the Cup is treated with due reverence by its possessors, but accidents do happen.

The Cup gets paraded down many a Main Street, but is also often the guest of honor at backyard barbeques, weddings, and impromptu celebrations at local pubs. It has been used as a baptismal font and a flower pot. It has reportedly been both urinated and defecated into. It has shared a bed with at least one hockey player and his wife. It has been to strip clubs and has been used as a kibble bowl for one player's dog. A Kentucky Derby winner has eaten from it. It has traveled by dogsled and sometimes been temporarily misplaced by airlines. Some of its more unusual adventures have been:

The days of the Cup's more colorful exploits may well be over: now a representative of the Hockey Hall of Fame accompanies it wherever it goes.