Really depends on how you define these words: Stanford, NIH, Study, Conclude, Mask, and Work. 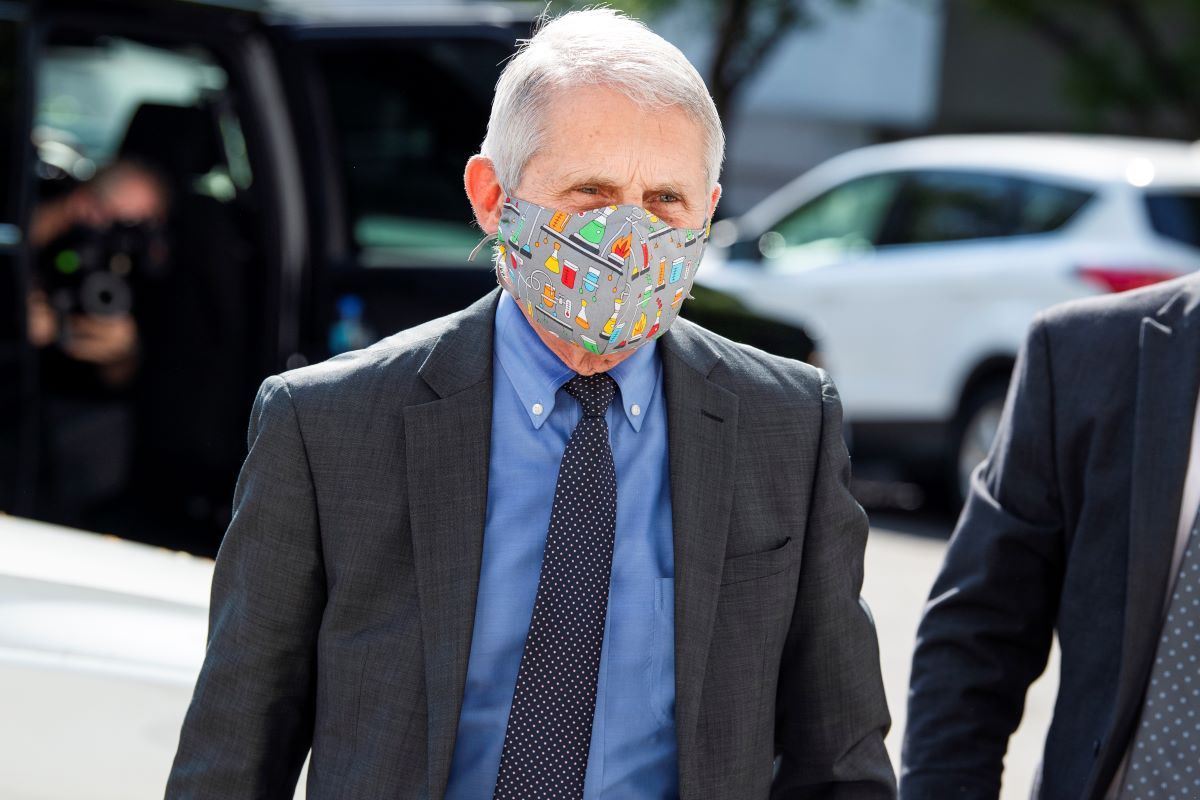 The paper was published by an exercise physiologist with no academic connection to Stanford University or the NIH in a journal that accepts "radical, speculative and non-mainstream scientific ideas."

The journal Medical Hypotheses publishes extremely speculative notions without the burden of "traditional" peer review. The journal says it accepts "radical, speculative and non-mainstream scientific ideas provided they are coherently expressed." An editor once described the journal's central philosophy as "more harm is done by a failure to publish one idea that might have been true, than by publishing a dozen ideas that turn out to be false."

In November 2020, that journal published a paper that argued using face masks to prevent COVID-19 transmission does not work and, further, that face masks cause "hypoxia, hypercapnia, shortness of breath, increased acidity and toxicity, activation of fear and stress response, rise in stress hormones, immunosuppression, fatigue, headaches, decline in cognitive performance, predisposition for viral and infectious illnesses, chronic stress, anxiety and depression." The paper joins the storied ranks of other Medical Hypotheses articles including those arguing that masturbation is a cure for nasal congestion, that the Gulf War syndrome is caused by a beef allergy, and that high heels cause schizophrenia.

Despite this journal's lack of traditional peer review and its unique editorial philosophy, the face-mask paper has been billed as authoritative empirical evidence against mask use during the COVID-19 pandemic. These sources attempt to impart further credibility to the ideas presented by describing this paper as a "Stanford study" or an "NIH study," referring to the U.S. National Institutes of Health. This is a bewildering description for a paper Stanford University had absolutely nothing to do with. The paper has only one author — an exercise physiologist named Baruch Vainshelboim who asserted in his paper that he works for the Veterans Affairs Palo Alto Health Care System, which serves a teaching hospital for Stanford University. Based on reporting from the Associated Press, this is simply not true:

“I can confirm this person is not one of our physicians,” wrote Michael Hill-Jackson, a public affairs specialist with the system. “I do not see him in our system and our Cardiology team has never heard of him.”

Vainshelboim also does not work for Stanford, according to Julie Greicius, senior director of external communications for the university’s medical school.

“Stanford University has never employed Baruch Vainshelboim,” Greicius wrote in an email to the AP. “Several years ago (2015), he was a visiting scholar at Stanford for a year, on matters unrelated to this paper.”

The NIH, as well, has nothing to do with this study. That false notion stems from the fact that Medical Hypotheses is a journal listed on PubMed, which is an index of scientific journals maintained on an NIH website but does not, in any way, act as a publisher.

The paper asserts, in a typo-filled abstract, that it "comprehensively summarizes scientific evidences [sic] with respect to wearing facemasks in the COVID-19 era, providing prosper [sic] information for public health and decisions [sic] making." Evidently, the bar for "coherently expressed" is not very high.

Simply stated, Vainshelboim asserts three things: Masks don't work in preventing COVID-19 transmission, masks deprive the body of oxygen (hypoxia) and cause a build-up of carbon dioxide (hypercapnia), and that the physiological consequences have wide ranging physical and mental health consequences. To make this argument, Vainshelboim cites a variety of sources that often conclude the opposite of what he describes them as finding.

For example, Vainshelboim asserts that "clinical scientific evidence challenges further the efficacy of face masks to block human-to-human transmission or infectivity." The paper that he cites to make that point, however, concluded that "surgical face masks could prevent transmission of human coronaviruses and influenza viruses from symptomatic individuals." As explained by the University of Washington's Center for Pandemic Preparedness, that paper found that:

In terms of the purported physiological effects of mask wearing, Vainshelboim's rhetorical play is to cite papers or books that describe the negative health consequences of hypoxia and hypercapnia and then assert without evidence that masks can cause clinically significant occurrences of those conditions. This allows him to fill his paper with citations that support the very basic and uncontroversial notion that humans need to breathe and respire while making it look as if a wide body of scientific evidence supports his position.

The notion that masks could cause a loss of oxygen significant enough to promote hypoxia or hypercapnia is a speculative "medical hypothesis" that has been debunked repeatedly since the start of the pandemic.

"This misinformation may arise from the feeling of lack of air due to mechanical obstruction depending on the type of mouthpiece we are using. But the feeling of obstruction is because we are not used to using the mouth mask. But as such it will not cause us any kind of hypoxia," Daniel Pahua Díaz, an academic from the Department of Public Health at the National Autonomous University of Mexico medical school, told Mexican fact-checking outlet Animal Político in May 2020.

As the Centers for Disease Control and Prevention explained to Reuters, "CO2 will slowly build up in the mask over time [but] the level of CO2 likely to build up in the mask is mostly tolerable to people exposed to it." To argue against that notion, Vainshelboim misleadingly cites studies conducted on unhealthy populations such as those with end-stage renal disease. To argue that "chronic mild or moderate hypoxemia and hypercapnia such as from wearing facemasks" can result in significant physiological harm, Vainshelboim cites a paper published in — you guessed it — Medical Hypotheses.

The final portion of this paper is really where the "radical" and "speculative" notions that make Medical Hypotheses famous come into play. Similar to his arguments about hypoxia and hypercapnia, Vainshelboim provides copious citations to defend the self-evidently true notion that social isolation is bad for your mental health before asserting without evidence that masks are causing social isolation. He presents a smorgasbord of radical speculations and half-baked ideas for why masks might do this:

Psychologically, wearing facemask fundamentally has negative effects on the wearer and the nearby person. Basic human-to-human connectivity through face expression is compromised and self-identity is somewhat eliminated. These dehumanizing movements partially delete the uniqueness and individuality of person who wearing [sic] the facemask as well as the connected person.

Social connections and relationships are basic human needs, which innately inherited in all people [sic], whereas reduced human-to-human connections are associated with poor mental and physical health. Despite escalation in technology and globalization that would presumably foster social connections, scientific findings show that people are becoming increasingly more socially isolated, and the prevalence of loneliness is increasing in last [sic] few decades. Poor social connections are closely related to isolation and loneliness, considered significant health related risk factors.

As Benjamin Neuman, a biology professor at Texas A&M University and chief virologist of that university’s Global Health Research Complex, said about this study, "it's a list of generally discredited hypotheses that have been tested and disproved. … it isn't science." It also isn't a "Stanford/NIH study." As such, we rate this claim as "False.

On May 12, 2021, following initial publication of this fact check, Medical Hypothesis retracted Vainshelboim's paper. In their retraction notice, the journal's editors wrote that "we do not publish misleading or inaccurate citations to advance any hypotheses."