No evidence supports the popular rumor that asparagus has miraculous cancer-fighting properties. 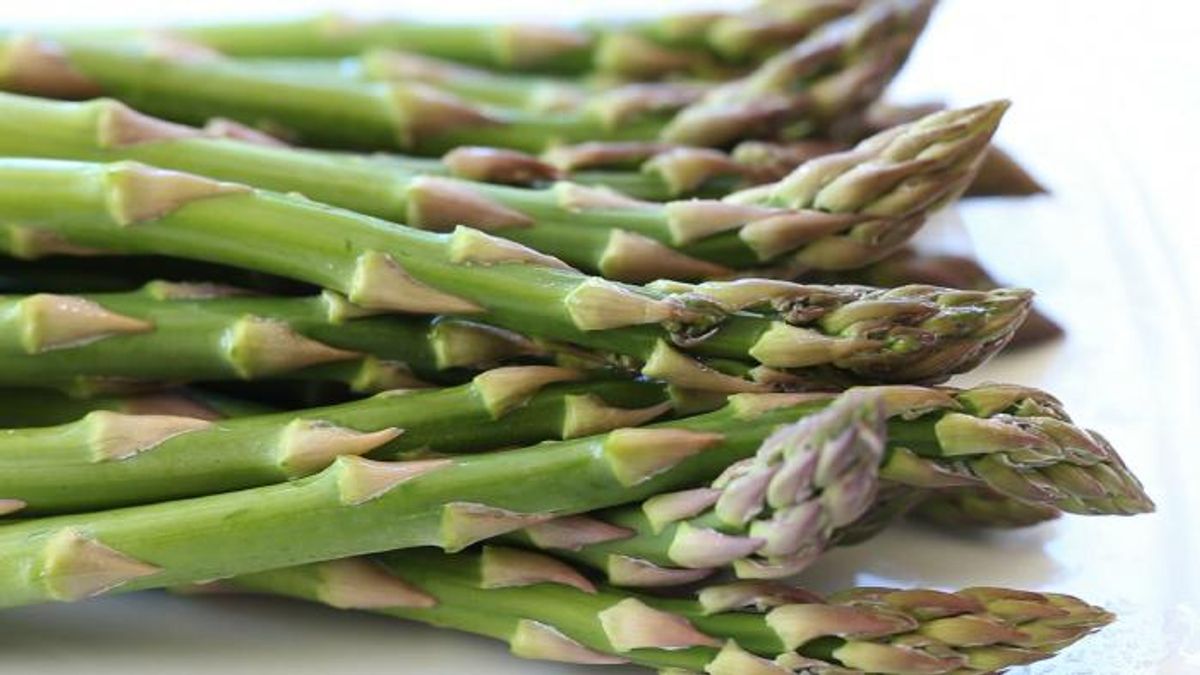 An item about the supposedly miraculous cancer-fighting properties of asparagus has been bruited about the Internet since October 2006:

Several years ago, I had a man seeking asparagus for a friend who had cancer. He gave me a photocopied copy of an article, entitled, 'Asparagus for cancer' printed in Cancer News Journal, December 1979.

I will share it here, just as it was shared with me: 'I am a biochemist, and have specialized in the relation of diet to health for over Several years ago, I learned of the discovery of Richard R. Vensal, D.D.S. that asparagus might cure cancer.

Since then, I have worked with him on his project. We have accumulated a number of favourable case histories.

Here are a few examples:

Case No. 1,
A man with an almost hopeless case of Hodgkin's disease (cancer of the lymph glands) who was completely incapacitated. Within of starting the asparagus therapy, his doctors were unable to detect any signs of cancer, and he was back on a schedule of strenuous exercise.

Case No. 2,
A successful businessman 68 years old who suffered from cancer of the bladder for After years of medical treatments, including radiation without improvement, he went on asparagus. Within examinations revealed that his bladder tumor had disappeared and that his kidneys were normal.

Case No. 3,
a man who had lung cancer. On March 5th 1971, he was put on the operating table where they found lung cancer so widely spread that it was inoperable. The surgeon sewed him up and declared his case hopeless. On he heard about the asparagus therapy and immediately started taking it. By August, pictures revealed that all signs of the cancer had disappeared. He is back at his regular business routine.

Case No. 4,
A woman who was troubled for a number of years with skin cancer. She finally developed different skin cancers which were diagnosed by asking specialist as advanced. Within after starting on asparagus, her skin specialist said that her skin looked fine and no more skin lesions. This woman reported that the asparagus therapy also cured her kidney disease, which started in 1949. She had over for kidney stones, and was receiving government disability payments for an inoperable, terminal, kidney condition. She attributes the cure of this kidney trouble entirely to the asparagus.

I was not surprised at this result, as 'The elements of Materia Medica', edited in 1854 by a Professor at the University of Pennsylvania, stated that asparagus was used as a popular remedy for kidney stones. He even referred to experiments, in 1739, on the power of asparagus in dissolving stones.

We would have other case histories but the medical establishment has interfered with our obtaining some of the records. I am therefore appealing to readers to spread this good news and help us to gather a large number of case histories that will overwhelm the medical skeptics about this unbelievably simple and natural remedy. For the treatment, asparagus should be cooked before using, and therefore canned asparagus is just as good as fresh.

I have corresponded with the two leading canners of asparagus, Green Giant and Stokely, and I am satisfied that these brands contain no pesticides or preservatives.

PROCEDURE:
1) Place the cooked asparagus in a blender and liquefy to make a puree, and store in the refrigerator.

2) Give the patient 4 full tablespoons twice daily, morning and evening.

Patients usually show some improvement in from It can be diluted with water and used as a cold or hot drink. This suggested dosage is based on present experience, but certainly larger amounts can do no harm and may be needed in some cases.

As a biochemist I am convinced of the old saying that 'what cures can prevent'. Based on this theory, my wife and I have been using asparagus puree as a beverage with our meals.

We take 2 tablespoons diluted in water to suit our taste with breakfast and with dinner. I take mine hot and my wife prefers
hers cold.

For years we have made it a practice to have blood surveys taken as part of our regular checkups.

The last blood survey, taken by a medical doctor who specializes in the nutritional approach to health, showed substantial improvements in all categories over the last one, and we can attribute these improvements to nothing but the asparagus drink...

As a biochemist, I have made an extensive study of all aspects of cancer, and all of the proposed cures. As a result, I am convinced that asparagus fits in better with the latest theories about cancer. Asparagus contains a good supply of protein called histones, which are believed to be active in controlling cell growth. For that reason, I believe asparagus can be said to contain a substance that I call cell growth normalizer. That accounts for its action on cancer and in acting as a general body tonic. In any event, regardless of theory,asparagus used as we suggest, is a harmless substance.

The FDA cannot prevent you from using it and it may do you much good.. It has been reported by the US National Cancer Institute, that asparagus is the highest tested food containing glutathione, which is considered one of the body's most potent anticarcinogens and antioxidants.

While this piece claims to draw its information from a piece titled "Asparagus for Cancer" printed in Cancer News Journal in December 1979, we've as yet been unable to locate a copy of that article or find information about either the unnamed biochemist narrator or the article's purported authority, . (It isn't clear what the "D.D.S." stands for — that abbreviation is typically the short form for Doctor of Dental Surgery or Doctor of Dental Science, degrees one would not think would position their holders to perform groundbreaking work in the field of oncology.) It should go without saying that until far more is known about the 1979 "Asparagus for Cancer" article, that its purported miraculous tales of serious bouts of cancer overcome by asparagus therapy cannot be confirmed and thus should not be regarded as anything other than lore.

However, that article's provenance aside, asparagus might indeed have certain anti-cancer properties. In addition to this vegetable's many other nutritional benefits (only per serving, high in folic acid, plus a good source of B6 and C, calcium, iron, thiamin, potassium and fiber), it is high in the micronutrient glutathione, an antioxidant. Glutathione is said to defend the body against viruses, certain types of cancer, and boosts immune cells.

Antioxidants have long been touted as one of the keys to preventing cancer. However, the National Cancer Institute (NCI) says of that conviction:

In other words, antioxidants may or may not be the potent cancer-fighters they're widely believed to medical jury is still out on that subject.

In fact, a 2018 study suggested that not eating asparagus might reduce the spread of cancer:

A study of lab mice found lowering levels of asparagine "dramatically" reduced the spread of triple-negative breast cancer. The researchers, who published their work in the journal Nature, used a number of methods to reduce asparagine levels in the mice, including changes to their diets.

Cancer spread more when the mice were given asparagine-rich foods, which include dairy, beef, poultry, eggs, nuts, seeds and whole grains, among others. Fruits and vegetables contain low levels of asparagine.

As for the notion that asparagus (or any other food) can actually help cure cancer, however, the Johns Hopkins Kimmel Cancer Center noted:

According to our experts, a poor diet and obesity associated with a poor diet is a risk factor for the development of cancer. However, there is no evidence that certain foods alter the environment of an existing cancer, at the cellular level, and cause it to either die or grow.