A spectacular 'ladder' fireworks display captured on video was a real event and not digitally created footage. 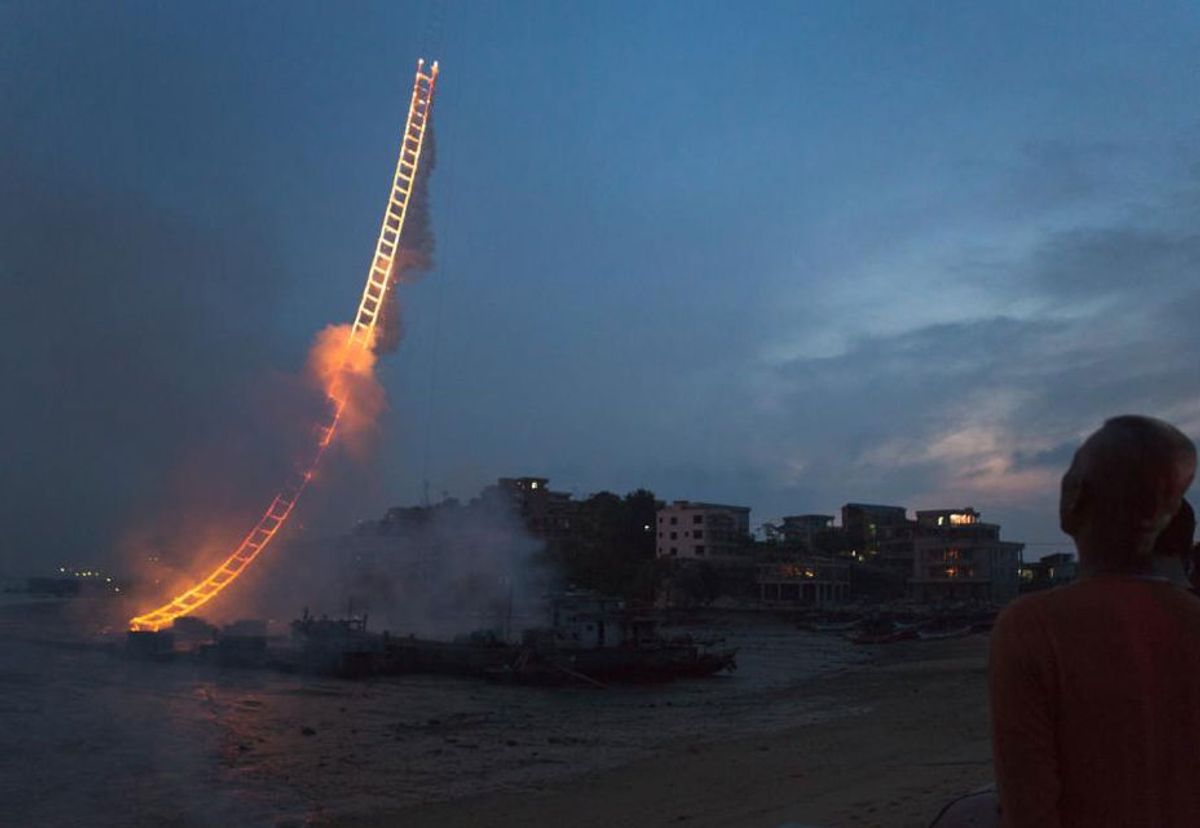 An older video purportedly showing a "Stairway to Heaven" firework display in the shape of a ladder was recirculated online in July 2016:

While many viewers questioned whether this fireworks display footage was digitially created with a computer, the video does capture a real display that lit up the sky above Quanzhou City, China, in 2015.

It's difficult to see in the video shown above, but photographs of the display posted on artist Cai Guoqiang's web site show that the pyrotechnics are being carried upward by a hot air balloon: When video of the display first went viral in 2015, Yahoo News published an article explaining how Guoqiang created the Sky Ladder.

This isn't the only amazing fireworks show designed by Cai Guoqiang, who was also responsible for many of the fireworks during the 2008 Beijing Olympics: