Is This Real Video of a Man Installing A/C While Perched on Stack of Ladders? 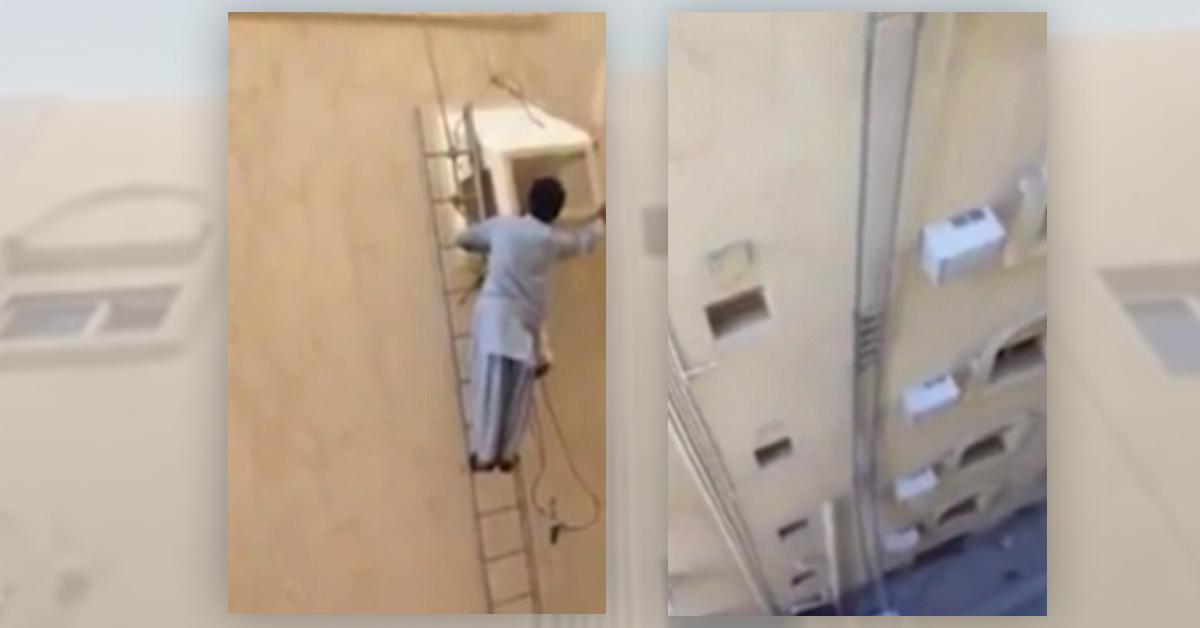 Claim:
A video shows a man in India installing an A/C unit while precariously perched on a stack of ladders tied together.
Rating:

While we have no reason to doubt the authenticity of the video, we are unable to tie down its source or the context in which it was taken.

For years, a viral video of a man installing or repairing an air conditioning unit without safety equipment on top of a massive series of ladders has been shared on YouTube, Reddit, and highlighted in international news reports:

The video shows a worker near the top of a series of ladders tied together and secured from the top of the building by a rope, calmly working on the unit.

While there are no indications that the video is fabricated, it has been shared, reshared, and licensed so many times that its true origin is hard to pin down. The earliest reference to the video appears to be in an Reddit thread first posted on Jan. 13, 2015. The YouTube video linked to as the source in that thread no longer exists.

The Daily Mail published a story about the video in August 2015, describing it as "a workman fixing an air conditioning unit attached to the side of a building in what is believed to be India." At the time of their publication, the video was apparently owned or licensed by the YouTube Channel "Amazing Videos." Other YouTube channels now claim ownership of the video.

As the only information about the video is what is seen in the video itself, we are unable to prove or contextualize its origin. As such, we rate this claim "Unproven."