A Republican Congressman saw a conflict of interest involving the Abrams sisters in December 2020. 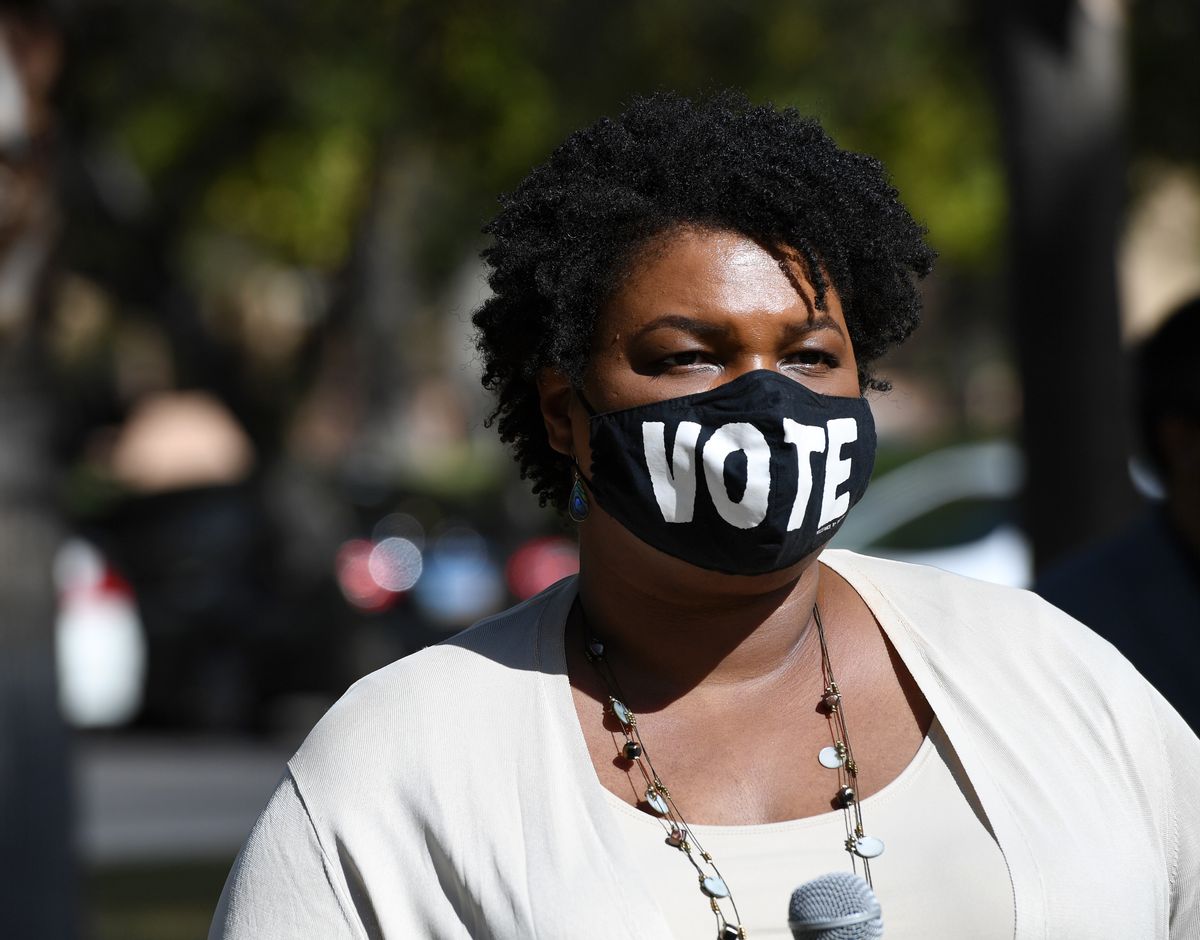 Claim:
In December 2020, U.S. District Court Judge Leslie Abrams Gardner ruled on a case to which her sister, Stacey Abrams, was a party.
Rating:

U.S. District Court Judge Leslie Abrams Gardner is the sister of Stacey Abrams, and ruled on a voter-registration case that was very similar to another case before a different district court in Georgia, which involved Abrams' voting rights organization Fair Fight.

Neither Abrams nor Fair Fight were a party to the specific case before Abrams Gardner in the Middle District of Georgia in December 2020. The case involving Abrams and Fair Fight was overseen by a different judge in a different court.

In December 2020, right-leaning observers and prominent Republican politicians cried foul after a federal court judge blocked attempts to remove thousands of names from voter rolls in Georgia, ahead of January's two U.S. Senate run-off elections in the state.

On Dec. 28, Politico reported that:

A federal judge in Georgia on Monday ordered two counties to reverse a decision removing more than 4,000 voters from the rolls ahead of the Jan. 5 runoff elections that will decide control of the U.S. Senate.

The judge, Leslie Abrams Gardner — the sister of former gubernatorial candidate Stacey Abrams, a prominent ally of President-elect Joe Biden who has led voter registration efforts across the state — concluded that the counties appeared to have improperly relied on unverified change-of-address data to invalidate registrations in the two counties.

The bulk of the registrations that the counties sought to rescind, more than 4,000, were in Muscogee County, which Biden won handily in November. An additional 150 were from Ben Hill County, which Trump won by a wide margin.

U.S. Sen. Ted Cruz of Texas responded by tweeting: "This is absurd. This is an obvious case for recusal. For Stacey Abrams’ sister to refuse to recuse — and issue this decision despite her indisputable bias — undermines the integrity of the entire judicial system." Donald Trump Jr. wrote "Nothing shady here..."

Doug Collins, the outgoing Republican congressman who ran unsuccessfully for the U.S. Senate in 2020, said Abrams Gardner should recuse herself from the case because "her own sister is a party!" In reality, Abrams was not a party to the case on which her sister ruled in December 2020. Collins stated a significant falsehood in claiming otherwise.

Former Georgia gubernatorial candidate Stacey Abrams and Leslie Abrams Gardner are indeed sisters. Over the years, Abrams has repeatedly confirmed as much, including when she congratulated Abrams Gardner on her U.S. Senate confirmation and appointment as U.S. District Court judge for the Middle District of Georgia, in 2014 and 2015.

The case in question was Majority Forward and Gamaliel Warren Turner vs. Ben Hill County Board of Elections et al. Majority Forward is a non-profit voter registration organization, and Turner is a resident of Muscogee County, Georgia.

According to Abrams Gardner's Dec. 28 ruling, the basic facts of the case were as follows. Earlier in December 2020, Tommy Roberts — a City Council member in Fitzgerald in Ben Hill County — challenged the eligibility of 328 registered voters in the county. Based on his own cross-referencing of the U.S. Postal Service's National Change of Address database, Roberts contended that those voters had moved out of the state and were therefore no longer eligible to vote in Ben Hill County.

The board of elections in Ben Hill County determined that Roberts' challenge to the eligibility of 152 of those voters was likely valid, and they designated those 152 voters "pending hearing" and contacted them to advise that they would only be allowed to cast provisional ballots in the January 2021 Senate run-off election, and would subsequently have to "cure" those ballots by providing proof of their residency.

In Muscogee County, a man named Ralph Russell brought a similar challenge, claiming to have found 4,033 registered voters in Muscogee County who, according to the National Change of Address database, had moved out of state. The Muscogee County Board of Elections determined that Russell's challenge was probably valid, and contacted those 4,033 "targeted voters" to inform them they could only cast provisional ballots, and would have to provide proof of residency. Turner was one of those targeted voters.

On Dec. 23, Majority Forward challenged the actions of Muscogee and Ben Hill counties, and filed for a temporary restraining order on Dec. 27.  On Dec. 28, Abrams Gardner granted that order, meaning the counties were ordered, for the next eight days, not to remove the targeted voters from registration lists, or require them to cast only provisional ballots. Since that time period covered the Jan. 5, 2021, elections, the targeted voters were therefore allowed to vote as normal in the U.S. Senate run-off elections. Abrams Gardner's reasoning can be examined in the ruling itself.

The defendants in the case filed a motion to request that Abrams Gardner recuse herself. They argued, in part, that Fair Fight — the voting rights group founded and chaired by Abrams — was involved in similar litigation before the U.S. District Court in Georgia's Northern District, and the same lawyers represented Fair Fight and Majority Forward in the cases. They also argued that Abrams Gardner's ruling in the Majority Forward case could have a bearing on the judge's decision-making in the Fair Fight litigation, which directly involved Abrams, since she is the chairperson of that organization. The defendants wrote:

In addition, any relief rendered in the instant case as it relates to the NCOAR [National Change of Address Registry] would likely be cited as persuasive authority in the Fair Fight Litigation. Abrams’ interest could therefore be substantially affected by the outcome of this proceeding. For this reason, Judge Gardner’s impartiality might reasonably be questioned were this case to proceed before her.

In a footnote to her Dec. 28 ruling, Abrams Gardner noted the request for her to recuse herself, but stated simply, "The Court has reviewed the motion and finds no basis for recusal." Abrams Gardner added that "an order detailing the court's reasoning" was forthcoming. As of Dec. 31, no such order was available on the case's online docket.

Contrary to Collins' claim, Abrams was not a "party" to the Majority Forward litigation on which her sister ruled in December 2020. However, she is the chairperson of Fair Fight, a voting rights organization that acted as a plaintiff in a very similar case, albeit in a different U.S. District Court, in Georgia, at the same time.

Whether that connection, in combination with her familial relationship with Abrams Gardner, should constitute grounds for recusal, is ultimately a matter of subjective interpretation. But Collins undoubtedly erred when he claimed that "Stacey Abrams’s sister is ruling on a case in which her own sister is a party!"