A graphic criticizing the 2018 Georgia gubernatorial candidate was not inaccurate, but neither was it a "gotcha" moment. 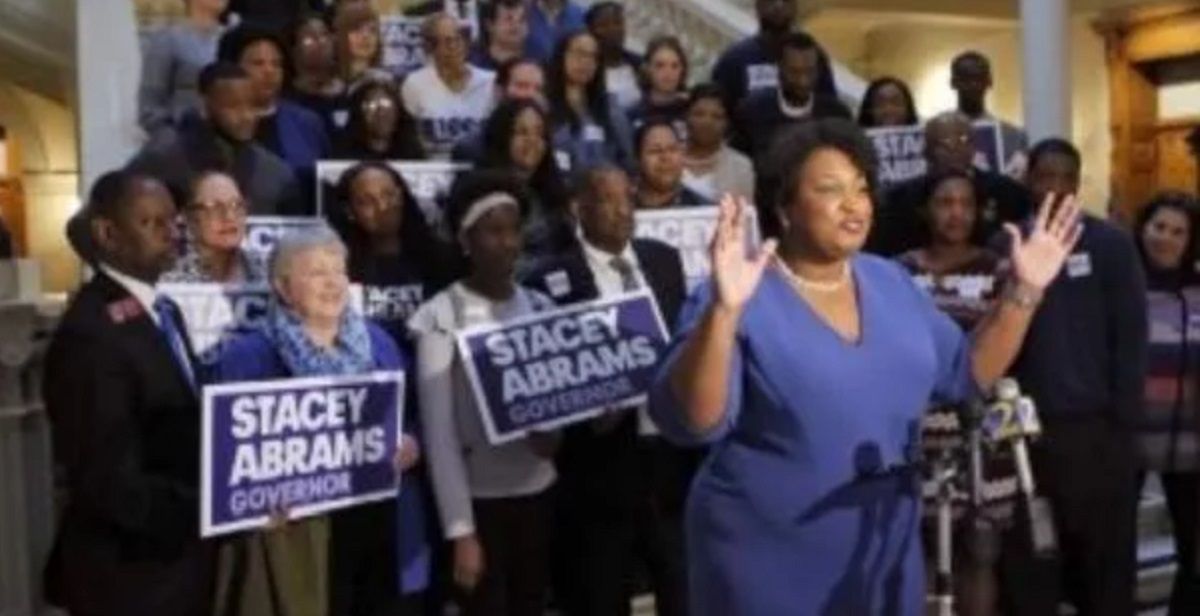 A graphic circulated online about 2018 Georgia gubernatorial candidate Stacey Abrams' owing a lack sum in back taxes was technically accurate, but it omitted several key details for the sake of trying to frame her as being irresponsible or dishonest.

The meme showed a photograph of Abrams along with a caption reading "This is Stacy [sic] Abrams the Democrat on the ticket for Georgia governor. She owes the IRS $50,000 in back taxes": Abrams publicly revealed that she owed a $54,000 debt to the Internal Revenue Service when she released her personal financial disclosure documents in March 2018. But although she is in debt, she is not delinquent in her taxes, as documents show her to be on a payment plan after deferring payments for tax years 2015 and 2016.

The candidate elaborated on her situation in an op-ed published by Fortune magazine on 24 April 2018, saying that even though she earned $95,000 a year at her first job after graduating college, the cost of her education still left her more than $100,000 in debt before she had to take on even more financial responsibilities:

I'd love to say that was the end of my financial troubles, but life had other plans. In 2006, my youngest brother and his girlfriend had a child they could not care for due to their drug addictions. Instead, my parents took custody when my niece was five days old.

Underpaid, raising an infant, and battling their own illnesses, my parents' bills piled up. I took on much of the financial responsibility to support them, and even today remain their main source of financial support.

Paying the bills for two households has taken its toll. Nearly twenty years after graduating, I am still paying down student loans, and am on a payment plan to settle my debt to the IRS. I have made money mistakes, but I have never ignored my responsibilities; I will meet my obligations -- however slowly but surely.

Abrams' opponent in the 2018 gubernatorial race (which she lost), Republican Brian Kemp, was reportedly also in heavy debt. He was sued by an investment company in June 2018 after allegedly failing to repay a $500,000 loan he guaranteed for an agricultural company in which he invested, Hart AgStrong LLC.

Kemp has claimed that he is not responsible for paying the loan, but the Atlanta Journal-Constitution reported in September 2018 that according to court documents, Kemp also promised to cover around $10 million in other loans for the company.