Does This Video Show Baby Spiders Dispersing from Their Recently Squashed Mother?

Be careful you don't end up with more than you bargained for when you go after household invaders. 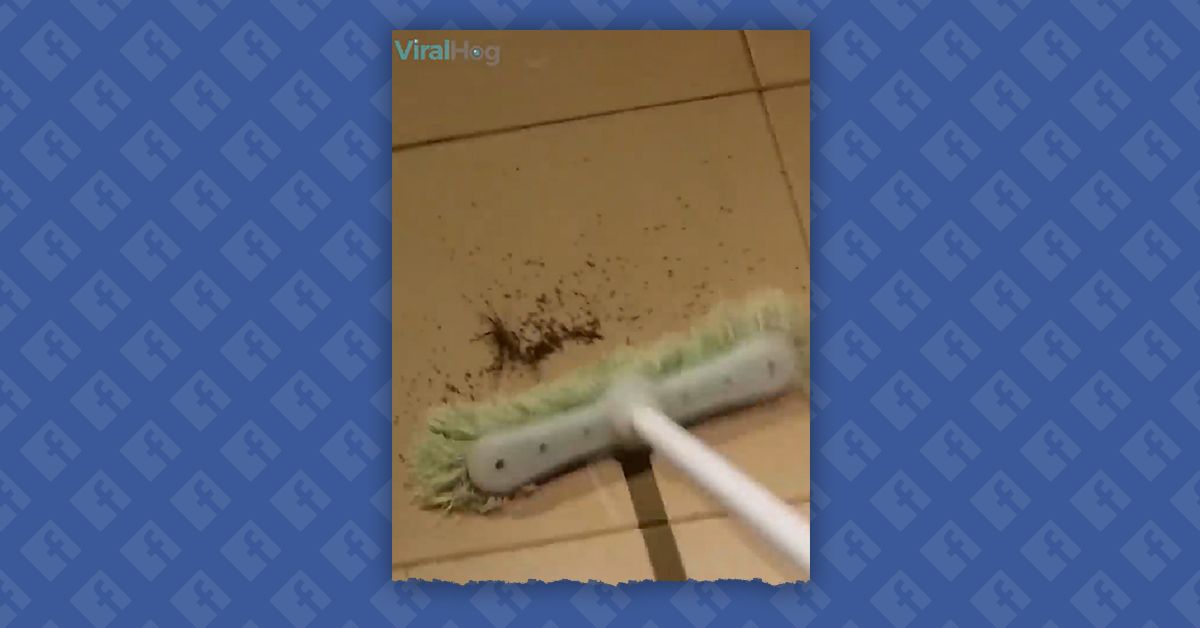 Claim:
A video shows dozens of spiderlings dispersed from their mother after she was squashed with a broom.
Rating:

A viral video purportedly showing dozens of baby spiders scattering across the floor after their mother was pummeled with a broom has been terrifying arachnophobics for several years. Although a number of articles were written about this creepy crawly incident when it first went viral in 2015, many people now encounter this footage on social media, where it is often shared with practically no information about its backstory.

This video was originally posted to YouTube in April 2015 by Danny Ford:

A bit of text from the video's description explained that the footage showed a "huge wolf spider" in Hallett Cove, South Australia:

Huge Wolf spider found in Hallett Cove, South Australia, we got a bit of a surprise when I squashed it with a broom as hundreds of baby spiders came crawling out of the mother. Arachnophobia anyone? Worst nightmare? or maybe just instant karma, I will let you decide ...

The footage appears to be genuine, but Ford's description contained a small error: those baby spiders likely didn't crawl "out of the mother."

Norman Platnick, a spider biologist with the American Museum of Natural History in New York, told National Geographic that baby wolf spiders ride on their mother's abdomen for the first few days after they hatch. So when the spider in the video was hit with the broom, these spiderlings were flung from (rather than "out of") their mother's body:

Christopher Buddle, an arachnologist at McGill University, agrees that the critter in the video is most likely a wolf spider. Typically, the spiderlings will reassemble on their mother after the danger passes, says Buddle. In the event that their mother is killed, they don't have a good chance of surviving, he notes.

Here's a video that gives a better look at a mother wolf spider carrying babies on her back: