Should You Use Wasp Spray for Self-Defense?

Is a can of wasp spray a preferable alternative to pepper spray for protection against assailants? 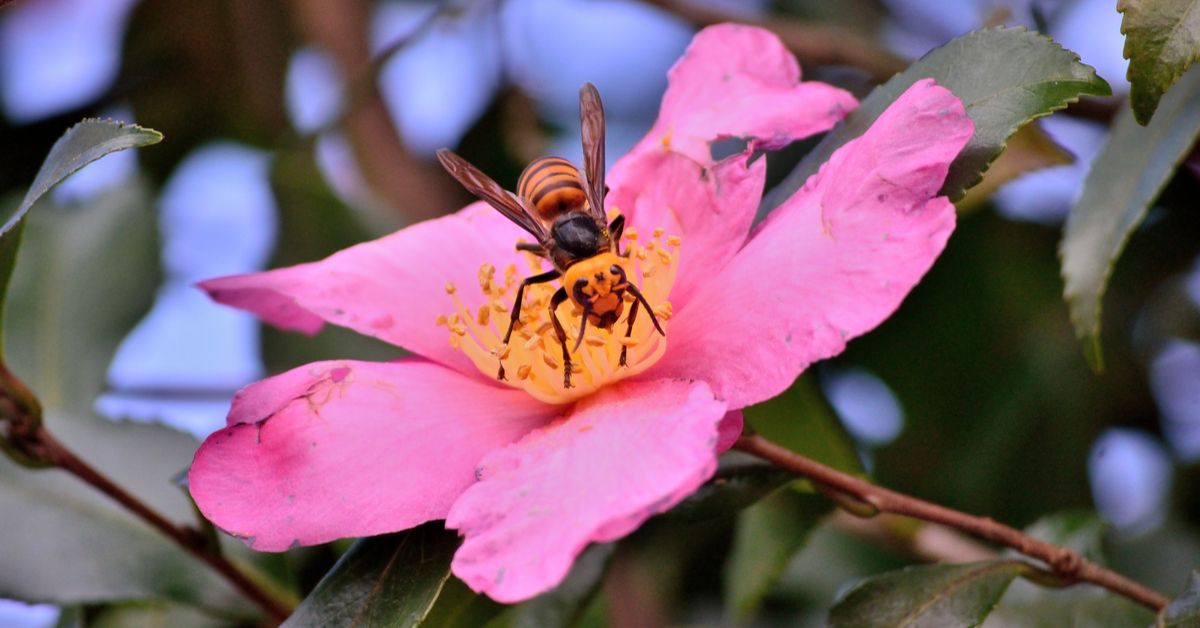 Claim:
A can of wasp spray is a preferable alternative to pepper spray for protection against assailants.
Rating:

Wasp Spray I have a friend who is a receptionist in a church in a high risk area who was concerned about someone coming into the office on Monday to rob them when they were counting the collection. She asked the local police department about using pepper spray and they recommended to her that she get a can of wasp spray instead. The wasp spray, they told her, can shoot up to twenty feet away and is a lot more accurate, while with the pepper spray they have to get too close to you and could overpower you. The wasp spray temporarily blinds an attacker until they get to the hospital for an antidote. She keeps a can on her desk in the office and it doesn't attract attention from people like a can of pepper spray would. She also keeps one nearby at home for home protection. Thought this was interesting and might be of use...

Capsaicin is an inflammatory agent which causes a burning sensation of the mucous membranes; when sprayed into the face and eyes of an assailant, it can effectively disable the attacker by temporarily inducing tears, pain, blindness, and choking:

A very small amount of this powerful inflammatory agent making contact with the eyes will cause the eyelids to immediately close. When sprayed in the nose and mouth area, it will incapacitate your assailant by causing the contraction of the esophagus, trachea, and respiratory tract forcing uncontrolled choking and restricted breathing.

The item quoted above advocates keeping a can of wasp spray at home or in the office as a preferable alternative to pepper spray, on the basis that the former can be dispensed with more accuracy and over a greater distance, thus allowing the wielder to disable a potential assailant from farther away and minimize the chances of being overpowered.

Wasp spray can have effects similar to pepper spray when used for self-defense, and some have advocated its use for this purpose:

Val Glinka teaches self-defense to students at Sylvania Southview High School. For decades, he's suggested putting a can of wasp and hornet spray near your door. Glinka says, "This is better than anything I can teach them."

Glinka considers it inexpensive, easy to find, and more effective than mace or pepper spray. The cans typically shoot 20 to 30 feet; so if someone tries to break into your home, Glinka says "spray the culprit in the eyes". It's a tip he's given to students for decades. It's also one he wants everyone to hear.

Wasp spray has also been employed by criminals as an offensive weapon, as noted in the following 2002 news report:

Three men have been charged in the attempted holdup of an Amish couple riding a buggy on their way back from church.According to sheriff's reports, the three struck the buggy with their car before two of the men directed wasp spray at the couple and threatened them with baseball bats. They demanded money and frisked the husband, but they found he had no cash, police said.

Nearly an hour later, a sheriff's deputy spotted a car trying to force another buggy off a road in the same area. After a short chase, a car containing the suspects was pulled over and they were arrested.

However, some have advised against adopting wasp spray as an alternative to pepper spray, primarily for two reasons: