How to Spot a Two-Way Mirror

Is looking for a gap between an object and its reflection a good way to distinguish two-way mirrors from ordinary mirrors? 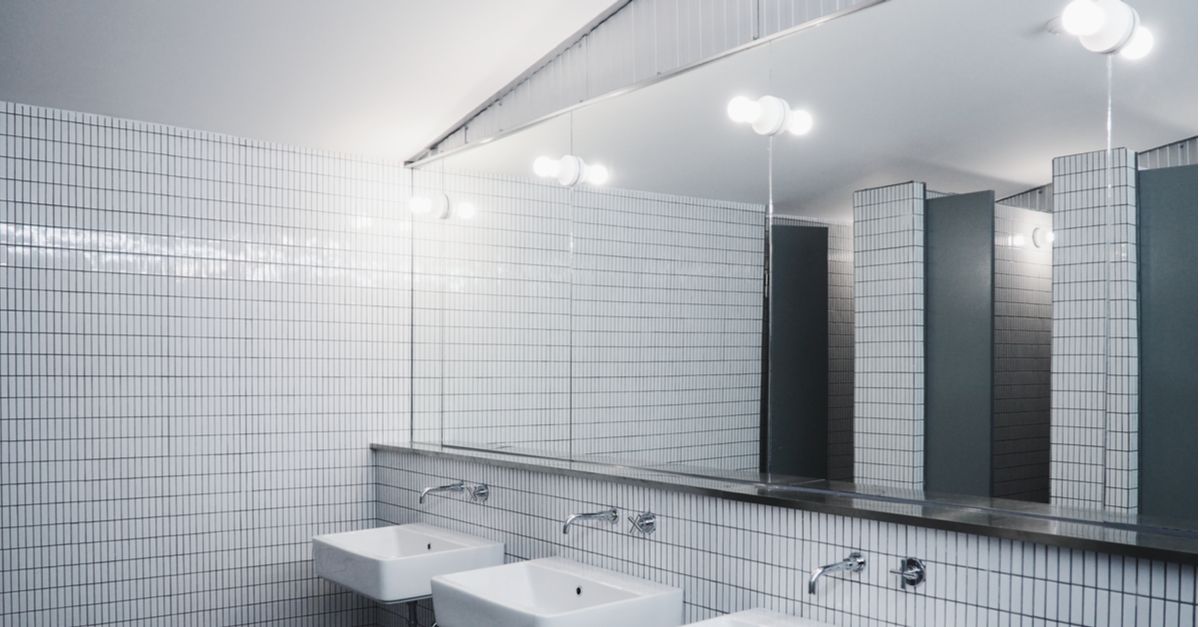 Claim:
Looking for a gap between an object and its reflection is a way to distinguish two-way mirrors from ordinary mirrors.
Rating:

With the recent advancements in miniaturized electronics, it's hard for any of us to know we're not being spied upon these days; cameras and transmitters can now be made so small and unobtrusive that most of us wouldn't be able to find them even if we knew where to look for them. Many would-be peeping toms still resort to less technologically-advanced methods such as peepholes and two-way mirrors, though, hence a warning which began circulating on the Internet in April 1999:

HOW TO DETECT A 2-WAY MIRROR

When we visit toilets, bathrooms, hotel rooms, changing rooms, etc. How many of you know for sure that the seemingly ordinary mirror hanging on the wall is a real mirror, or actually a 2-way mirror (i.e. they can see you, but you can't see them)? There have been many cases of people installing 2-way mirrors in female changing rooms. It is very difficult to positively identify the surface by just looking at it. It's time to get paranoid. So, how do we determine with any amount of certainty? Well, once again, I am here to enlighten you. Just conduct this simple test:

So remember, every time you see a mirror, do the "fingernail test". It doesn't cost you anything. It is simple to do, and it might save you from getting "visually raped"!

First off, we should clear up some confusing terminology. The subject this message addresses are panels which look like mirrors on one side but work like tinted windows from the other side — that is, if you're on one side of such a panel, it appears to be mirror in which you can see your reflection; if you're on the other side, it serves as a window through which you can see everything (and everyone) on the other side. These panels are confusingly referred to as both "one-way mirrors" and "two-ways mirrors," so to avoid additional confusion we will henceforth call them "transparent mirrors."

The fingernail test described above is a method for determining the difference between first-surface mirrors and second-surface mirrors, both of which are ordinary mirrors glazed in a different fashion. With a first-surface mirror, any object you put up against it will touch its reflection because the reflective part of mirror is laid in right at the surface. With a second-surface mirror, a gap between the object and its reflection will be visible because a layer of clear glass has been incorporated over the reflective part of the mirror to better protect it. First-surface looking glasses are quite expensive and are generally used only for specialized applications such as fine optical instruments or lasers, in which a protective layer of glass would interfere with the path of light or diminish precision. As such, you're unlikely to ever encounter one being used as an ordinary mirror in a home or a dressing room; for those applications much cheaper second-surface mirrors are nearly always used.

Therefore, if you discover what appears to be a first-surface mirror (i.e., an object you place up against it touches its reflection) in a dressing room, the chances are good it's a transparent mirror. However, the fingernail test isn't necessarily a very good one, as judging whether an object placed up against such a mirror is touching its reflection can be affected by factors such as the size of the mirror, the angle of the mirror, the amount of lighting present, and the type of object used to conduct the test, and an unpracticed observer might easily mistake an ordinary mirror for a transparent one this way. (Ascertaining "the nature of the suspect surface by hurling an object at it" could also be quite embarrassing and costly should it prove to be an ordinary mirror.) There are better tests based on some of the more obvious physical features of transparent mirrors.

What we call transparent mirrors are laminated coated glass products which have been treated with Mirropane on the first surface of the glass. They're also known as "observation mirrors" and are commonly used in settings (such as police stations, schools, and businesses) where there is a need to conduct unobtrusive monitoring for safety and security purposes. (Think of the interrogation room as shown in the police station of the television drama Law & Order: suspects inside the room see a panel which looks like a mirror, but from the hallway outside the panel functions as a window through which detectives can monitor the proceedings unobserved.)

Transparent mirrors are most obviously distinguishable from ordinary mirrors in that they're not hung on walls as ordinary mirrors are, but they're set into walls (or doors) as windows are. In other words, if there's a wall behind a mirror, the mirror is almost certainly an ordinary one; a transparent mirror would be part of the wall itself. Also, the lighting in front of a transparent mirror must be much brighter than the lighting on the other side (where the hidden observers are) for it to work effectively, and some light leaks through from the brighter side to the dimmer side.

According to the folks in Mirropane's technical support group, you can use these factors to your advantage by pressing your eyes up against the mirror and cupping your hands around them (to block out the light from the room you're in): if you're truly dealing with a transparent mirror, you should be able to see at least a little something of the open area behind it. Also, rapping on the mirror should provide an aural clue: ordinary mirrors have backings and are usually placed against walls, so rapping on them will generally produce dull thuds; transparent mirrors are set into walls with open areas behind them, so rapping on them should produce much more open, hollow sounds. These methods of detection are more reliable than the fingernail test and should be preferred to taking a chance on getting arrested for property damage after tossing a chair through a perfectly normal mirror misjudged via less accurate means.