According to the online rumor, Disney World changed its mind about the retheme of the Splash Mountain ride to "The Princess and the Frog." 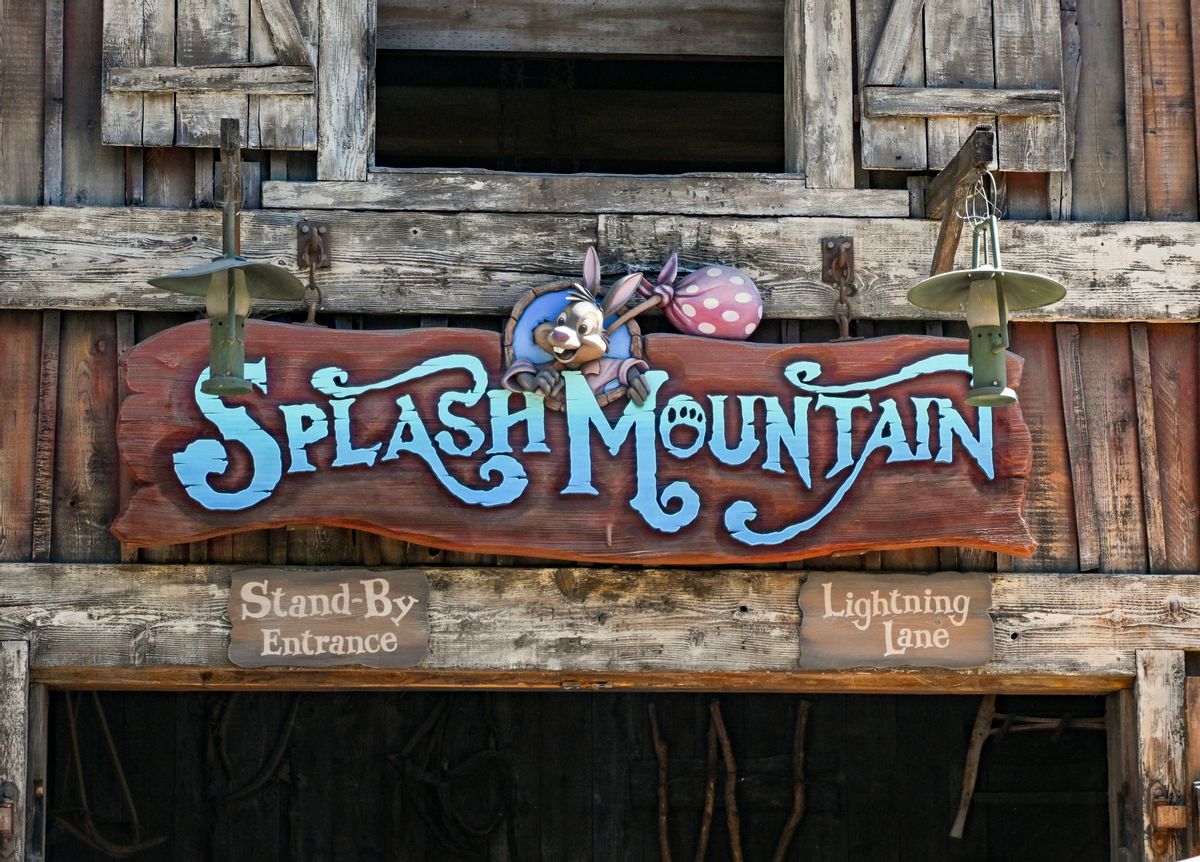 Claim:
Disney canceled the retheme of the Splash Mountain ride to "The Princess and the Frog."
Rating:

On Aug. 24, 2022, a rumor began to spread on TikTok that said Walt Disney World Resort canceled its plans to retheme the Splash Mountain ride from 1946's "Song of the South" to 2009's "The Princess and the Frog." Five days later, the video had been viewed nearly 2 million times.

It's true that Disney had announced it would be changing the ride. However, the idea that they had reversed their decision and canceled those plans was nothing more than satire from a Disney blog. (For more details regarding the real Splash Mountain retheme plans, skip to the end of this story.)

The narrator in the satirical video delivered the news like this:

The Splash Mountain retheme has been canceled. Disney has received a ton of backlash since originally announcing the retheme and Splash Mountain continues to be one of the most popular rides in the park. Because of these factors, Disney has decided to keep Splash Mountain as-is and not retheme it to 'The Princess and the Frog.'"

"I’m literally so sad what?!" one commenter posted. "Are you kidding me?" another person remarked. "I was actually excited for 'The Princess' and Tiana one," a third person said. Many of the commenters believed the news to be real, even though the @mousetrapnews bio reads, "Real Disney News That is 100% FAKE. The Moused Trusted Name in Disney News."

More of the Satirical Story

The end of the TikTok video asked viewers to visit The Mouse Trap blog on mousetrapnews.com for more details. Part of the article read as follows:

Disney changed their position and canceled the retheme of Tiana’s Bayou Adventure to keep Splash Mountain as is.

In a statement, Disney said “We thought retheming Splash Mountain would be universally applauded by Disney fans, but we were wrong. We saw how much Disney fans love the current attraction and we have decided to keep it as is.” They added, “We will be looking for future opportunities to give Princess Tiana her own attraction at Disney World.” This is very exciting news for Splash Mountain fans that Disney is not going to ruin their favorite attraction. What is interesting is that Disney neglected to mention anything about Disneyland in this statement. It is possible Tiana’s Bayou Adventure will live on at Disneyland just not Disney World. On its About page, The Mouse Trap blog calls itself "the world's best satire site":

The Mouse Trap is the world’s best satire site. We write fake stories about Disney Parks stuff. From Disney park announcements to Disney hotel and resort news to made up Disney partnerships, you can be assured that anything you read here is not true, real, or accurate, but it is fun. So technically our slogan The Moused Trusted Name in Disney News isn’t true, but we thought it was creative and funny, so we are running with it.

According to The Associated Press, in June 2020, Disney announced plans to change the theme of the Splash Mountain ride "amid calls" from those who believed it to evoke feelings of racism:

Amid calls to change the Splash Mountain theme park ride over its ties to “Song of the South,” the 1946 movie many view as racist, Disney officials said Thursday it was recasting the ride based on “The Princess and the Frog,” a 2009 Disney film with an African American female lead.

Changes to the ride will be made both at Disneyland in California and the Magic Kingdom at Walt Disney World in Florida, the company said in a post.

The plans to change the ride were announced just weeks following the May 2020 killing of George Floyd. Floyd, a Black man, was recorded on video as he was murdered by police officers in Minneapolis, prompting "worldwide protests, violence, and a furious reexamination of racism and policing in the U.S."

To sum up this story, no, Disney World wasn’t planning on canceling their retheme plans for Splash Mountain. This was nothing more than satire published on a Disney blog.

For further reading, we previously reported on other satire from The Mouse Trap blog that said Disney would be lowering the drinking age to 18 and demolishing Cinderella Castle.