Spirit is sometimes the butt of jokes, in part due to its low-cost fares. 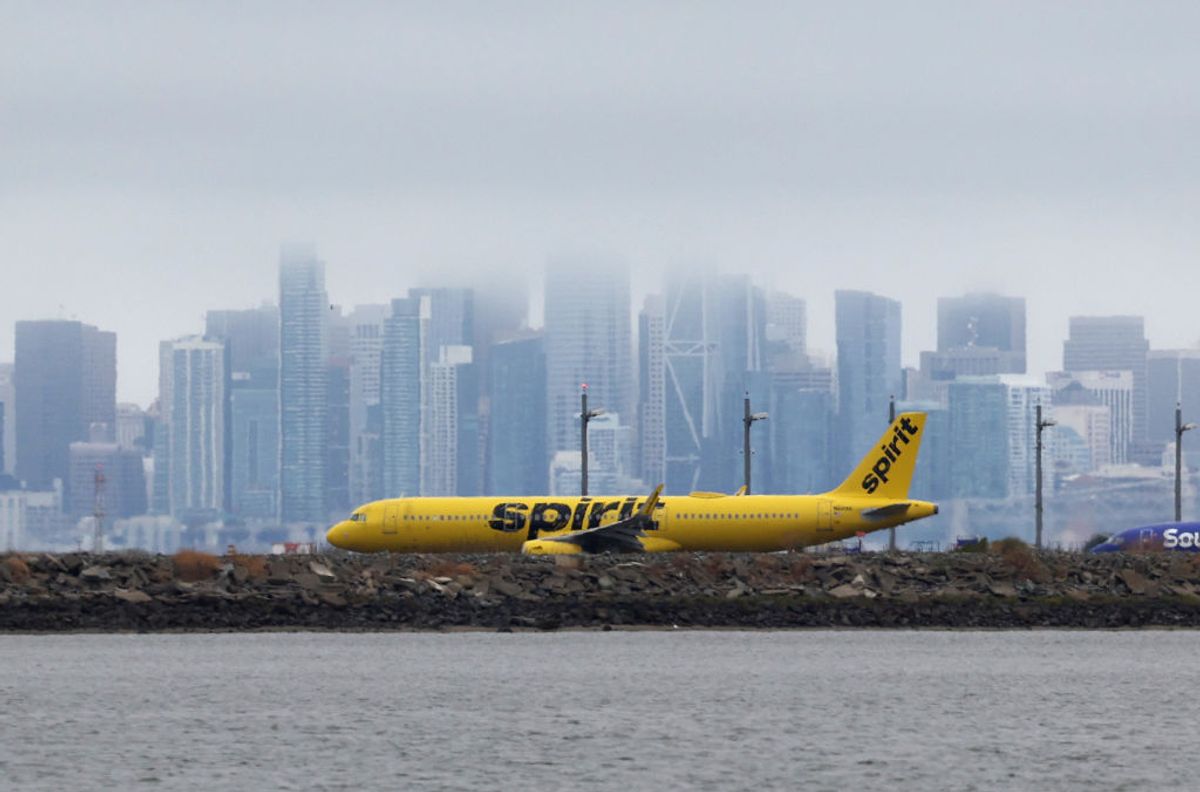 Claim:
A Spirit Airlines flight took off despite air traffic control ordering it to stay grounded due to an oncoming tornado.
Rating:

Fair or not, the budget airline Spirit is occasionally the butt of jokes. But in late December 2022 and early January 2023, yet another iteration of a Spirit Airlines joke led some to believe the claim was real. Users were sharing a video of a Spirit jetliner taking off with dubbed-over audio of the pilots flouting orders from the control tower to stay on the ground due to an oncoming tornado:

"Awww come on, we're already on the runway," the pilot responds.

ATC exclaims,"you can't do that, I ordered a ground stop!"

"Yeah, but not an air stop," the pilot shoots back as the plane becomes airborne.

The alleged air traffic controller then states, "Remind me to never fly Spirit again," at the end of the video.

We reached out to Spirit, asking if this incident was real, but didn't get a response in time for publication. A spokesperson for the Federal Aviation Administration (FAA) confirmed in an email to Snopes that the video is fake.

Even without confirmation from the FAA, the video had a number of attributes pointing to the conclusion that it's not a real depiction of events.

It doesn't contain specifics in the way of where or when this alleged incident took place. But if a Spirit Airlines aircraft, or any airline, disobeyed orders from air traffic controllers to stay on the ground because of a coming tornado, this incident would undoubtedly result in a number of disciplinary actions and news reports. Tellingly, however, no legitimate news outlets have posted stories about a Spirit jetliner taking off despite orders to stay grounded in the face of a looming tornado.

Another tell is that Spirit flights that are numbered 861 travel from Bucaramanga, Colombia, to Fort Lauderdale, Florida, not Las Vegas.

Videos that poke fun at the quality of Spirit's operations are a fixture online, and the video in question appears to be just one in a series of such videos. In another gag video, a fake member of the Spirit flight crew tells passengers no pilot was available for the flight so the crew was accepting volunteers, particularly those who are good at video games.

This story has been updated with confirmation from the FAA that the video is fake.