A supposed "clarification" by Sean Spicer regarding his remarks about Hitler and chemical weapons was posted on a hoax Facebook page. 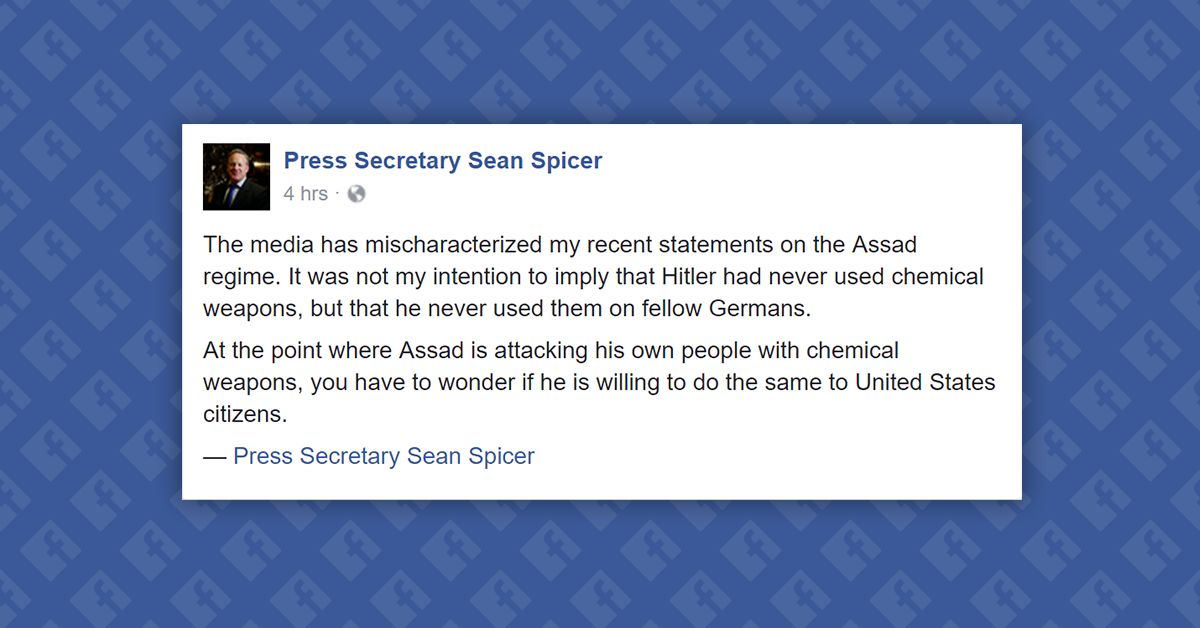 After an embarrassing faux pas during an 11 April 2017 press conference in which White House Press Secretary Sean Spicer attempted to to express the enormity of Syrian President Assad's alleged use of sarin gas by saying "even Hitler didn't sink to using chemical weapons" and "was not using the gas on his own people in the same way that Assad is doing," a Facebook post surfaced in which Spicer appeared to dig himself in even deeper by trying, and failing, to clarify:

The media has mischaracterized my recent statements on the Assad regime. It was not my intention to imply that Hitler had never used chemical weapons, but that he never used them on fellow Germans.

At the point where Assad is attacking his own people with chemical weapons, you have to wonder if he is willing to do the same to United States citizens.

As critics pointed out on social media, this seemed to put Spicer once again in the position of implying that German Jews weren't real Germans:

In reality, however, the Facebook page on which the post appeared, "Press Secretary Sean Spicer" (since deleted by Facebook), belonged to a fake account. Neither that post nor any previous posts on the page (most of which consisted of links to articles on a fake news web site called "Brietbart Insider" — note the misspelling) were actually posted by the White House Press Secretary.