A quote supposedly from White House Press Secretary Sean Spicer about the start of World War III originated with a hoax news article. 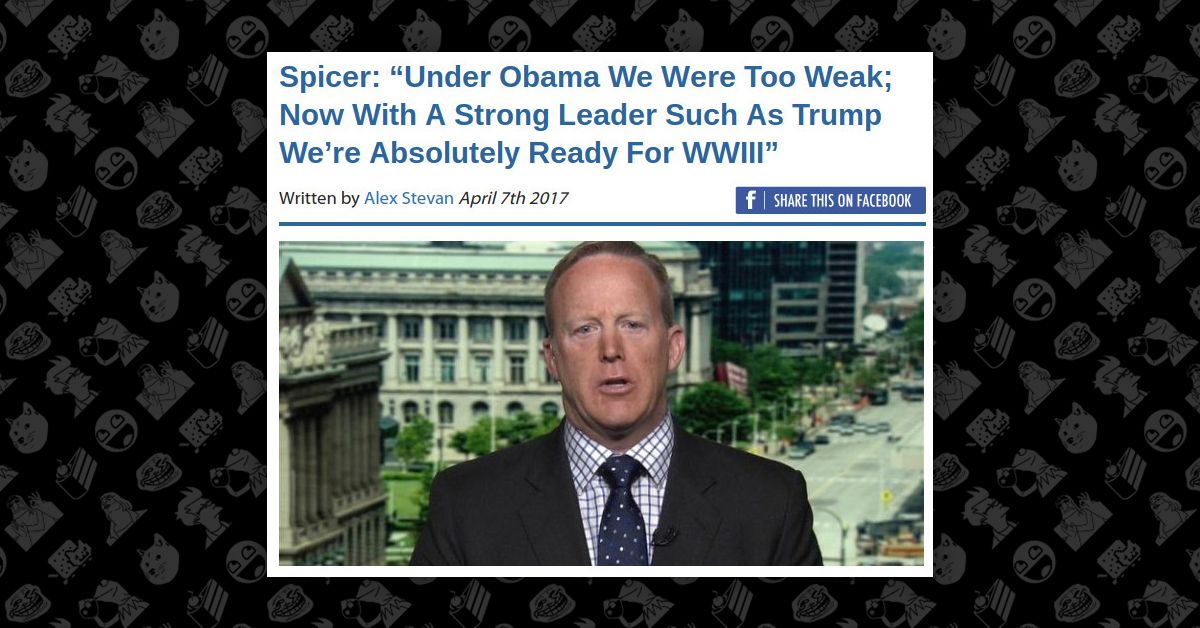 On 7 April 2017, an article appearing to report that White House Press Secretary Sean Spicer said that he wasn't worried about starting World War III, since the United States had a strong and confident leader in President Donald Trump, was published by at least two web sites in the Newslo network, Politicass and Politicops: This is not a genuine quote from Sean Spicer. Newslo is a "hybrid" web site that publishes a mixture of factual and fictional information:

The web site features a "Show Facts/Hide Facts" button on its hybrid articles that allows readers to identify which part of the article is real and which part is fake. In this case, the article starts with a genuine quote from Spicer, but quickly devolves into misinformation.

Here's a look at how the article appears with the "Show Facts" button pressed (left) compared to the "Hide Facts" button (right): Newslo's model is a repeat offender. Previous stories published by its sites include claims that Pat Robertson told husbands to boycott sex if their wives planned to vote for Hillary Clinton, that Ted Nugent referred to Colin Kaepernick as a "chimp", and that Mike Pence called for a ban on condoms because they lead to abortions.