While both events are historic, they did not occur, nor are they celebrated, on the same day. 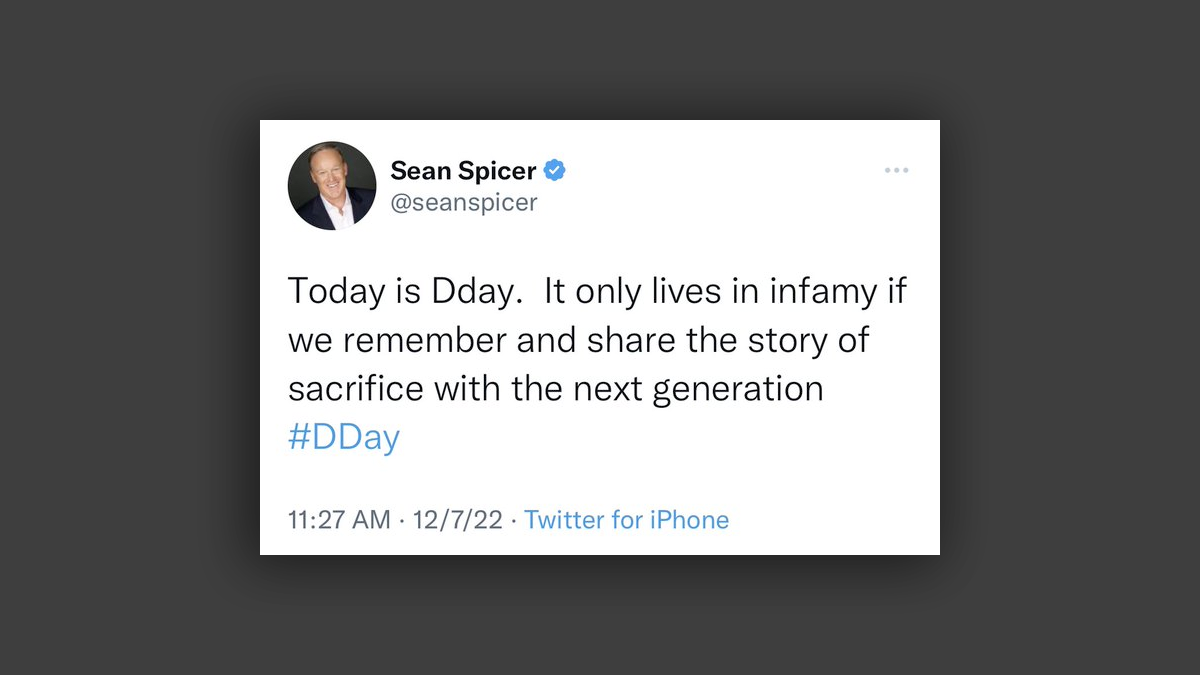 On the morning of Dec. 7, 2022, former White House Press Secretary Sean Spicer tweeted "Today is Dday. It only lives in infamy if we remember and share the story of sacrifice with the next generation." 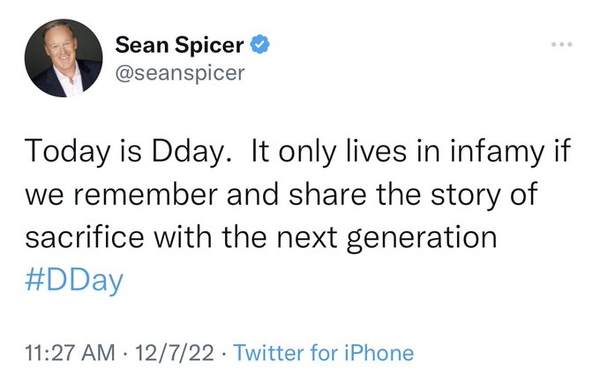 Right off the bat, the tweet runs into shaky ground: For starters, Dec. 7 is not D-Day. Further, The historical allusion "lives in infamy" is misplaced when attributed to D-Day.

Dec. 7 is Pearl Harbor Day, which commemorates the Japanese attack on the U.S. Naval Base at Pearl Harbor in 1941. In describing that attack, U.S. President Franklin D. Roosevelt famously referred to Dec. 7 as "a date which will live in infamy in the United States of America." D-Day, the Allied invasion of Western Europe, occurred on June 6, 1944.

For that reason, the claim is True.