Did the Word ‘Spaz’ Originate from an Insult to People with Spastic Diplegia?

Ableist language is pretty common in daily use. 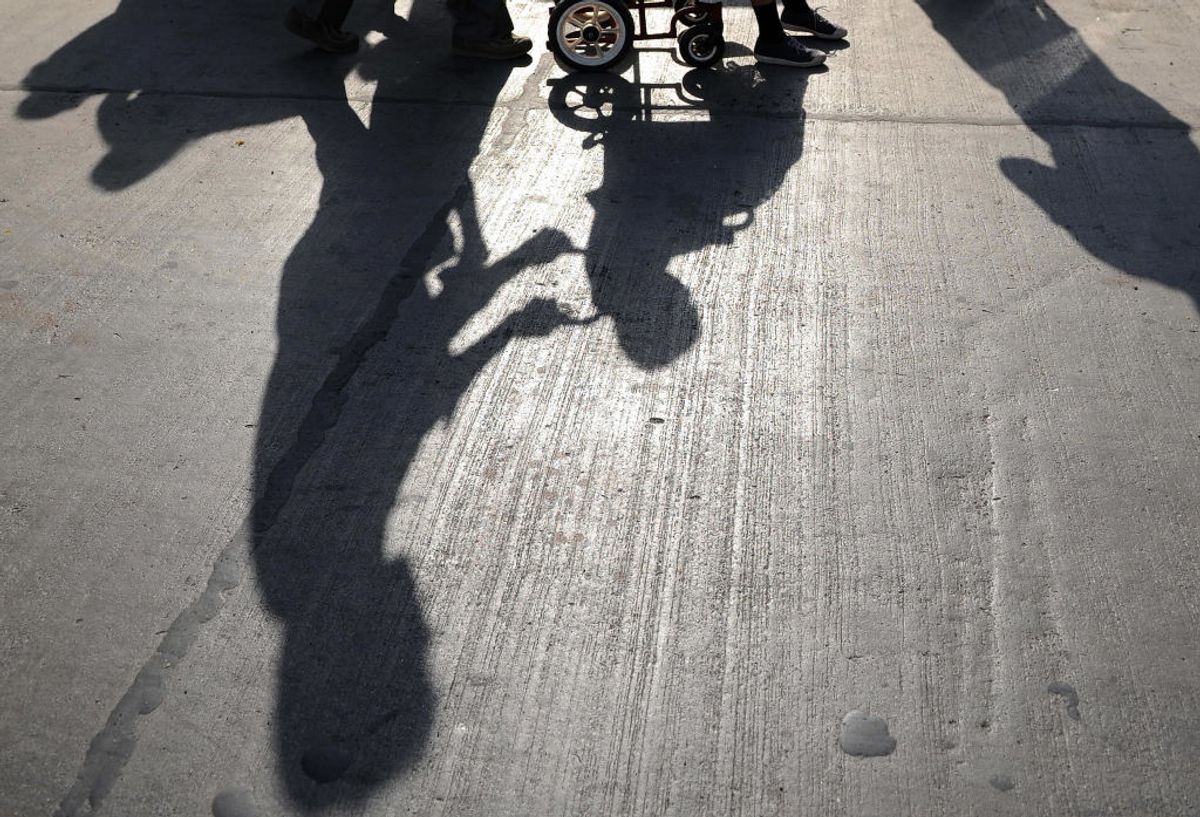 Claim:
The word “spaz” originates from “spastic diplegia,” a form of cerebral palsy that results in muscle stiffness mainly in the legs.
Rating:

While the term has been used as an ableist slur in numerous situations, and is considered derogatory in the United Kingdom among other places, it does not have the same connotations in African American Vernacular English (AAVE). The origins of the term, however, are undisputed.

In the summer of 2022, controversy ensued over the lyrics of popular songs by Beyonce and Lizzo, both of which used a term that is considered ableist. In Beyonce's song "Heated," the singer used the words "spaz" and "spazzin" as a callback to freestyle ballroom events. Lizzo used the term in her song "Grrrls." Both singers appeared to use it to describe being out of control, language that disability advocates criticized. The singers reacted swiftly, removing the lyrics after the outcry.

According to Merriam-Webster, the term "spaz" is slang for "one who is inept," and it comes from a shortening of the word "spastic." The Cambridge Dictionary describes it as "an extremely offensive word for a person who has cerebral palsy [...] a condition of the body that makes it difficult to control the muscles."

According to the Online Etymology Dictionary, the word originated from the Latin spasticus and from the Greek spastikos, which mean "afflicted with spasms," and was used to describe "a person affected with spastic paralysis" around 1896 and "used insultingly by 1960s."

"Spastic" is also considered an offensive term in the U.K., according to the Oxford Learner's Dictionary, which describes it as "a word for a person who is affected by cerebral palsy that is now considered offensive," and as "an offensive word used by children to mean 'a stupid person'." According to Fowler's Dictionary of Modern English Usage, as cited in Oxford Reference, the term was "used since the 18th century to describe medical conditions characterized by spasmodic movements of the limbs." The explanation describes how the term evolved over time:

[...] ignorantly and offensively used by some people in the 1970s and 1980s as a term of abuse directed at anyone judged to be uncoordinated or incompetent. Also as noun. The abusive use has compromised the normal use of the word to an extent that makes it considered too offensive now. Phrases such as 'having cerebral palsy' for the adjective and 'person with cerebral palsy' for the noun are now standard [...]

"Spastic" has historically been used to describe people with spastic paralysis or cerebral palsy. According to the Centers for Disease Control and Prevention (CDC), spastic diplegia is a form of cerebral palsy where "muscle stiffness is mainly in the legs, with the arms less affected or not affected at all. People with spastic diplegia might have difficulty walking because tight hip and leg muscles cause their legs to pull together, turn inward, and cross at the knees (also known as scissoring)."

There are other more severe forms of spastic cerebral palsy as well, including spastic quadriplegia/quadriparesis, which affects all four limbs, the trunk, and face. People with this condition "usually cannot walk and often have other developmental disabilities such as intellectual disability; seizures; or problems with vision, hearing, or speech," according to the CDC.

This is not the first controversy regarding the term, which highlights how the phrase is considered differently by different communities. Back in 2006, golfer Tiger Woods caused ripples across the pond for using the term, resulting in critical headlines in the United Kingdom, where the word is more widely considered to be a derogatory slur.

After the Lizzo and Beyonce controversy, Clementine Williams, a Black and disabled writer pointed out that the term means something different in African American Vernacular English (AAVE), and its usage is more than just a slur:

Disabled advocates, mainly from the UK, expressed anger with Lizzo after using the word spaz in her lyrics, because it is known as a derogatory term against individuals with cerebral palsy. Spaz, short for "spastic," references the inability for a disabled person to control their movements. As an African American, the information felt brand new. Personally, I had grown familiar with Black artists using the terminology in music, especially during the '90s era of hip-hop. Spaz was not used to make fun of the disabled community, but as a descriptor for "going wild," usually for when one is partying and losing themselves to the atmosphere. I also have heard "spaz" in the context of someone on the brink of irritation or annoyance. I saw "spaz" as what it had always been to me — African American Vernacular English (AAVE).

Now, I am not using the history of spaz in AAVE to dismiss the harm that the slur has caused to the disabled community. As a Black disabled person, I wish to open dialogue concerning the policing of AAVE alongside the erasure of Black disabled voices in this discussion. The majority of public call-outs were tweeted by white disability advocates in the UK.

Black disabled people have expressed feeling overlooked in the entire debate. One such activist, Vilissa Thompson, told NPR that she wished more Black disabled voices were amplified in the discussion, as they understood the nuances in the way the word was used by people and the way others are reclaiming the term.

Thompson also discussed how language has evolved: "The onus is on us to not just unlearn but also update and improve the way that we communicate with each other, so that our words are intentionally used, so that they don't cause unintentional harm."

Regardless of its varying usage today, the term is undeniably rooted in a serious medical condition.