Is This the Space Shuttle Leaving Earth's Atmosphere?

A photograph of the Space Shuttle Endeavour blasting off from Earth is real, but it has been subjected to photographic effects. 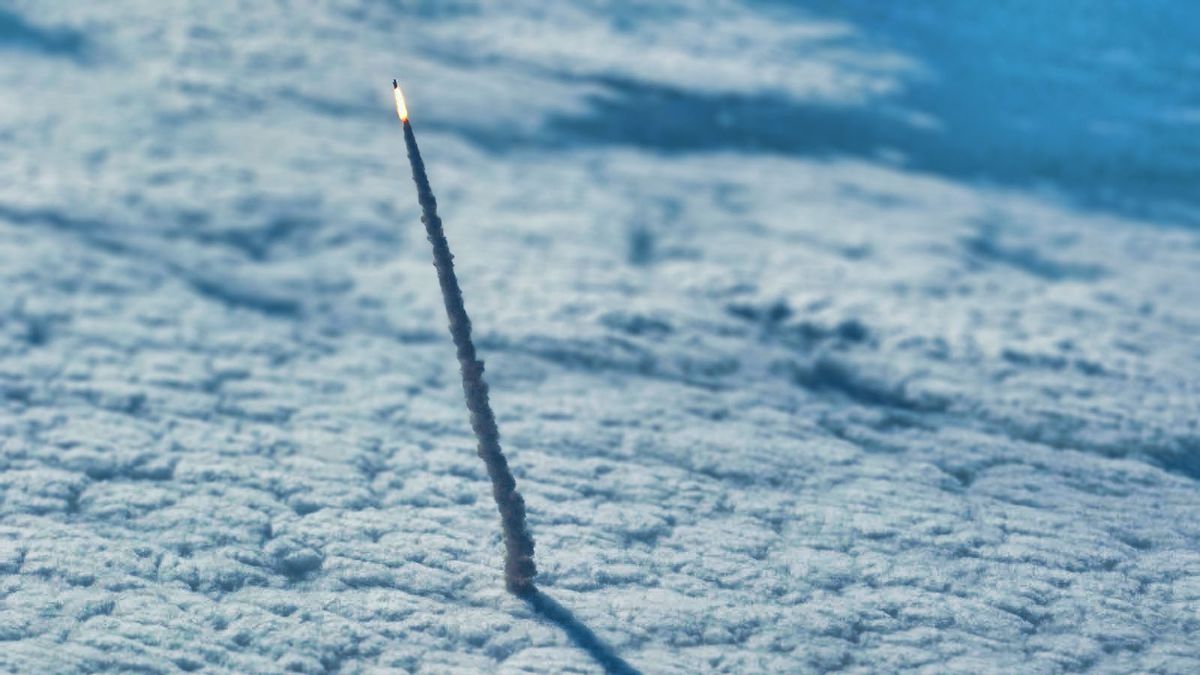 A photograph shows the Space Shuttle ascending above the clouds.

The picture was not taken from the International Space Station, and it has been modified with photographic effects.

A photograph purportedly showing a Space Shuttle flying above the clouds, displaying an extended smoke plume as it rises from the Earth, is frequently shared online with the claim that the image was taken from the International Space Station (ISS):

Someone posted this picture, claiming "this is a picture of the space shuttle leaving earth taken from the International space station ... perspective." While this picture does depict a real event, the image was not taken by a camera on the ISS and has been modified with photographic effects.

The image is based on a picture taken by NASA during the launch of the Space Shuttle Endeavour on 16 May 2011 and shows the shuttle emerging from below the clouds. However, the picture captured the shuttle while it was well short of achieving orbit and below the altitude of the International Space Station. According to NASA, the original image was taken by a shuttle training aircraft and could have been snapped by any airplane that happened to be in the right place at the right time: What's that rising from the clouds? The space shuttle. If you looked out the window of an airplane at just the right place and time you could have seen something very unusual — the space shuttle Endeavour launching to orbit. Images of the rising shuttle and its plume became widely circulated over the web shortly after Endeavour's final launch. The above image was taken from a shuttle training aircraft and is not copyrighted. Taken well above the clouds, the image can be matched with similar images of the same shuttle plume taken below the clouds. Hot glowing gasses expelled by the engines are visible near the rising shuttle, as well as a long smoke plume. A shadow of the plume appears on the cloud deck, indicating the direction of the Sun.

NASA's image has also been manipulated to give it a "tilt-shift," or miniaturizing, effect. A comparison of the two images shows that NASA's original photograph was not blurred at the top and bottom:

According to NASA, the ISS circles the globe at an altitude of approximately 220 miles (about 350 kilometers), while the shuttle training aircraft which took this photograph was most likely traveling below 35,000 feet.