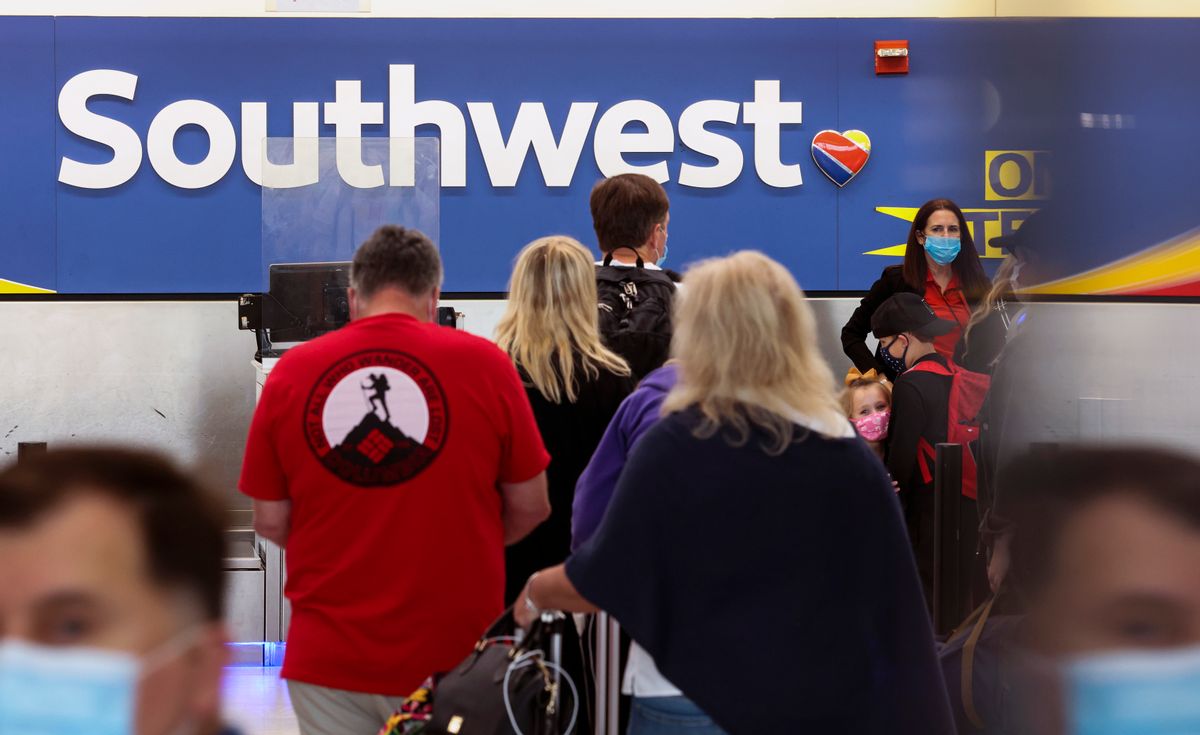 This was not a legitimate message from the company. The link included with the email was dangerous and should never be clicked.

The email address in the message showed, "support@1785962.qaiecg5.com via nam10-bn7-obe.outbound.protection.outlook.com." This was not an official Southwest Airlines email address. Further, the message used the word "an" instead of "a" before the word "Southwest," and also mistakenly used the singular word "Airline" instead of "Airlines." All of these were red flags that this fake Southwest Airlines email was a scam, as it would be out of character for a large company to make so many grammatical mistakes.

The link in this message was part of a phishing scam.

We plugged the link into the malicious URL scanner on ipqualityscore.com. The scan said that the link was "not safe," contained "suspicious activity," hosted malware, and was a 97 out of 100 on the risk scale, which indicated that it was "very risky." The scan also confirmed it was a phishing link.

We strongly advise against clicking any links or calling phone numbers that are mentioned in these kinds of phishing emails. If readers are suspicious that an email or text message is part of a phishing scam, simply close out of the message and contact the company that was referenced by reaching out through an official phone number, email address, live chat, or support website.

If you need to contact a company to ask about a potential phishing scam, ensure that you're on the official website for the company by checking your web browser's address bar, which is located at the top of your screen. Scammers sometimes attempt to spoof company websites. For example, instead of southwest.com, which is the official website for Southwest Airlines, scammers might pretend to be the company's support team by registering a fake website such as southwest-rewards-support.com, for example. Don't trust it.

If You Fell Victim to a Scam

If it is believed that scammers accessed sensitive personal and financial data, it's advised to immediately call your bank and credit card companies to alert them to the matter. They should be able to provide advice on next steps to take in order to secure your accounts.