Did Thomas Jefferson Warn About the Dangers of Governmental Interference In Medicine?

The purported quote reads, "If the people let the government decide what foods they eat and what medicines they take, their bodies will soon be in a sorry a state as are the souls of those who live under tyranny." 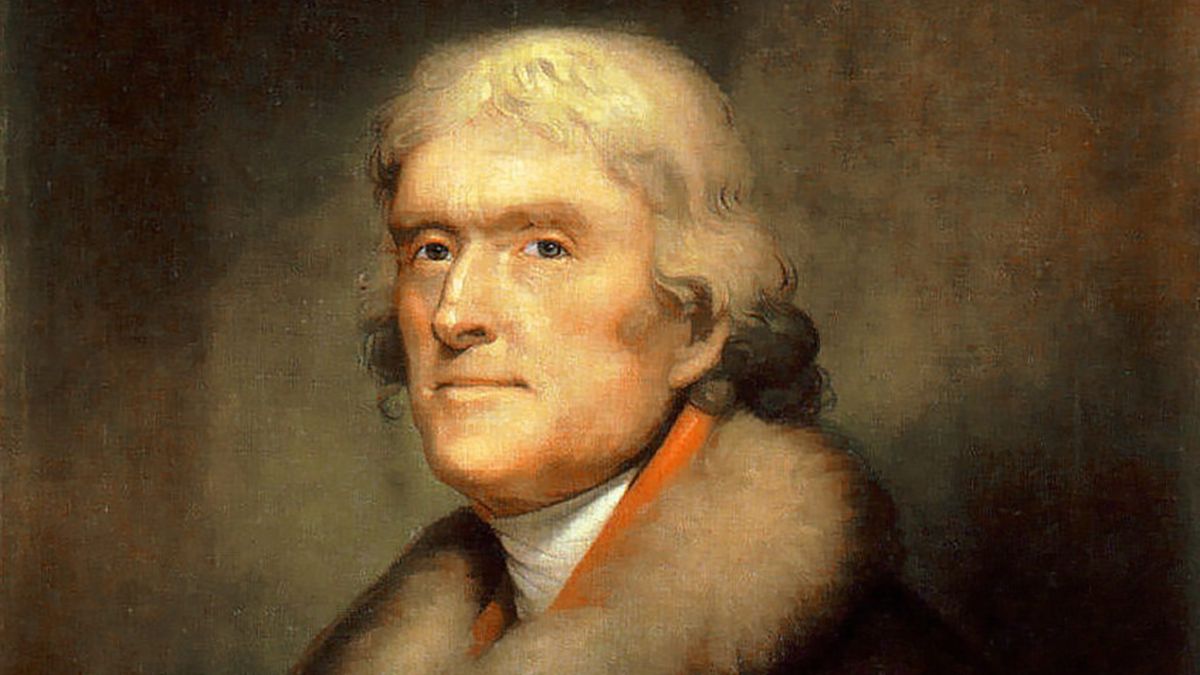 A quote attributed to former U.S. President Thomas Jefferson was circulated in June 2012 in response to then-President Barack Obama's healthcare law. Is this really him and in what context did he say it?

If the people let the government decide what foods they eat and what medicines they take, their bodies will soon be in a sorry a state as are the souls of those who live under tyranny. - Thomas Jefferson

Notes on the State of Virginia was the only full-length book by Thomas Jefferson which was published during his lifetime. Initially finished in 1781 (with additional updates in 1782 and 1783), the book was presented in a format which had Jefferson responding to questions about Virginia which had been posed to him in 1780 by François Barbé-Marbois, the Secretary of the French delegation at Philadelphia. The completed work was first published anonymously in Paris in 1785; the first English edition appeared in London in 1787.

In response to a question about the various religious groups that had made their way into Virginia, Jefferson wrote:

The error seems not sufficiently eradicated, that the operations of the mind, as well as the acts of the body, are subject to the coercion of the laws. But our rulers can have authority over such natural rights only as we have submitted to them. The rights of conscience we never submitted, we could not submit. We are answerable for them to our God. The legitimate powers of government extend to such acts only as are injurious to others. But it does me no injury for my neighbour to say there are twenty gods, or no god. It neither picks my pocket nor breaks my leg. If it be said, his testimony in a court of justice cannot be relied on, reject it then, and be the stigma on him. Constraint may make him worse by making him a hypocrite, but it will never make him a truer man. It may fix him obstinately in his errors, but will not cure them. Reason and free enquiry are the only effectual agents against error. Give a loose to them, they will support the true religion, by bringing every false one to their tribunal, to the test of their investigation. They are the natural enemies of error, and of error only. Had not the Roman government permitted free enquiry, Christianity could never have been introduced. Had not free enquiry been indulged, at the era of the reformation, the corruptions of Christianity could not have been purged away. If it be restrained now, the present corruptions will be protected, and new ones encouraged. Was the government to prescribe to us our medicine and diet, our bodies would be in such keeping as our souls are now. Thus in France the emetic was once forbidden as a medicine, and the potatoe as an article of food.

Since the late 1990s, the sentence highlighted above has been transformed into the statement "If the people let the government decide what foods they eat and what medicines they take, their bodies will soon be in a sorry a state as are the souls of those who live under tyranny" and proffered as a Founding Father's sagacious warning across the centuries about the dangers of government-run health care. But that isn't what Jefferson wrote, nor is it what he meant. Jefferson wasn't cautioning against the government's meddling with private medical practice and likening it to tyranny; he was suggesting that legislating morality was as futile as legislating what a person might swallow. His larger point was that we are the keepers of our own souls (in the sense of being free to practice whichever religion we choose), and the that state has no more right to govern our souls than it has to govern our bodies (by, for example, choosing our medicines and diets for us).