The logic presented on a junk news website leaves much to be desired. 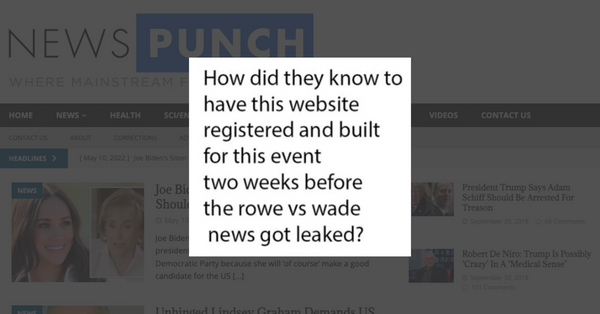 Claim:
In May 2022, George Soros' son, Alexander, was the person "behind" the leaked SCOTUS draft opinion poised to overturn Roe v. Wade.
Rating:

On May 2, 2022, Politico published a leaked draft of a U.S. Supreme Court decision in the Mississippi case of Dobbs v. Jackson Women's Health Organization. The document, confirmed by the Supreme Court as authentic, would in its current form overturn the 1973 Supreme Court finding in Roe v. Wade that access to abortion is a constitutionally protected right. Since then, wild speculation has surrounded the question of who leaked the draft.

The junk news website News Punch, a prolific source of disinformation, added its two cents on May 8 in a story titled, "Soros behind Roe v. Wade SCOTUS Leak – Media Blackout." Invoking the Soros family is a common antisemitic trope often pushed by the far-right that plays into baseless conspiratorial claims about Jewish elites wielding enormous but covert power.

The allegation presented by News Punch is that Alexander Soros (son of billionaire philanthropist George Soros) was behind the leak because he "registered a pro-abortion protest website two weeks before the Roe v. Wade SCOTUS leak." The protest in question is the "Jewish Rally For Abortion Rights," which is hosted by the National Council of Jewish Women. The only connection to Alexander Soros is that one the the rally's 40 co-sponsors is Bend the Arc: Jewish Action. Soros serves as a board member for Bend the Arc.

The central assertion that the planners of this rally must have known about the SCOTUS leak beforehand because they registered this event before that story came out is non-sensical. The threat to abortion rights has been apparent to both anti-abortion and abortion-rights activists ever since the Supreme Court agreed to argue the Dobbs case in May 2021. In fact, the date of the Jewish Rally for Abortion Rights — May 17, 2022 — is one year to the day after the high court announced its intention to take up the Hobbs case. One does not need to be part of a nefarious conspiracy to understand how one-year anniversaries work.

The bottom line is that News Punch falsely implies that a group which Alexander Soros serves as a board member 1) is the principal entity behind a rally and therefore in charge of its internet promotion, and 2) that this rally was organized as a response to the Politico leak as opposed to the anniversary of the day the court took up the Hobbs case. Because these crucial assertions have no support, we rate the claim "False."

UPDATE MAY 10, 2022: Clarified that Bend The Arc: Jewish Action, not the political action committee, is a co-sponsor of this rally. Also clarified Alexander Soros' role within Bend The Arc. Added context about Soros conspiracies and antisemitism.