Did Sophia Loren Say 'Everything You See I Owe to Spaghetti'? 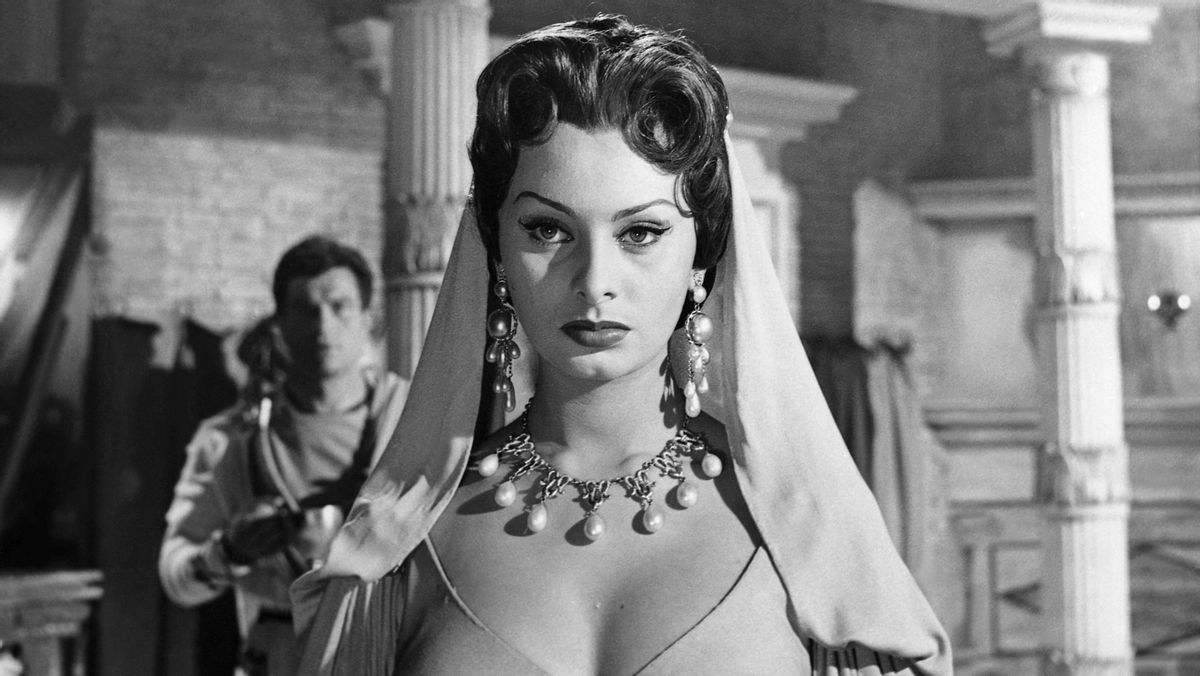 Claim:
Sophia Loren once said, "Everything you see I owe to spaghetti."
Rating:

The quote was attributed to Sophia Loren in an interview with LIFE magazine published on Aug. 11, 1961. However, in a New York Times interview dated Feb. 15, 2015, she dismissed it as "not true" and "completely made up."

The great Italian film actress Sophia Loren, now 88, whose name, during her heyday, rarely appeared in headlines without the descriptor "sex symbol," allegedly once said, "Everything you see I owe to spaghetti." The quote frequently makes the rounds on social media: 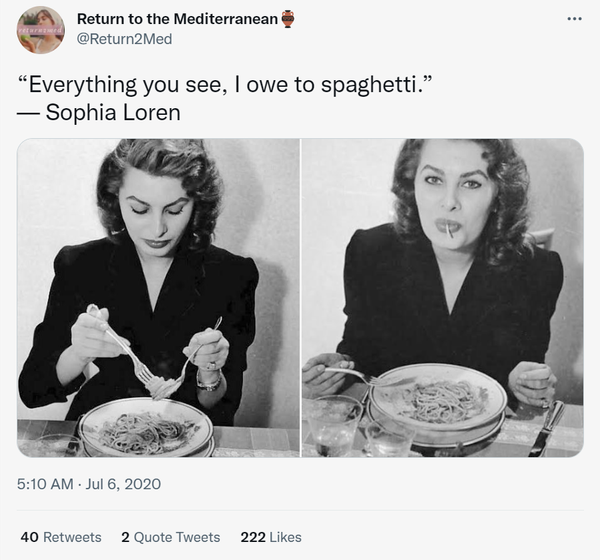 It's unclear whether she actually said this or not. The quote appeared many times in magazines and newspapers in the early 1960s — for example, in a syndicated Family Weekly feature by Peer J. Oppenheimer dated Nov. 10, 1963:

While Sophia readily admits she is a bit overweight, it doesn't worry her. Another well-endowed Italian actress once remarked that Sophia had a neck like a giraffe. When told about it, Sophia smiled, "I like animals, don't you?"

Another time, when cautioned about her love for spaghetti (which she likes to wash down with red wine), Sophia came back with, "Don't you know that everything you see I owe to spaghetti?"

In some instances, stories like the one above attributed the quote to a LIFE magazine interview. This helped us find its original source, the Aug. 11, 1961, issue of LIFE, in which Dora Jane Hamblin reported that:

She eats everything in sight, washed down with red wine, and when teased about her appetite narrows her eyes in her best temptress look, swivels her shoulders provocatively and says in a Mae West voice, "Everything you see, I owe to spaghetti."

However, as etymologist Barry Popik blogged in 2017, Loren denied this 55 years later in a Feb. 15, 2015, interview with The New York Times, in which she was asked point blank if she said it:

Did you actually say the quote frequently attributed to you, "Everything you see I owe to spaghetti"?

Non è vero! It's not true! It's such a silly thing. I owe it to spaghetti, no, no. Completely made up.

So, did Loren really say this or not? Sadly, LIFE reporter Dora Jane Hamblin died in 1993, so we may never know the true answer to that question.