Is the Song 'Over the Rainbow' About the Holocaust?

According to rumor, the "Wizard of Oz" classic was written about the pogroms in Europe before and during World War II. 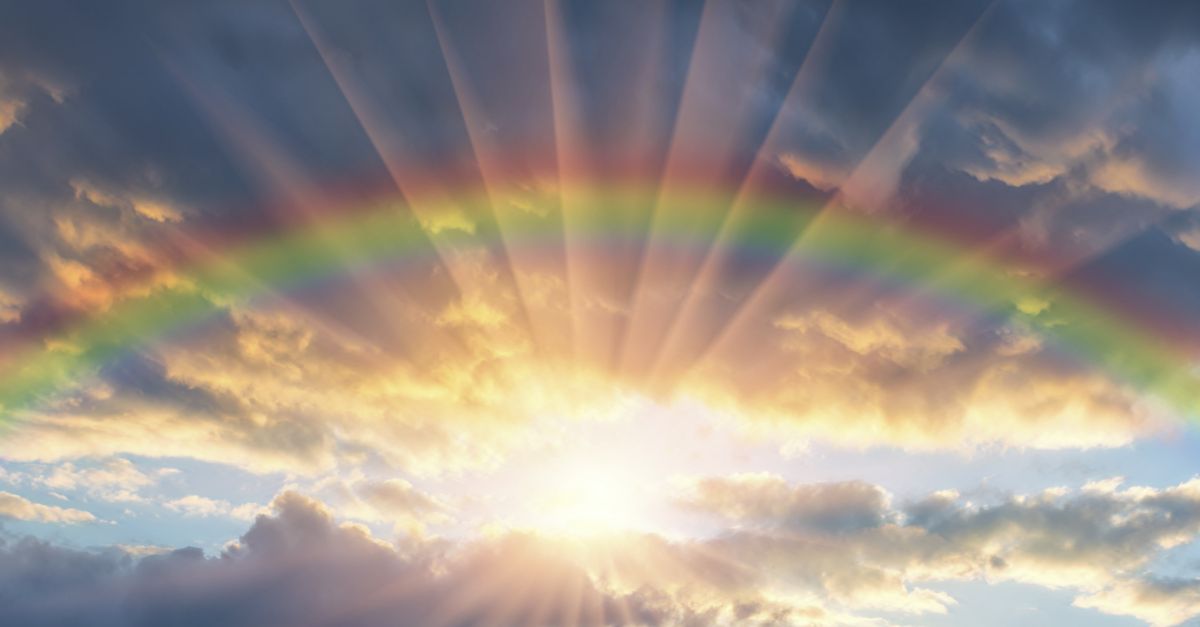 Claim:
The song "Over the Rainbow" was written about the Jewish experience during the Holocaust.
Rating:

Which single movie has had the greatest influence, in both artistic and economic terms, on the film industry? Anyone born in the last half century or so might venture that the ongoing massive appeal of the Star Wars universe means that film should claim the crown. Many cinema buffs would argue that elements of Orson Welles' Citizen Kane can be found in virtually every film that followed it. Fans of Casablanca would likely point out that it is probably the most-referenced movie of all time. Yet the winner of that honor, according to a 2018 study, is the beloved 1939 MGM musical The Wizard of Oz.

One of the most iconic moments in that most iconic of films was Judy Garland's rendition of the song "Over the Rainbow," a ballad that resonated with Depression-era audiences for its expression of Dorothy Gale's yearning wish to be somewhere better, somewhere other than the current bleak landscape. And ironically, that magic moment almost didn't make it into the final version of the movie:

["Over the Rainbow"] was almost cut from the film during the process of test screenings and final editing in the summer of 1939. According to one report, studio head Louis B. Mayer thought the song was too sad. In another account, half a dozen MGM executives were in favor of cutting the song, questioning why Judy Garland was singing in a farmyard. Eddie Mannix, manager of the MGM studio, claimed that the song slowed the pace of the movie. Producer Mervyn LeRoy and assistant producer Arthur Freed argued passionately for the song’s inclusion; Mervyn reportedly threatened to quit the film if the song was cut. Their protests were effective, and Mayer decreed that the song remain in the film.

Originally popularized by Judy Garland's rendition in the film, the standard received new attention when it was covered in 1993 by Hawaiian artist Israel Kamakawiwoʻole (as "Somewhere Over the Rainbow"). By 2014, "Over the Rainbow," penned in 1938 by Yip Harburg, had become became attached to a new legend: that its lyrics were about the Jewish experience during the pattern of suppression, oppression, and violence that comprised the Holocaust:

@CandaceMHill I've been watching it already.The music part is fabulous about Somewhere Over the Rainbow is about the holocaust.

In some versions of the rumor, a Holocaust survivor wrote the words during the events of World War II -- even though The Wizard of Oz debuted before the start of the war, and Harburg was not a Holocaust survivor. (He spent the 1940s writing music in Hollywood.)

@jillaustein The writer of Over The Rainbow is a Holocaust Survivor. The imagery in OtR is his dreams while he was suffering through WWII.

In December 2014, Rabbi Bernhard Rosenberg published an editorial about the song "from a Jewish perspective" which began by establishing some context for his subsequent musings:

The 2014 Oscars celebrated the 75th anniversary of the release of "The Wizard of Oz" by having Pink sing "Somewhere Over the Rainbow" to a backdrop of highlights from the film. What few people realized while listening to that incredible performer singing that unforgettable song is that the music is deeply embedded in the Jewish experience.

Portions of Rosenberg's column were pasted into e-mail forwards claiming that the song was about the Holocaust, but his actual published words contradicted that claim (albeit subtly):

But perhaps the most poignant song to emerge out of the mass exodus from Europe was "Somewhere Over the Rainbow". The lyrics were written by Yip Harburg, the youngest of four children born to Russian-Jewish immigrants ... The song's music was written by Harold Arlen, also a cantor's son. His real name was Hyman Arluck, and his parents were from Lithuania.

Together, Hochberg and Arluck wrote "Somewhere Over the Rainbow," which was voted the 20th century's No. 1 song by the Recording Industry Association of America and the National Endowment for the Arts.

In writing it, the two men reached deep into their immigrant Jewish consciousness — framed by the pogroms of the past and the Holocaust about to happen — and wrote an unforgettable melody set to near prophetic words. Read the lyrics in their Jewish context and suddenly the words are no longer about wizards and Oz, Jewish survival ... The Jews of Europe could not fly. They could not escape beyond the rainbow. Harburg was almost prescient when he talked about wanting to fly like a bluebird away from the "chimney tops." In the post-Auschwitz era, chimney tops have taken on a whole different meaning than the one they had at the beginning of 1939 because the Nazis had not yet created the crematoriums and gas chambers that they used during the Holocaust.

Rabbi Rosenberg's words indicated that his perspective was one of looking back at the song through the lens of historical events, not that he was suggesting those events inspired the song itself.

In 2004, Democracy Now profiled Yip Harburg and interviewed his son Ernie Harburg. The segment included an archival interview featuring the elder Harburg (who died in 1981) discussing the manner in which "Over the Rainbow" was written for The Wizard of Oz. Although the interview addressed broader political themes in Harburg's body of work, neither the Holocaust nor World War II was cited as inspiration for the song. One passage quoted Yip Harburg on how he worked out the song's lyrics as Harold Arlen wrestled with composing the music for the classic tune:

Now, here’s what happened, and I want you to play this symphonically! OK, I said, “My god, Harold! This is a twelve-year-old girl wanting to be somewhere over the rainbow. It isn’t Nelson Eddy!” And I got frightened, and I said, “I don’t — let’s save it. Let’s save it for something else. But don’t — let’s not have it in.” Well, he felt — he was crestfallen, as he should be. And I said, “Let’s try again.” Well, he tried for another week, tried all kinds of things, but he kept coming back to it, as he should have. And he came back, and I was worried about it, and I called Ira Gershwin over, my friend. Ira said to him, he said, “Can you play it a little more in a pop style?” And I played it, with rhythm.

OK, I said, “Oh, well, that’s great. That’s fine.” I said, “Now we have to get a title for it.” I didn’t know what the title was going to be. And when he had [sings] dee-da-dee-da-da-da-da, [talking] I finally came to the thing, the way our logic lies in it, “I want to be somewhere on the other side of the rainbow.” And I began trying to fit it: “On the other side of the rainbow.” When he had a front phrase like daa-da-da-da-da — now, if you say “eee,” you couldn’t sing “eee-ee.” You had to sing “ooooh.” That’s the only thing that would get a — and I had to get something with “oh” in it, see: “Over the rain” — now, that sings beautifully, see. So the sound forced me into the word “over,” which was much better than “on the other side.”

Although the song "Over the Rainbow" may be have come to be retrospectively viewed as a message of hope and resilience contemporaneous with the Holocaust period, no evidence supports that the song was written with the horrors to come in mind. Neither the outspoken Yip Harburg nor his son Ernie indicated that the song had any connection to the Holocaust, even as they analyzed the political meanings of Yip's works years after they first emerged on screen and stage.