Bill Gates has been busy doing other things than compiling lists of rules for youngsters to observe. 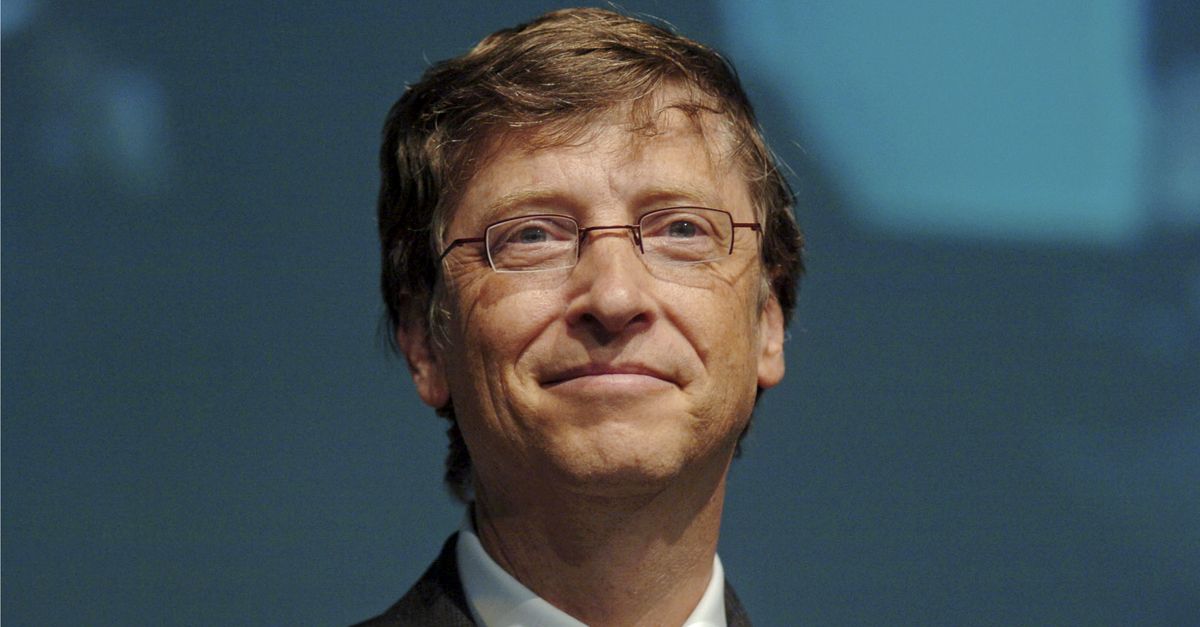 This list of "Rules Kids Won't Learn in School" didn't originate with former Microsoft CEO Bill Gates. (It's often cited on the Internet as having come from his book Business @ The Speed of Thought, but it didn't.) Why it has frequently been attributed to him is a mystery to us, as it doesn't sound at all like something he would write. Possibly it's because the item that typically ends the Internet-circulated version of the list ("Be nice to nerds") struck a chord with someone who views Gates as the ultimate successful nerd of all time.

Rule No. 1:   Life is not fair. Get used to it. The average teen-ager uses the phrase "It's not fair" 8.6 times a day. You got it from your parents, who said it so often you decided they must be the most idealistic generation ever. When they started hearing it from their own kids, they realized Rule No. 1.

Rule No. 2:   The real world won't care as much about your self-esteem as much as your school does. It'll expect you to accomplish something before you feel good about yourself. This may come as a shock. Usually, when inflated self-esteem meets reality, kids complain that it's not fair. (See Rule No. 1)

Rule No. 3:   Sorry, you won't make $40,000 a year right out of high school. And you won't be a vice president or have a car phone either. You may even have to wear a uniform that doesn't have a Gap label.

Rule No. 4:   If you think your teacher is tough, wait 'til you get a boss. He doesn't have tenure, so he tends to be a bit edgier. When you screw up, he's not going to ask you how you feel about it.

Rule No. 5:   Flipping burgers is not beneath your dignity. Your grandparents had a different word for burger flipping. They called it opportunity. They weren't embarrassed making minimum wage either. They would have been embarrassed to sit around talking about Kurt Cobain all weekend.

Rule No. 6:   It's not your parents' fault. If you screw up, you are responsible. This is the flip side of "It's my life," and "You're not the boss of me," and other eloquent proclamations of your generation. When you turn 18, it's on your dime. Don't whine about it, or you'll sound like a baby boomer.

Rule No. 7:   Before you were born your parents weren't as boring as they are now. They got that way paying your bills, cleaning up your room and listening to you tell them how idealistic you are. And by the way, before you save the rain forest from the blood-sucking parasites of your parents' generation, try delousing the closet in your bedroom.

Rule No. 8:   Your school may have done away with winners and losers. Life hasn't. In some schools, they'll give you as many times as you want to get the right answer. Failing grades have been abolished and class valedictorians scrapped, lest anyone's feelings be hurt. Effort is as important as results. This, of course, bears not the slightest resemblance to anything in real life. (See Rule No. 1, Rule No. 2 and Rule No. 4.)

Rule No. 9:   Life is not divided into semesters, and you don't get summers off. Not even Easter break. They expect you to show up every day. For eight hours. And you don't get a new life every 10 weeks. It just goes on and on. While we're at it, very few jobs are interested in fostering your self-expression or helping you find yourself. Fewer still lead to self-realization. (See Rule No. 1 and Rule No. 2.)

Rule No. 10:   Television is not real life. Your life is not a sitcom. Your problems will not all be solved in 30 minutes, minus time for commercials. In real life, people actually have to leave the coffee shop to go to jobs. Your friends will not be as perky or pliable as Jennifer Aniston.

One version which appeared on the Internet in June 2002 asserted this was the text of a commencement speech given by Bill Gates to the graduating class of Mt. Whitney High School in Visalia, California. It wasn't: he didn't give such a speech, and administrators at that school were mystified as to why they were dragged into this apocryphal story.

Nor is this list the work of Kurt Vonnegut, another person to whom authorship has been attributed. A line found in those versions ("From a college graduation speech by Kurt Vonnegut, Jr.") explains why folks want to lay these random words of wisdom on his doorstep: In 1998, the Internet was swept with a narrative that has come to be known as the Vonnegut sunscreen speech. That work of inventive fiction was actually the product of Chicago Tribune writer Mary Schmich, but Internet-circulated versions claimed it was a college graduation speech given by Kurt Vonnegut. Vonnegut thus became associated in the minds of some people with pithy advice to young adults.

This list was the work of Charles J. Sykes, author of the 1996 book Dumbing Down Our Kids: Why American Children Feel Good About Themselves But Can't Read, Write, Or Add. (Sykes' list was published in numerous newspapers, although it did not appear in his 1996 book. It did, however, form the meat of Sykes' 2007 book, 50 Rules Kids Won't Learn in School: Real-World Antidotes to Feel-Good Education.)

Many online versions of the list omit the last three rules:

Rule No. 12:   Smoking does not make you look cool. It makes you look moronic. Next time you're out cruising, watch an 11-year-old with a butt in his mouth. That's what you look like to anyone over 20. Ditto for "expressing yourself" with purple hair and/or pierced body parts.

Rule No. 13:   You are not immortal. (See Rule No. 12.) If you are under the impression that living fast, dying young and leaving a beautiful corpse is romantic, you obviously haven't seen one of your peers at room temperature lately.

Rule No. 14:   Enjoy this while you can. Sure parents are a pain, school's a bother, and life is depressing. But someday you'll realize how wonderful it was to be a kid. Maybe you should start now. You're welcome.

Advice columnist Ann Landers printed the first ten items (uncredited) several times, and this list was also used by radio commentator Paul Harvey. The prize for misattribution, however, has to go to the Atlanta Journal and Constitution, which published the list twice in the space of three weeks in mid-2000, the first time crediting it to "Duluth state Rep. Brooks Coleman of Duluth," and the second time to Bill Gates.