Does the White House Have Solar Panels on Its Roof?

Jimmy Carter was the first president to have solar panels installed on the roof of the White House, back in 1979. 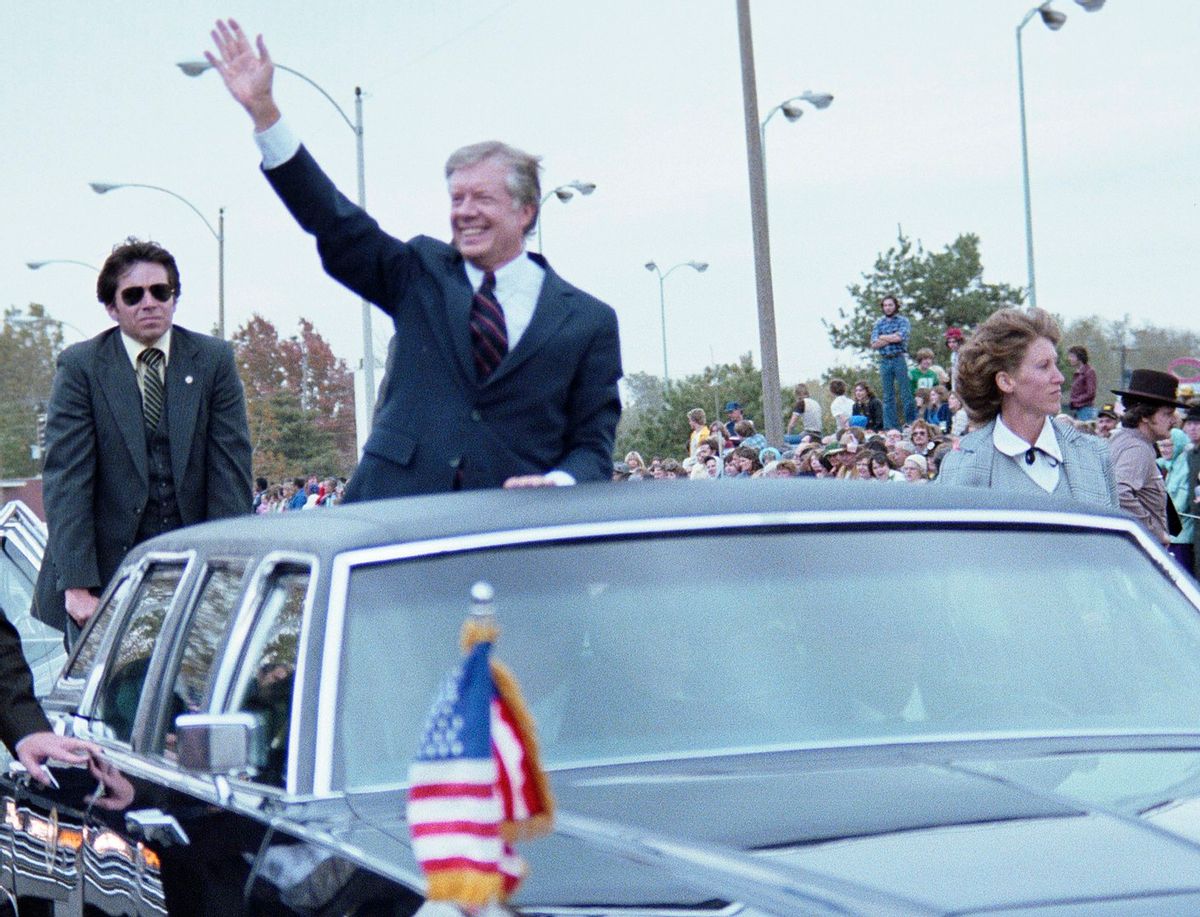 Claim:
The White House currently has solar panels on its roof.
Rating:

Former U.S President Jimmy Carter was considered to be ahead of his time on issues surrounding climate change, exemplified by his installation of solar panels on the rooftop of the White House in the 1970s. Years later, Reagan removed the panels when he came into power, and they returned decades after, during the Obama administration. Some sources have reported that the solar panels installed by Obama are still in place. We are in the process of verifying that.

A photograph of Carter showing off the panels he had installed at a dedication ceremony in 1979 was popular on Reddit in September 2022:

The above caption does correctly state that Carter displayed the solar panels to guests at the White House, but it's incorrect as to when Carter’s successor, President Ronald Reagan, had the panels removed. Carter had 32 panels installed there, and for seven years they were used to heat water in the household until the Reagan administration removed them in 1986 -- not two years later as the post claims. According to the Smithsonian National Museum of American History, which now has one of the original panels in its collection, they were a symbol of Carter’s faith in “the power of the sun.”

The above photograph is taken from the Jimmy Carter Presidential Library collection, and was published in The New York Times and The Atlanta Journal-Constitution. The same image can be seen on Britannica. The New York Times' caption stated: “In 1979, President Carter showed off new solar panels on the West Wing that would provide hot water for the White House.”

Various shots from that event are available in the National Archives catalog, and shots of that particular moment can be seen in the bottom half of the photographic film scans. These photographs were taken at the White House dedication event for the solar panels. At the ceremony, which was held in June 1979, Carter said:

In the year 2000 this solar water heater behind me, which is being dedicated today, will still be here supplying cheap, efficient energy [...] A generation from now, this solar heater can either be a curiosity, a museum piece, an example of a road not taken or it can be just a small part of one of the greatest and most exciting adventures ever undertaken by the American people.

Other photographs from the same event show the panels more clearly displayed on the rooftop of the White House's Cabinet Room, which is where the dedication event appears to take place. What happened to those panels after they were removed? According to Scientific American, one ended up at the National Museum of American History, one is in the Carter Library, and one is at the Solar Science and Technology Museum in Dezhou, China.

In 2010, then-U.S. President Barack Obama announced that solar panels would once again be installed on the White House rooftop. The installation was completed in 2014. The video below highlights the process:

Bergman, Megan Mayhew. “‘Decades Ahead of His Time’: History Catches up with Visionary Jimmy Carter.” The Guardian, 4 May 2021. The Guardian, https://www.theguardian.com/us-news/2021/may/03/jimmy-carter-climate-change-carterland-film-biography. Accessed 6 Oct. 2022.