A supposed photograph of a solar eclipse taken from space was actually a digital creation. 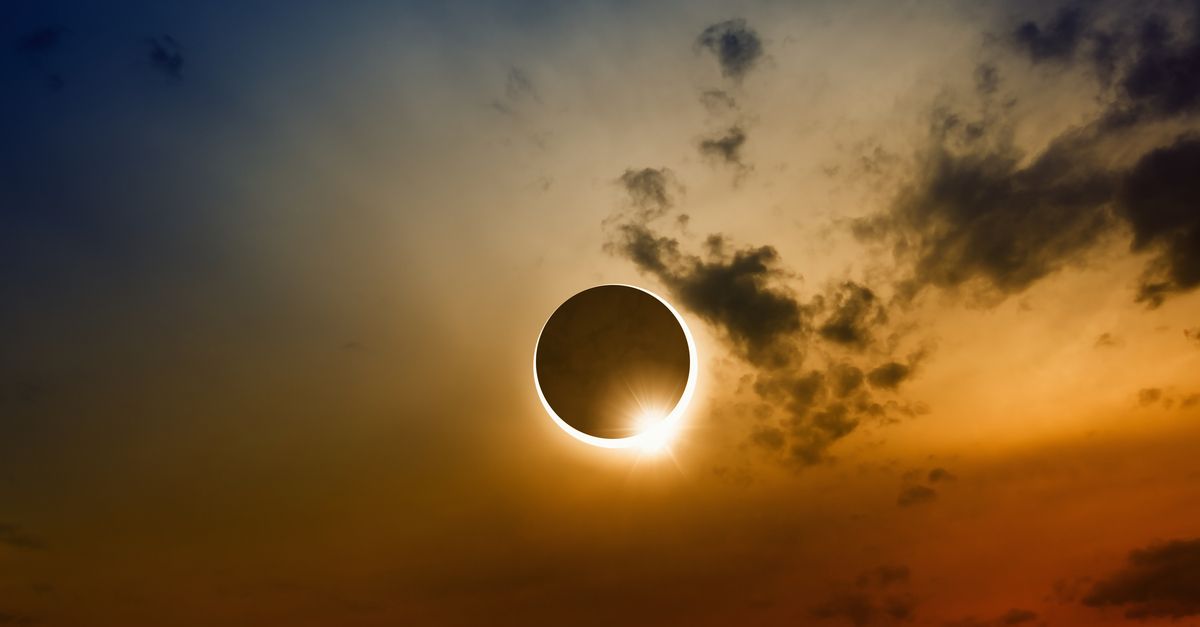 Claim:
A photograph captures a solar eclipse as seen from space.
Rating:

An image was commonly circulated online in mid-2012 that was billed as a photograph taken from space (via the International Space Station) of a 2012 solar eclipse visible from North America:

I refuse to believe this image of the eclipse is real, as much as I wish it were. Not that it couldn't be real. It can. I've seen plenty of photos of eclipses taken from space, but this one is just too awesome to be real. The image was not a photograph of that celestial event, however -- or a photograph at all. It was purely a work of Digital/3-Dimensional Art that was posted to the DeviantART web site back in 2009.