Does a Video Show Soil Liquefaction?

We can say this ... the video of people running across a waterbed-like field is real. 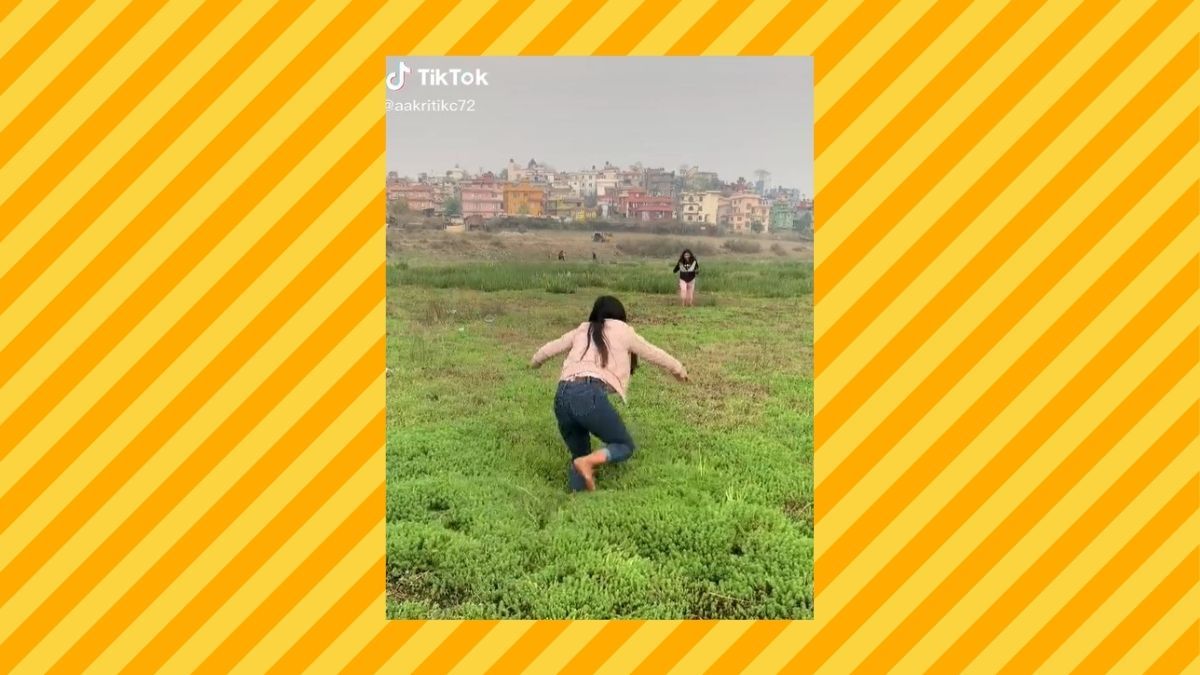 In April 2021, a video showing two women running across a field of wobbly, water-like grass was widely circulated on social media along with the caption "soil liquefaction."

This is a genuine video. However, this does not appear to show "soil liquefaction."

This original video, which was posted on TikTok by aakritikc72 on March 31, 2021, has close to 30 million views at the time of this writing.

The video was taken at a park in Patan, Nepal, called Mal Pokhari. Interestingly, it seems like this wobbly, wavy grass is a permanent (or at least recurring) feature of this park. In addition to several other videos from Aakritikc72 showing people running around on this field, an Instagram user captured a similar scene at Mal Pokhari in 2018:

Another video from 2017 shows a woman walking across the "swamp" area:

But is it soil liquefaction?

The United States Geological Survey (USGS) writes that "liquefaction takes place when loosely packed, water-logged sediments at or near the ground surface lose their strength in response to strong ground shaking." The Department of Civil Engineering at the University of Washington provided a similar definition: "Liquefaction is a phenomenon in which the strength and stiffness of a soil is reduced by earthquake shaking or other rapid loading."

That doesn't appear to be what happened here. For one, we found multiple videos of this wobbly grass over the span of at least four years. This doesn't fit with the idea that this wave-like grass was caused by liquefication after an earthquake. Rather, it seems that this viral scene is the result of flooding.

The Mal Pokhari park sits on the edge of the Bagmati River. We can't say with absolute certainty, but it appears that this video shows an area of the park after a flood that caused some of the water to be trapped beneath the surface, similar to a "lawn bubble" or "lawn blister."

In short, this viral video is certainly real, but we have been unable to definitively determine what caused the wobbly grass. We'll update this article when more information becomes available.