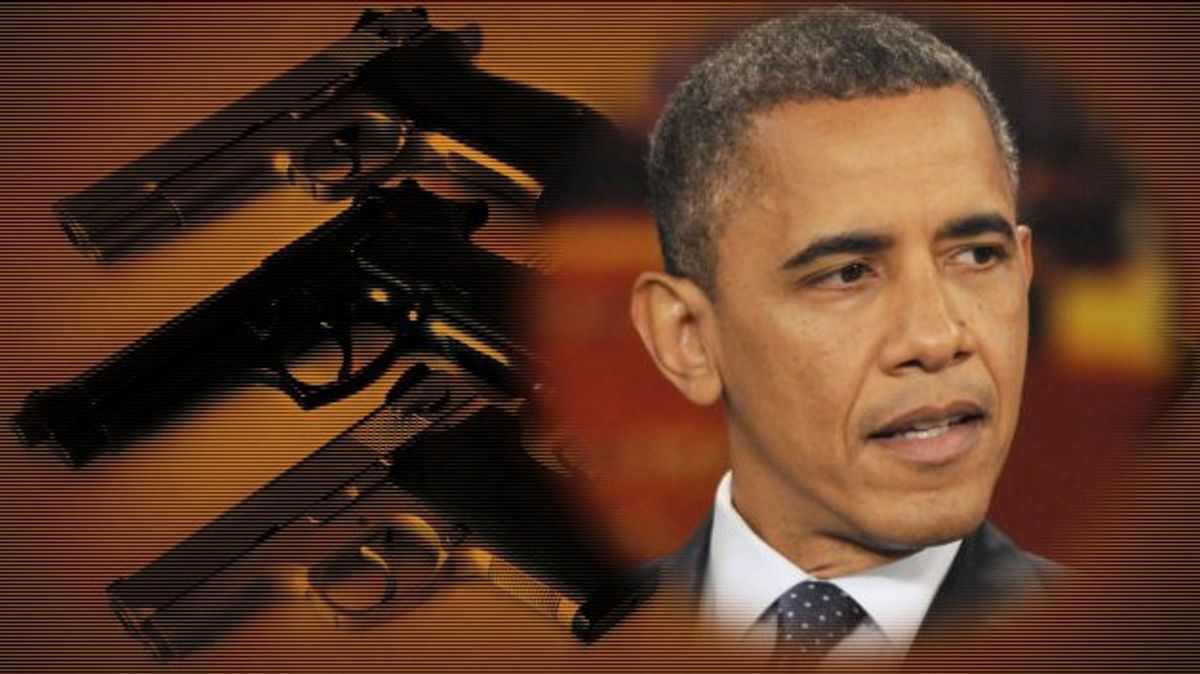 A new Social Security Administration rule would add Social Security disability recipients who have been deemed unable to manage their own affairs to the federal background check system for gun purchases.

All Social Security recipients are not being barred from owning or purchasing guns, and persons affected by the new rule can appeal their inclusion in the background check database.

In July 2015, the Social Security Administration (SSA) proposed — and in December 2016 issued — new rules to "implement provisions of the NICS Improvement Amendments Act of 2007 (NIAA) that require Federal agencies to provide relevant records to the Attorney General for inclusion in the National Instant Criminal Background Check System (NICS)."

The rule update was originally tagged as part of an effort by the Obama administration to strengthen gun control efforts after the 2012 Sandy Hook Elementary School shooting, efforts that include trying to plug holes in the firearms purchase background check system. The intent of the rule is to bring the Social Security Administration in line with other laws that regulate who gets reported to the National Instant Criminal Background Check System (NICS), a database used to prevent gun sales to excluded classes such as felons, drug addicts, dishonorably discharged service members, fugitives, and illegal immigrants.

The rule would require that the Social Security Administration report to the Attorney General, for inclusion in the NICS, Social Security recipients who have been deemed unable to manage their own affairs due to "marked subnormal intelligence, or mental illness, incompetency, condition, or disease":

Criteria for inclusion in the NICS include that an individual is disabled based on a finding that the individual’s impairment(s) meets or medically equals the requirements of one of the mental disorders listings. These listings consist of medical conditions that we consider severe enough to prevent a person from doing any gainful activity, regardless of age, education, or work experience. Individuals whose impairments meet a listing are the most severely disabled individuals we serve. If we find an individual to be disabled based on a listing-level mental impairment, and he or she satisfies all of the remaining requirements, we are required to report them to the NICS. If we do not find an individual to be disabled based on a mental impairment, he or she has not met the reporting requirements and we will not report them to the NICS.

Such persons would thus be unable to purchase firearms unless they successfully appealed the removal of their names from the NICS database through an established appeals process. Opponents of the rule have maintained that the implementation of a process to automatically report impaired individuals to the background check system could unfairly exclude large numbers of people who pose no real danger to others through gun ownership:

Though such a ban would keep at least some people who pose a danger to themselves or others from owning guns, the strategy undoubtedly would also include numerous people who may just have a bad memory or difficulty balancing a checkbook, the critics argue.

"Someone can be incapable of managing their funds but not be dangerous, violent or unsafe," said Dr. Marc Rosen, a Yale psychiatrist who has studied how veterans with mental health problems manage their money. "They are very different determinations."

Rosen said some [people] may avoid seeking help for mental health problems out of fear that they would be required to give up their guns.

Ari Ne'eman, a member of the National Council on Disability, said the independent federal agency would oppose any policy that used assignment of a representative payee as a basis to take any fundamental right from people with disabilities.

"The rep payee is an extraordinarily broad brush," he said.

Other critics maintain that the appeals process established by the rule is an unfairly onerous one:

[T]he rule forces affected beneficiaries to file a petition for “restoration” of rights and to somehow prove their possession of firearms would not harm public safety or the public interest, even though the government never established, or tried to establish, the contrary. Regarding the expense of the psychological and medical evaluations required for this purpose, the administration claims it should be “reasonable,” although it does not and cannot claim it will actually be affordable to those who are affected by the rule.

The federal background check system was created in 1993 through the Brady Handgun Violence Prevention Act (named after White House Press Secretary James Brady, who was severely wounded during the 1981 assassination attempt on President Reagan) and requires gun stores to check the names of prospective buyers through the system before every sale. The database holds over 13 million records, entered at the local, state, and federal level, but it has not always served its intended purpose due to inconsistencies in reporting and use — for example, after Seung-Hui Cho killed 32 people in the 2007 Virginia Tech shooting, it was found that he had been declared mentally ill by a court and ordered to undergo treatment, but the law in effect at the time did not require that he be added to the NICS database.

A similar system already in use by the VA for beneficiaries has drawn similar criticisms:

The VA reports names under a category in gun control regulations known as "adjudicated as a mental defective," terminology that derives from decades-old laws. Its only criterion is whether somebody has been appointed a fiduciary.

More than half of the names on the VA list are of people 80 or older, often suffering from dementia, a reasonable criterion for prohibiting gun ownership.

But the category also includes anybody found by a "court, board, commission or other lawful authority" to be lacking "the mental capacity to contract or manage his own affairs" for a wide variety of reasons.

The agency's efforts have been criticized by a variety of groups.

Social Security would generally report names under the same "mental defective" category. The agency is still figuring out how that definition should be applied.

About 2.7 million people are now receiving disability payments from Social Security for mental health problems, a potentially higher risk category for gun ownership. An addition 1.5 million have their finances handled by others for a variety of reasons.

Since 2008, VA beneficiaries have been able to get off the list by filing an appeal and demonstrating that they pose no danger to themselves or others.

But as of April [2015], just nine of 298 appeals have been granted, according to data provided by the VA. Thirteen others were pending, and 44 were withdrawn after the VA overturned its determination of financial incompetence.

Although this rule implementation has been reported in some quarters as an attempt to bar all Social Security recipients from gun ownership, it would pertain exclusively to the subset of Social Security disability recipients who have been deemed incompetent to handle their own financial affairs.