Does Placing a Bar of Soap in Your Bed Combat Leg Cramps?

Old home remedy holds that placing a bar of soap between your bedsheets will help prevent leg cramps. 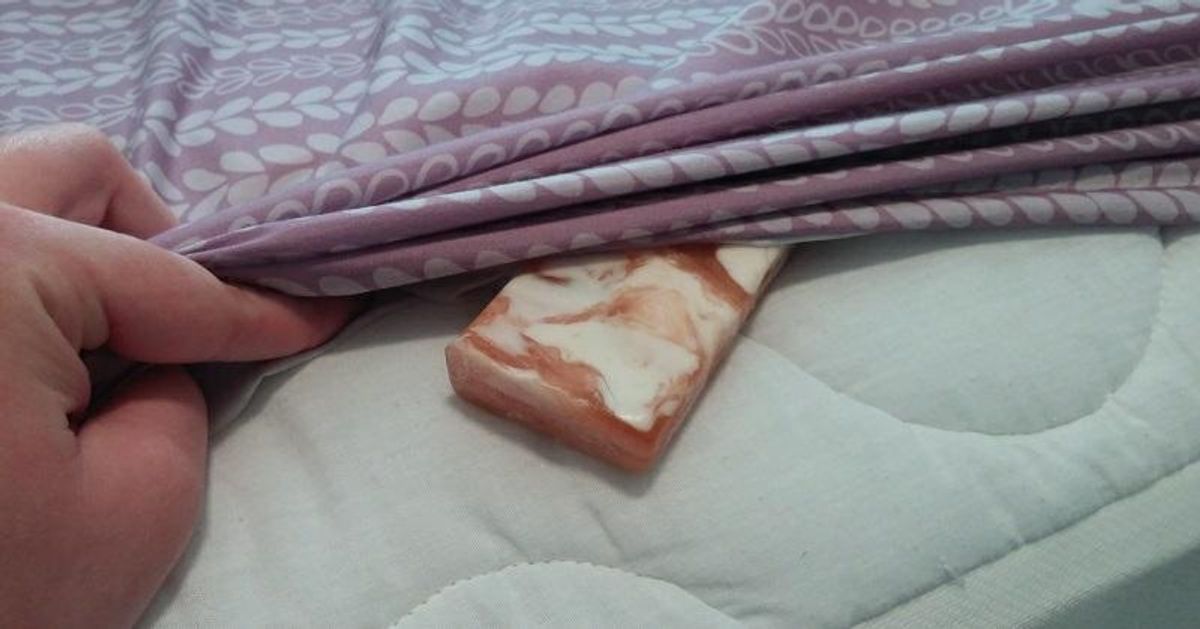 Claim:
Placing a bar of soap between your bedsheets will help prevent leg cramps.
Rating:

Many people are plagued by nocturnal leg cramps, those involuntary and agonizing muscle contractions that strike in the depths of the night, waking sleepers with jolts of pain that leave them awash in waves of suffering until the kinks finally relax.

While many possible causes have been posited for these contractions, those afflicted by them are far more concerned with getting rid of these debilitating cramps than they are with understanding their origin. Over the years, many preventions have been suggested, including:

While all of the above have been said to avert the problem in at least some cases, one further suppression trick appears to work, at least according to anecdotal information, for almost everyone so bedeviled: sleeping with a bar of soap in the bed. No one has yet produced a plausible explanation as to why snoozing with one's Ivory might stave off those devastating nocturnal leg cramps, yet the reports of its doing so are numerous.

Slipping a bar of soap into the bed as a leg cramp prevention has been advanced by a number of authorities, both medical and otherwise. Ann Landers has mentioned the soap cure in her column on a number of occasions, with each airing prompting a load of letters from readers thanking her for this information because it worked wonders for them. "They were thrilled and grateful to be liberated from those leg cramps," said Ms. Landers.

As to how this works — or even if it does — we're still in the dark. Perhaps soap releases something into the air that is beneficial to those predisposed to this condition, with the bedsheets working to contain the helpful emissions to the area where they are needed. Or perhaps this is a case of believing making it so — the soap itself has no effect, but the sufferer's faith in the procedure serves to effect the miracle.

Yet skepticism aside, for those subject to nocturnal leg cramps, this bit of folk wisdom is clearly worth a try, in that the only potential downside is their having to share their beds with slivers of soap. (Well, that and having their spouses think them a bit loony.) As to what sort of product and where to place it in the bed, although some who pass along this bit of housewifely lore indicate specifics such as the soap's having to be unwrapped or not be a specific brand (Dial and Dove are often mentioned as bars to eschew), those who swear by the procedure have had success whether they used large bars or the small ones commonly found in hotel rooms, whether the cakes of soap were wrapped or unwrapped, and whether the afflicted leg was rested on top of the soap or not. As for which brand is best, cautions against Dove and Dial to the contrary, they all seem to work about the same.

Regarding what to do about an existing leg cramp, folk wisdom once again offers a variety of potential answers: