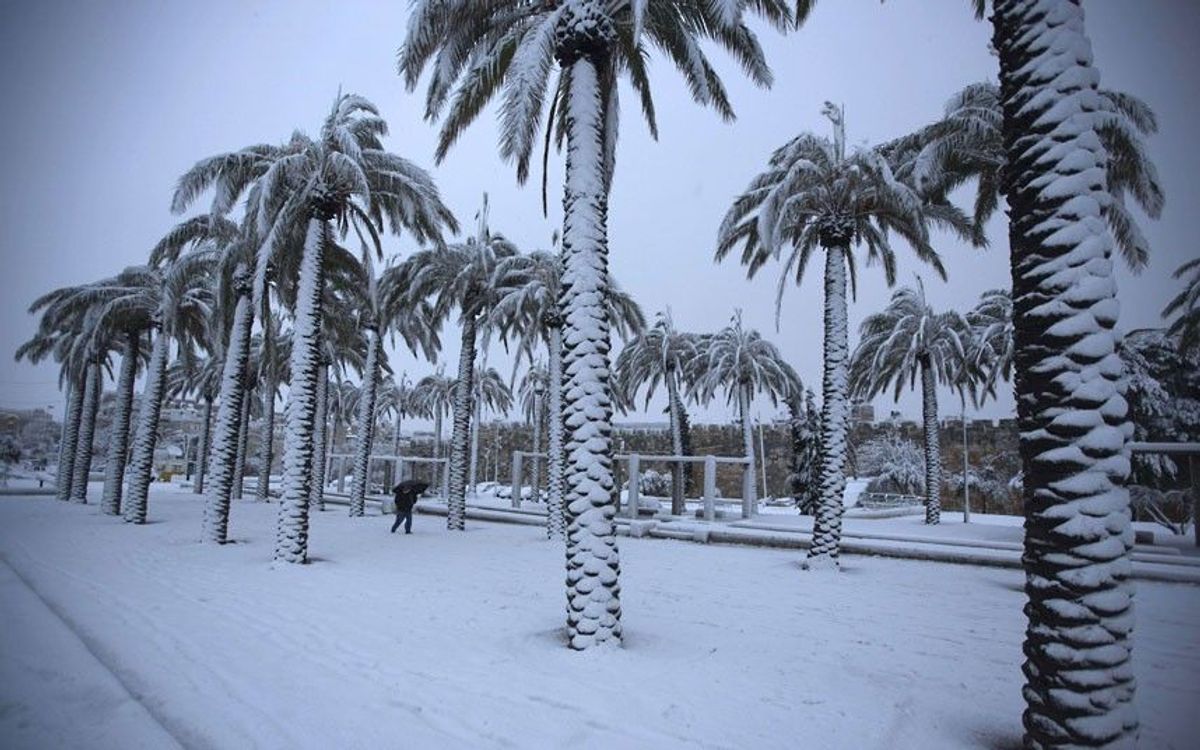 The photograph of snow-covered palm trees seen here was taken in Saudi Arabia.

In January 2016, news accounts from the Middle East reported that parts of Saudi Arabia had experienced the uncommon weather phenomenon (for that area) of heavy snowfall, particularly along the important roadway between Mecca and Medina:

Heavy snow fell on the highway between Meccah and Al-Medinah.

The mountainous regions of Al-Souda and other parts of Saudi Arabia are also snowcapped.

The Presidency of Meteorology and Environment Protection forecast cold weather to continue for the coming two days.

Various residents also posted photographs to social media showing the snow that blanketed the highway from Mecca to Medina:

The starkly beautiful photograph of snow-covered palm trees (seen above) that sometimes accompanied such reports originated with a different time and place, however. It's an Agence France-Presse photograph from three years earlier taken not in Saudi Arabia but in Jerusalem:

A Palestinian man walks near palm trees as snow falls in Jerusalem's old city on January 10, 2013. Jerusalem was transformed into a winter wonderland after heavy overnight snowfall turned the Holy City and much of the region white, bringing hordes of excited children onto the streets.