Does This Video Show Heavy Snowfall in Arabian Desert?

Millions of people have watched the clip of snow covering camels. 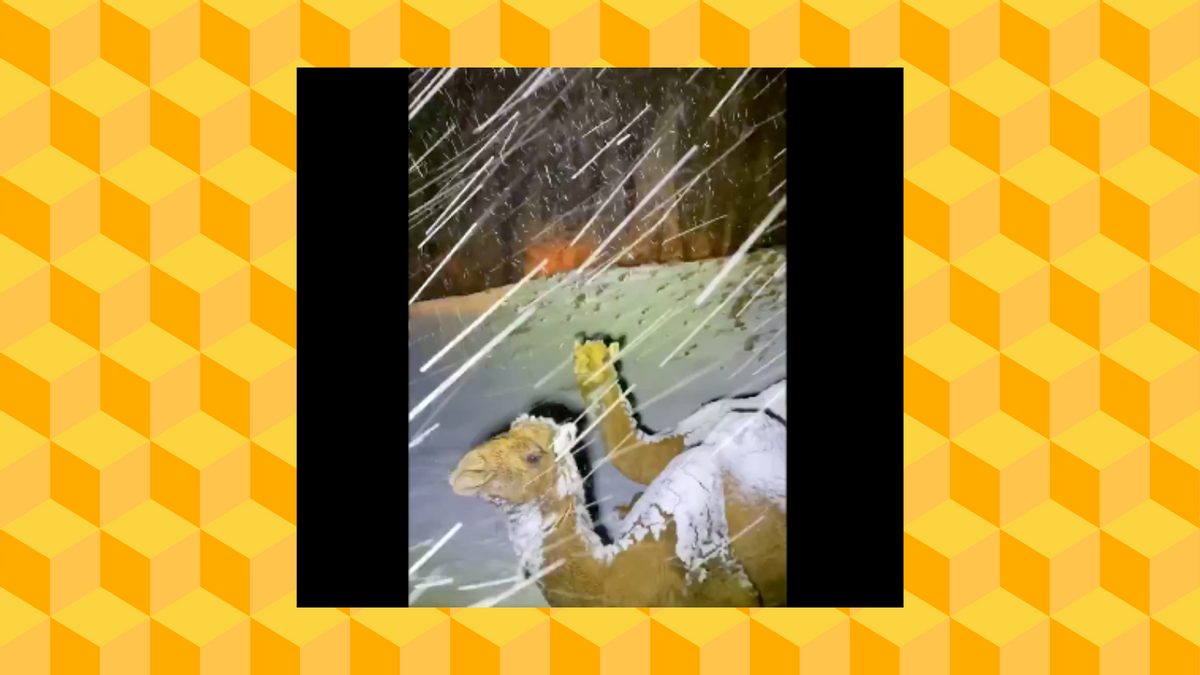 Viewers framed the footage as an authentic recording of weather in the area of Saudi Arabia's northwestern city of Tabuk on Feb. 18, according to the original video (screenshot below) and Google's Arabic-to-English translation of its caption on Twitter. They were correct. According to news reports citing meteorologists and a statement by an embassy official, the video indeed captured heavy snowfall in the mountainous area.

"There is no one denying climate change, but it’s also not that rare for this region — Tabuk, in northwestern Saudi Arabia — to experience snow," said Fahad Nazar, the spokesperson for Saudi Arabian embassy in Washington, D.C., according to the news outlet. "Contrary to popular perception, not every region in the Kingdom is warm year-round."

Residents and visitors have begun flocking to the northwestern city of Tabuk in Saudi Arabia which began to experience snowfall in the early hours of Thursday, with much more expected over the weekend. [...]

Snow blanketed parts of the Kingdom’s northern cities earlier last month. The last time the Kingdom experienced as much snowfall came in 2018, when locals and tourists took to fun snow activities like riding sleighs and snowball fights.

The official Twitter accounts for Al Arabiya English and Arab News shared the above-mentioned viral video of the camels in the snow.